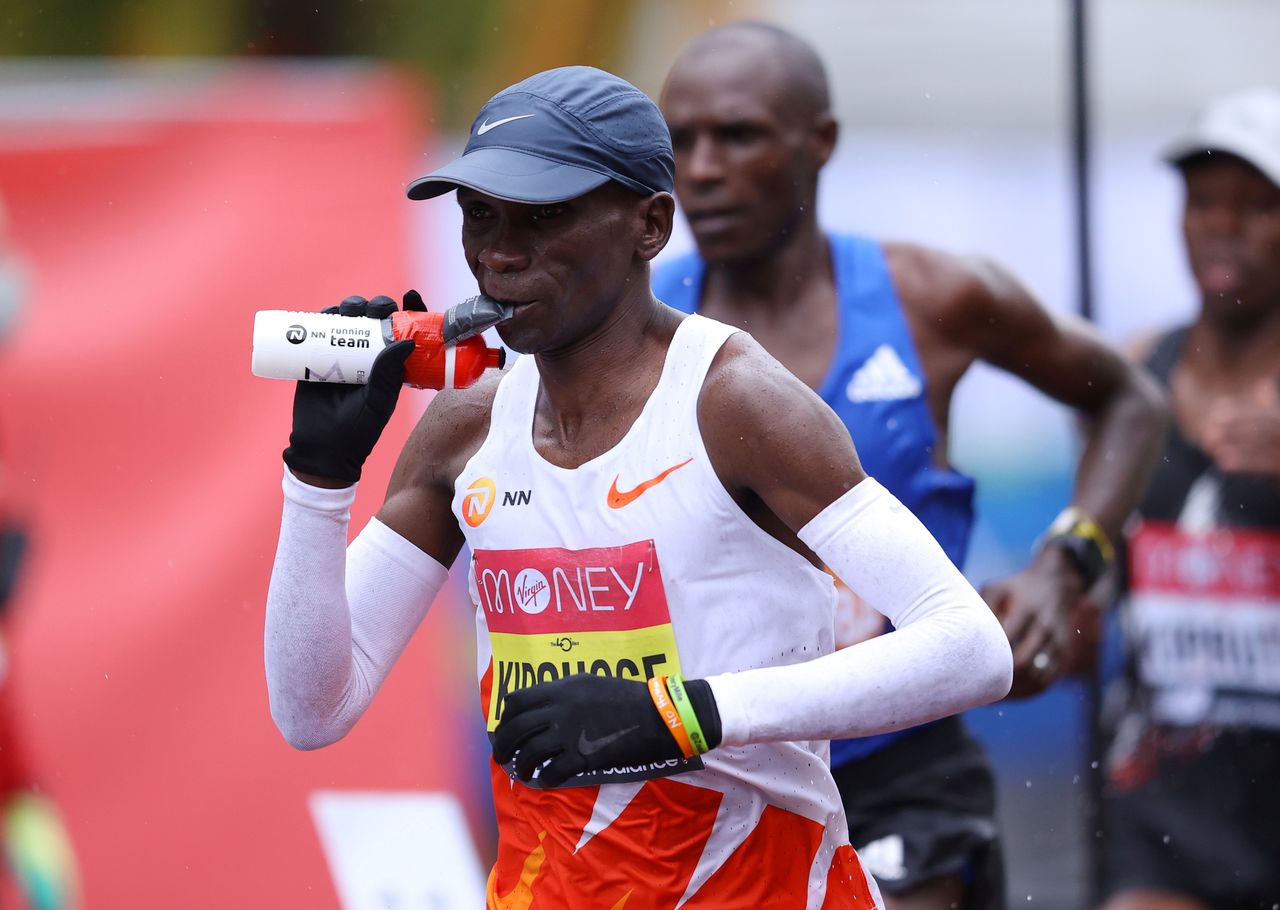 The Kenyan, who overcame humid conditions in Tokyo earlier this month to claim gold in the marathon, was among a host of runners who ran in specially designed Nike shoes fitted with carbon-fibre plates for more spring and quicker times, once again rekindling a debate around "technological doping".

"If we don't embrace technology then we are not moving... I know regulations will be there but technology should take centre stage," Kipchoge told Reuters.

"Let all athletes have top technology, have top innovation. That's the only way to think and actually try to improve your performance."

Other athletes such as Karsten Warholm, who won the Olympic 400 metres hurdles title in world record time, have been critical of rapidly advancing shoe technology.

"When somebody does a great performance now, everybody will question if it's the shoe, and that is the credibility problem," the Norwegian told Reuters earlier this month.

Kipchoge's footwear played a big part in him becoming the first man to run a marathon in under two hours in 2019, a remarkable feat that is now the subject of a new documentary, "Kipchoge: The Last Milestone".

The film chronicles how Kipchoge worked with scientists and a group of fellow elite runners to run in an unofficial world record time of one hour, 59 minutes and 40 seconds in Vienna two years ago, an achievement many thought was impossible.

The 36-year-old said that his message of "no human is limited" extends beyond sport as he looks to inspire people from all walks of life.

"(This) is a huge message, not actually facing sportsmen and sportswomen alone. It's all around, it touches every profession... my lasting legacy will be purely about inspiration because that's what I want to drive in the mind of every human being in this world."

Kipchoge added that retirement was not on his mind as he was motivated to keep chasing titles by athletes who were still competitive well into their 30s and even 40s.

"I am being inspired by many people, the footballers, (Cristiano) Ronaldo is doing well (at 36), (Lewis) Hamilton is still very sharp as far as Formula One is concerned, Valentino Rossi is driving in the MotoGP at 42," said Kipchoge.

"For now I have to rest, pick up training in September and plan what next... I am enjoying what happened in Tokyo for now. So I'm mixing rest and enjoying the medal. But all in all there are still good things in the future."

(Writing by Dhruv Munjal in Bengaluru, editing by Pritha Sarkar)