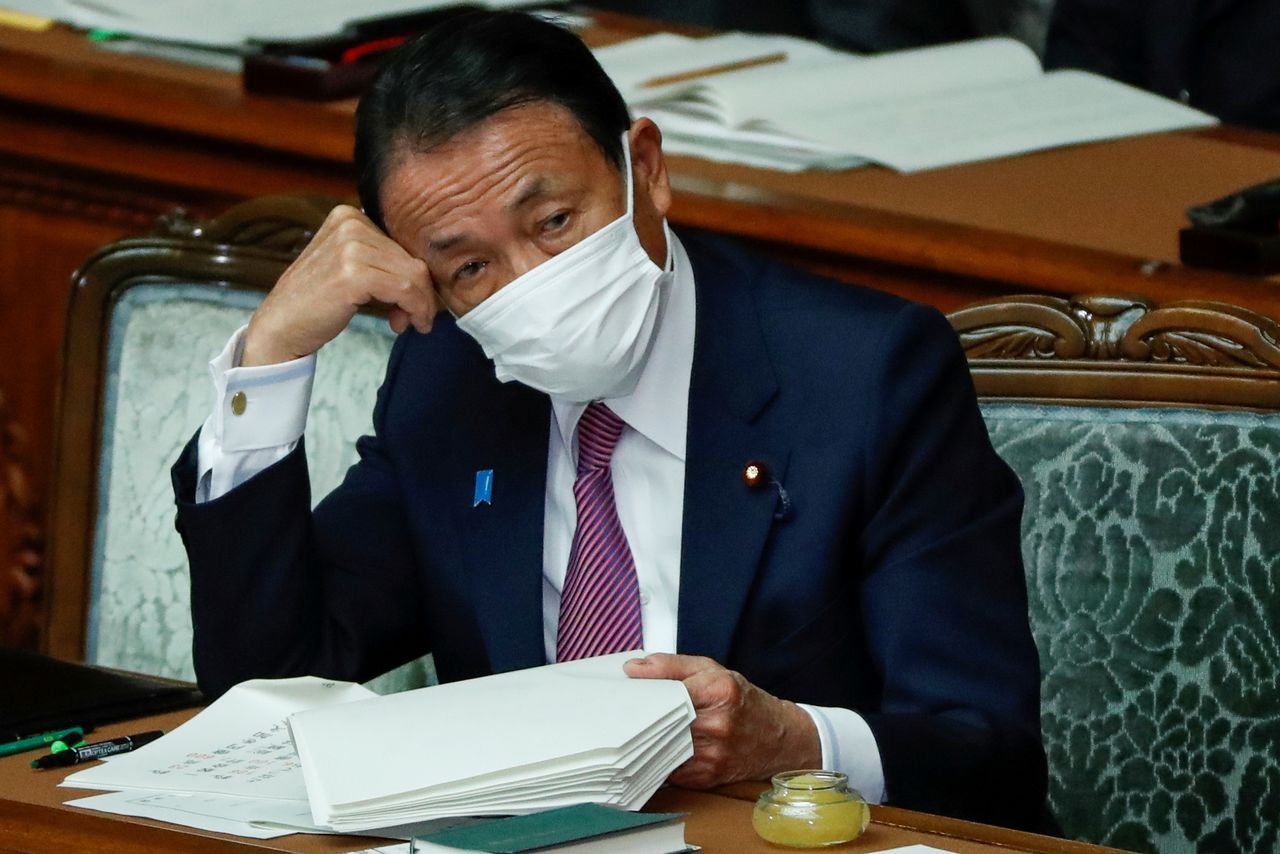 TOKYO (Reuters) -Japan is expected to see combined budget requests from government ministers for next the fiscal year hit a record exceeding $1 trillion as the cost to combat the COVID-19 pandemic accumulates, the Nikkei newspaper reported on Thursday.

The amount will include roughly 30 trillion yen ($273 billion) requested by the finance ministry to fund debt-servicing costs, with the balance of outstanding government bonds set to reach 990 trillion yen by the March end of the current fiscal year, the paper said, without citing sources.

The requests highlight the heavy burden the pandemic is adding to Japan's finances, which has been under strain from increasing social welfare costs for a rapidly ageing population.

The requests will be scrutinised by the finance ministry, which will draft next fiscal year's draft budget usually around December.

Japan will expand states of emergency curbs to eight more prefectures from Friday, taking the total to 21 regions from Hokkaido in the north to the southern island of Okinawa and covering nearly 80% of its population.

With slow vaccinations and handling of the pandemic hitting his support ratings, Prime Minister Yoshihide Suga is under pressure to deploy another relief package to appeal to voters ahead of general elections scheduled later this year.

Tokyo has so far deployed massive stimulus packages totalling $3 trillion to combat the pandemic, adding to a debt pile that is already the biggest among major economies.