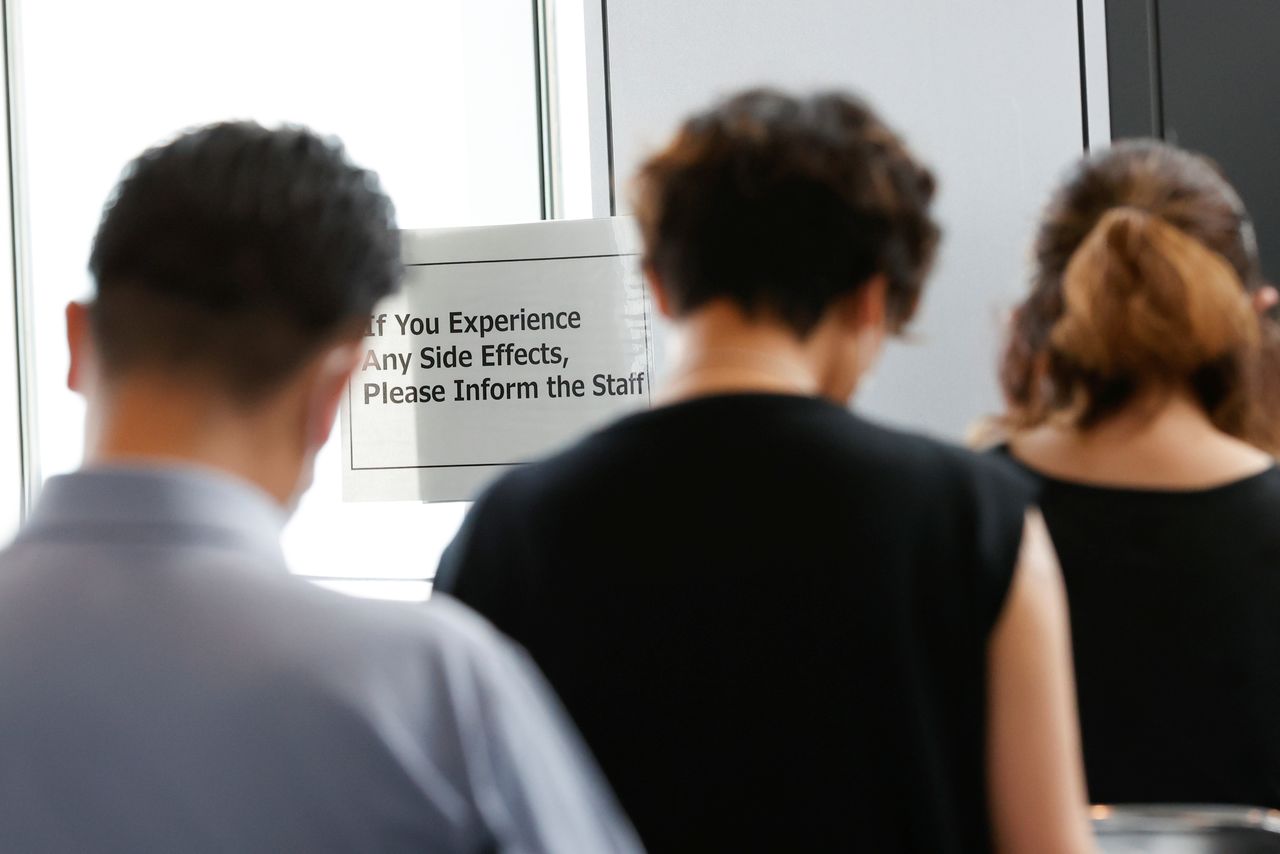 BRUSSELS/TOKYO (Reuters) - Production of Moderna COVID-19 vaccines at a plant in Spain can continue, the European Union drugs regulator said on Friday, while it carries out its investigation of a suspected metallic contamination incident.

Japan on Thursday suspended the use of 1.63 million doses https://www.reuters.com/world/asia-pacific/japan-withdraws-16-mln-moderna-covid-19-vaccine-doses-over-contamination-nikkei-2021-08-25 shipped to 863 vaccination centres nationwide, more than a week after the domestic distributor, Takeda Pharmaceutical, received reports of contaminants in some vials.

The contaminant found in a batch delivered to Japan is believed to be a metallic particle, Japanese public broadcaster NHK reported, citing health ministry sources.

The European Union drugs regulator said it was investigating the incident at the Spanish plant run by Rovi, but did not find reasons to seek a temporary suspension of production after an initial assessment.

"COVID-19 vaccine production in Rovi is able to continue, following a preliminary risk assessment," the European Medicines Agency told Reuters in a statement.

"An investigation into the root cause is ongoing. EMA will be able to provide more information as the investigation progresses," it added.

Moderna has so far delivered to the EU nearly 75 million doses of its COVID-19 vaccine, EU public data show. The company has two contracts with the 27-nation bloc for up to 460 million shots.

Spanish pharma company Rovi, which bottles Moderna vaccines for markets outside of the United States, said the contamination could be due to a manufacturing issue on a production line. A spokesperson said the company could not say anything more while it was investigating.

Moderna put the lot in question and two adjacent ones on hold.

NHK, in a report published late on Thursday, cited health ministry sources as saying the contaminant was believed to be a particle that reacted to magnets and was therefore suspected to be a metal. Moderna has described it as "particulate matter" that did not pose a safety or efficacy issue.

A Japanese health ministry official said the composition of the contaminant has not been confirmed. In a statement, Takeda said it asked Moderna to investigate the issue and that it would work with the ministry to replace the affected supply.

News of the contaminant could prove a fresh setback for Japan's inoculation drive as it struggles to persuade many - particularly young people - to get vaccinated.

On Friday, eight more prefectures entered a state of emergency https://www.reuters.com/world/asia-pacific/japan-seeks-state-emergency-expansion-8-more-prefectures-minister-2021-08-24, meaning about 80% of Japan's population is under coronavirus restrictions. The government reported nearly 25,000 new infections and severe cases at a record 2,000 for Thursday.

The ministry described the suspension of the Moderna batches as a precaution but it prompted several Japanese companies to cancel worker vaccinations and the European drugs regulator to launch an investigation.

Airline ANA Holdings Inc said it had secured more Moderna supplies and would resume inoculations on Saturday after a two-day suspension of the shots.

Another health ministry official said it would take "some time" to tell how many shots from the contaminated batch had been administered in Japan. Kyodo News estimated at least 176,000 have been used based on municipalities' figures.

About 54% of Japan's population has received at least one dose, according to a Reuters tracker. Taro Kono, the minister in charge of the vaccination programme, said he did not expect the contamination issue to affect the government's goal of fully inoculating the adult population by November.