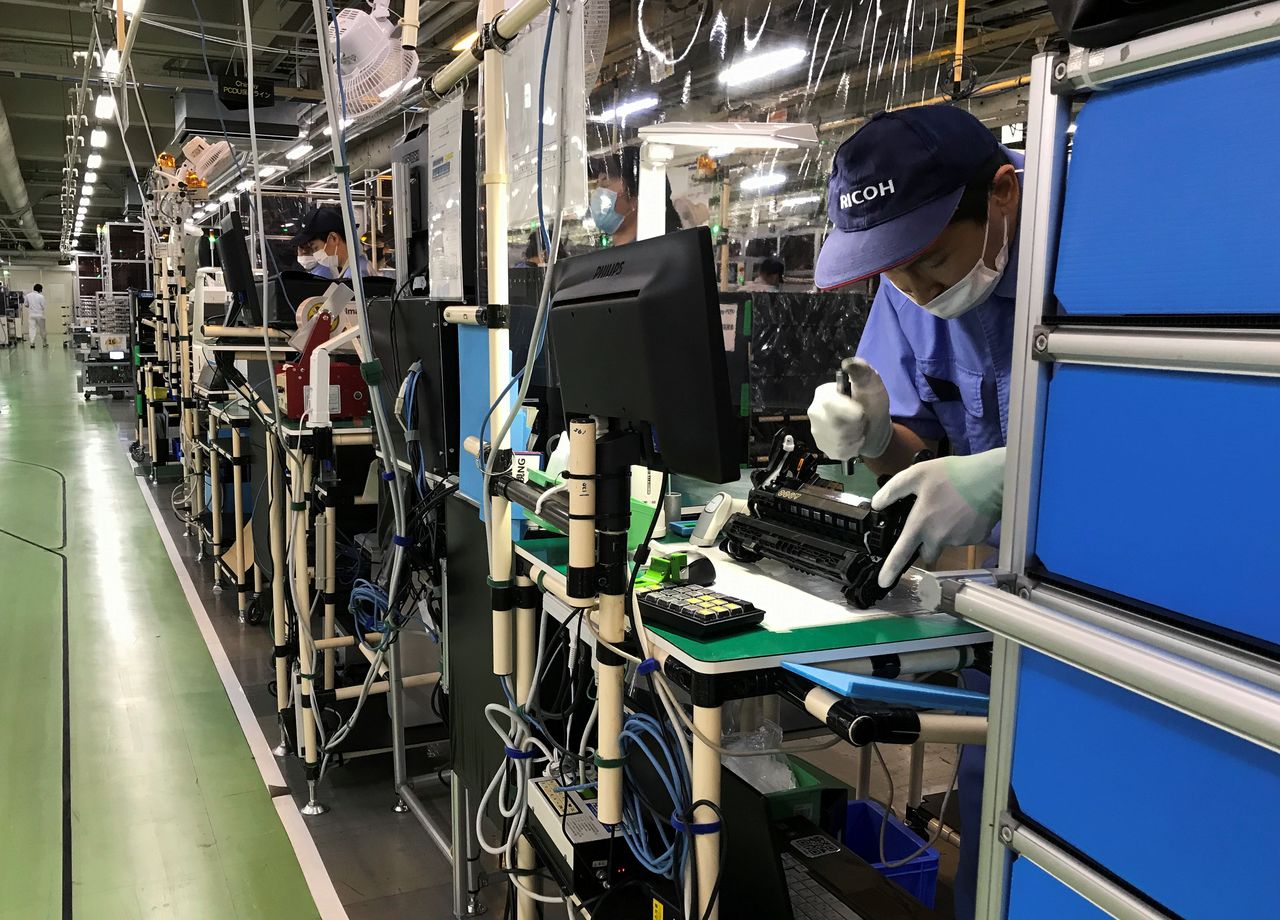 TOKYO (Reuters) - Japan's industrial output likely fell in July as export demand for capital goods stagnated and supply chains were further disrupted by the spread of the Delta coronavirus variant in Asia, a Reuters poll showed on Friday.

The poll also showed retail sales, a key barometer of consumer spending, were expected to post a fifth straight month of year-on-year gains in July, helped by growing demand for electronics and clothing.

Factory output was projected to have fallen 2.5% from the previous month in the poll of 18 economists, dropping into contraction after a sharp 6.5% jump in June, the highest growth since July 2020.

"With the chip shortage issue, the global spread of the Delta variant and particularly its impact on parts supply from Southeast Asia puts pressure on production" by Japanese manufacturers, said Takeshi Minami, chief economist at Norinchukin Research Institute.

Analysts at SMBC Nikko Securities attributed the expected output drop to weak Asia-bound machinery exports, while adding that a recovery in car production was likely to offset some of the decline.

For retail sales, analysts in the poll forecast growth of 2.1% from the same month a year earlier, picking up speed after a 0.1% increase in June.

But pressure from the health crisis was likely to remain a drag on consumption trends, with the year-on-year figure expected to be skewed due to statistical base effects reflecting last year's slide.

The country's unemployment rate in July was expected to hold steady at 2.9% in the Friday poll. The jobs-to-applicants ratio, a measure of jobs' availability, was forecast to fall to 1.12 from 1.13 in June.