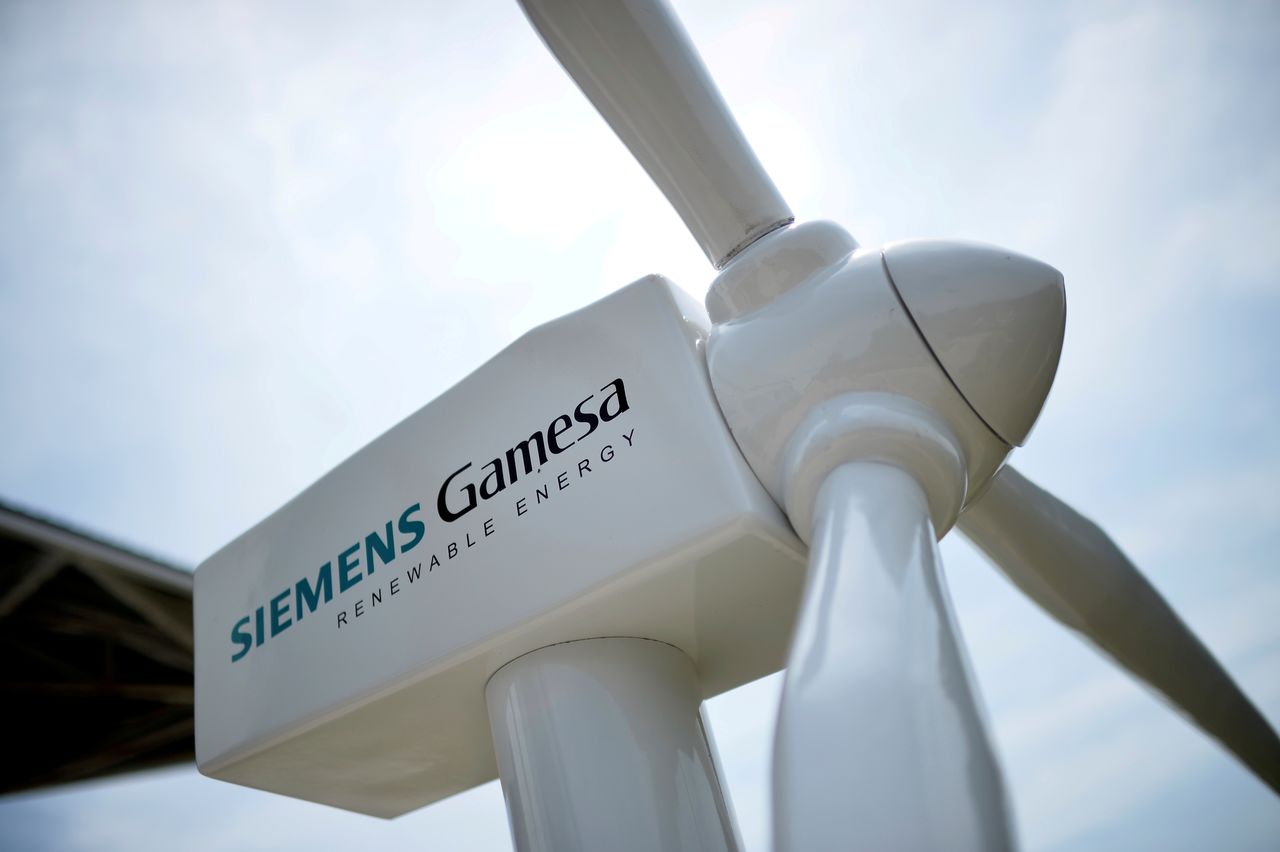 FILE PHOTO: A model of a wind turbine with the Siemens Gamesa logo is displayed outside the annual general shareholders meeting in Zamudio, Spain, June 20, 2017. REUTERS/Vincent West

"We are giving up local direct business in China because it is no longer of interest to us," Andreas Nauen was quoted as saying by the magazine on Friday.

Nauen said the company will continue to produce wind turbines in China's Tianjin, but only for export to other markets in the region including Japan.

But the company, headquartered in northern Spain, will continue to sell blades for offshore turbines made at its factory in Shanghai to Chinese client Shanghai Electric as well as customers abroad, a spokesperson said.

Despite strong global demand for products linked to a broad shift to low-carbon energy, Siemens Gamesa has issued a series of profit warnings, blaming soaring costs for materials like steel and problems related to the launch of a new turbine.

Siemens Gamesa shares were down 2.4% on the day at 0934 GMT. It was not immediately clear whether the fall, which compounds an almost 25% slump so far this year, was connected to the decision about China.

Parent company Siemens Energy, which was spun off from Siemens AG last year, is piling pressure on the turbine maker to turn around its flagging onshore business.

Nauen said Siemens Gamesa was also putting operations in Russia under review, and would be more cautious in Turkey, where tender rules require a large proportion of turbine components to be made locally.

In Russia, "projects there are very risky because ... building a wind farm on land is only possible for a few frost-free weeks a year," Nauen said.

(Reporting by Riham Alkousaa in Berlin and Isla Binnie in Madrid, editing by Thomas Escritt)