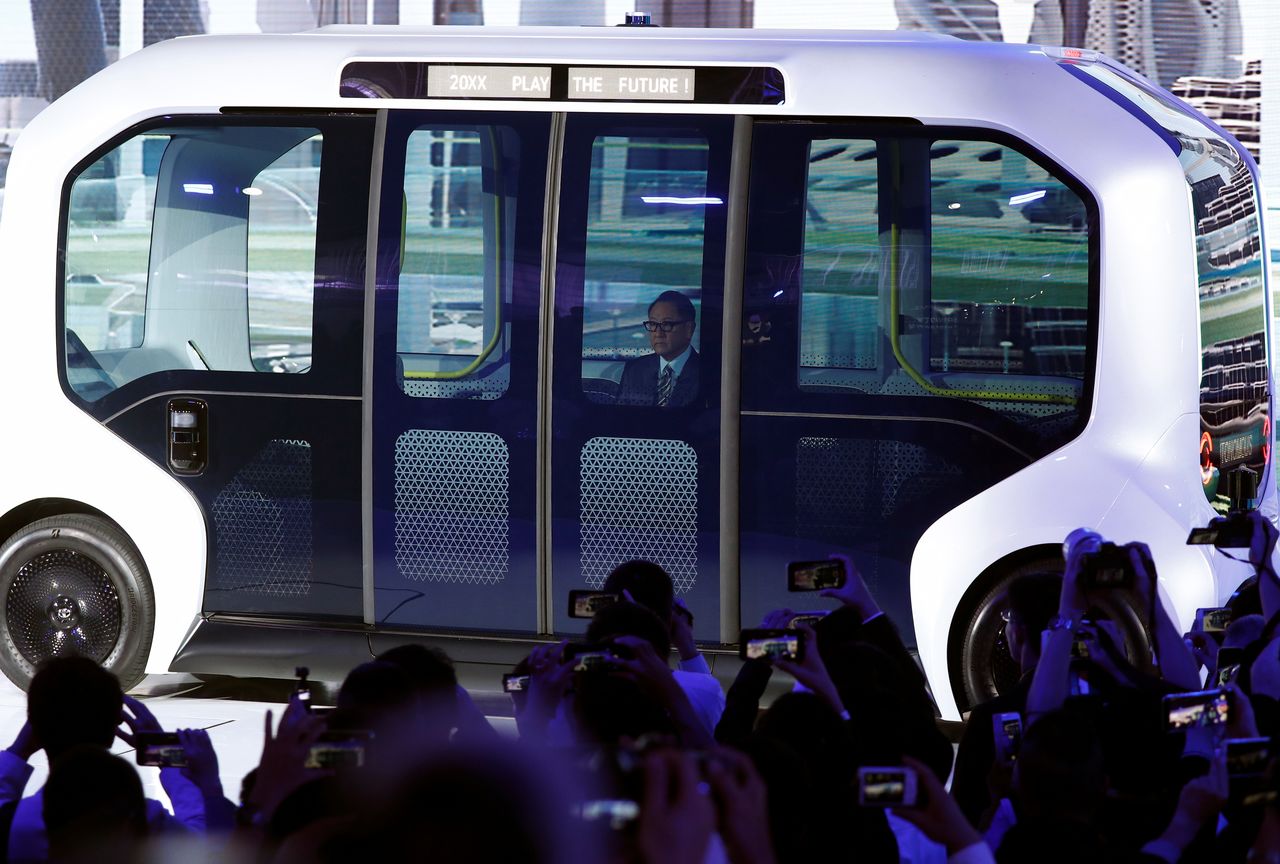 By Sanjana Shivdas and Tim Kelly

(Reuters) -Toyota Motor said on Friday it had suspended all self-driving e-Palette transportation pods at the Tokyo Paralympic Games village, a day after one of the vehicles collided with and injured a visually impaired pedestrian.

In a YouTube video https://youtu.be/QJXhG_hFNK4, Toyota Chief Executive Akio Toyoda apologized for the incident and said he offered to meet the person but was unable to do so.

“A vehicle is stronger than a person, so I was obviously worried about how they were,” he said, answering questions about the incident.

Toyoda said the accident showed the difficulty for the self-driving vehicle to operate in the special circumstances of the village during the Paralympics with people there who are visually impaired or have other disabilities.

“It shows that autonomous vehicles are not yet realistic for normal roads,” he said.

The vehicle had stopped at a T junction and was about to turn under manual control of the operator, who was using the vehicle's joystick control, when the vehicle hit the athlete going at around 1 or 2 kilometres an hour, Toyoda said. He said Paralympic officials had told him that the athlete, who remained conscious, was taken to the athlete village medical centre for treatment and was able to walk back to their residence.

The athlete is due to compete on Saturday at 1030 local time, Toyoda said.

The e-Palette, a fully autonomous battery-electric vehicle, was adapted specifically for use during the Tokyo Olympic and Paralympic Games, with large doors and electric ramps to allow groups of athletes to board quickly.

The company said it was cooperating with a local police probe to determine the cause of the accident, adding that it would also conduct its own investigation.

In its statement, the Japanese automaker said it would continue to coordinate closely with the Tokyo Organising Committee of the Olympic and Paralympic Games to prevent any further incidents.

Paralympic Games organizers were not immediately available for comment.

The 2020 Paralympic Games began on Tuesday in Tokyo, even as Japan struggles with its worst COVID-19 outbreak, with record daily cases and an overwhelmed medical system.

(Reporting by Sanjana Shivdas in Bengaluru and Tim Kelly in Tokyo; Editing by Ramakrishnan M., Joseph White and Steve Orlofsky)