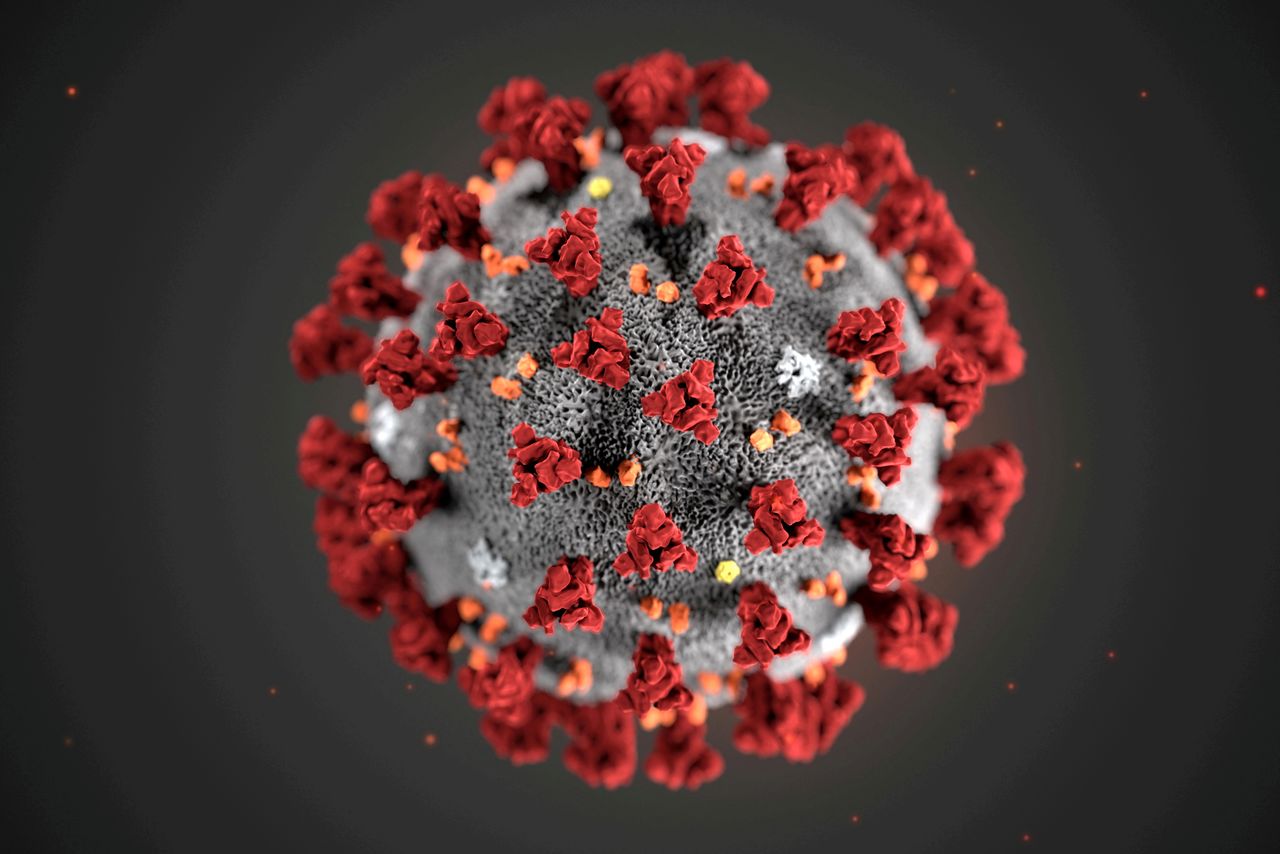 FILE PHOTO: The ultrastructural morphology exhibited by the 2019 Novel Coronavirus (2019-nCoV), which was identified as the cause of an outbreak of respiratory illness first detected in Wuhan, China, is seen in an illustration released by the Centers for Disease Control and Prevention (CDC) in Atlanta, Georgia, U.S. January 29, 2020. Alissa Eckert, MS; Dan Higgins, MAM/CDC/Handout via REUTERS

Genes may explain some ethnic differences in COVID-19 impact

The varying impacts of COVID-19 among ethnic groups might be partially due to genetic differences in the cell-surface protein the virus uses as a gateway, an international research team found. They analyzed genetic information from more than 85,000 volunteers, including 6,274 who were tested for the new coronavirus and 1,837 who tested positive. In the gene for ACE2 - the "receptor" protein through which the virus breaks into cells - they found rare variants that would alter the part of the protein to which the virus attaches itself. These variant genes "appear to vary in frequency between different ethnic groups," said Jamal Nasir of the University of Northampton in the UK. Two were more common in Europeans than in East Asians, for example. Nasir and colleagues also found variants that appear to increase or decrease an individual's ACE2 protein levels, which could affect vulnerability to infection, or severity. People who were not infected with the coronavirus were more likely to have a variant that decreases ACE2 levels, according to a report posted on Wednesday on medRxiv https://bit.ly/2Wy6FIw ahead of peer review. The next steps, Nasir said, are to confirm the findings by exposing human cells to the virus in lab experiments and to identify small molecules that can be used as drugs to block harmful genetic mutations' effects.

Among 1,276 COVID-19 patients hospitalized in China early in the pandemic, 49% still had at least one symptom 12 months after first becoming ill, researchers reported on Friday in The Lancet https://bit.ly/2URr7DR. Most common were fatigue or muscle weakness. About a third still had shortness of breath or other lung problems, especially those who had been the most severely ill. In some patients, doctors saw a reduced flow of oxygen from the lungs to the bloodstream. Roughly one in four survivors reported depression. Among patients who had been employed before they were hospitalized, 88% had returned to work by 12 months - but overall, the survivors were not as healthy as people from the community who had not been infected with the coronavirus. The study only looked at patients from one hospital, and not many of them had been sick enough to require intensive care. Nevertheless, the fact that some patients still had symptoms "should be taken into account when planning delivery of healthcare services post-pandemic," coauthor Bin Cao from the China-Japan Friendship Hospital said in a statement.

In adolescents with serious neurological conditions, the side effects of the Pfizer/BioNTech vaccine are likely to be mild to moderate and clear up quickly, a small study suggests. The 27 children in the study, ages 12 to 15, had muscular dystrophy, cerebral palsy, or other neurological diseases, plus other conditions such as heart defects and immune deficiency - all of which put them at very high risk for severe COVID-19. They would not have been included in the main trials of the vaccine because they were too sick, the researchers said. Eleven children had averse events after the first or second dose, such as mild rash, fever, headache, gastrointestinal upset, difficulty sleeping, and low blood sugar. Most problems resolved within 72 hours, and the rest cleared up within a week, according to a report published on Thursday in Archives of Disease in Childhood https://bit.ly/3mI6WUr. Although the study involved only a few children, "these data are especially important as they are representative of the children who are most likely to benefit from vaccination, and parents and clinicians may have concerns regarding an increased risk of unexpected events," the authors said.