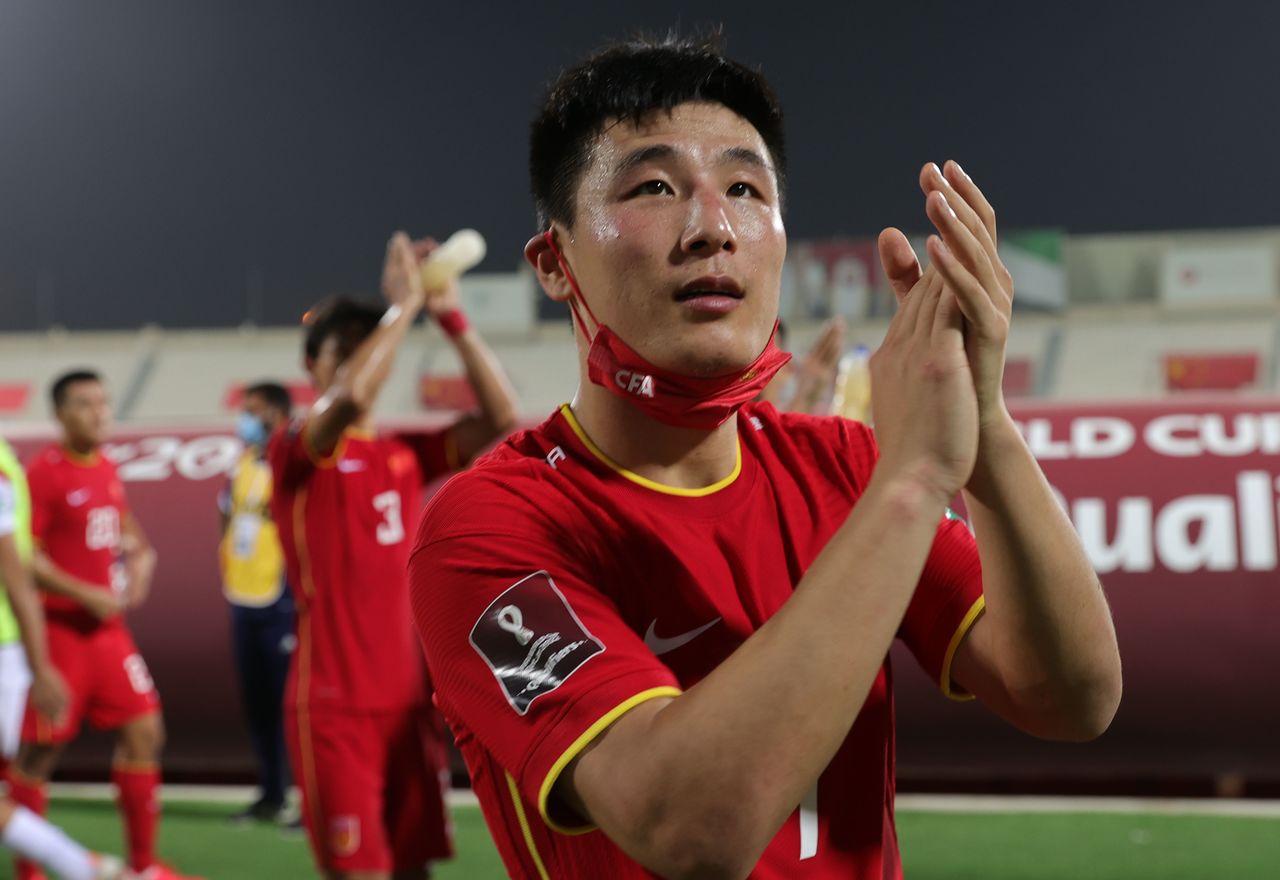 HONG KONG (Reuters) - Chinese striker Wu Lei believes his side's recent experience of the heat and humidity of the Gulf summer could give them an advantage going into next month's World Cup qualifying matches against Australia and Japan in Doha.

The Li Tie-coached China national team are playing their opening two matches in the third round of Asia's preliminaries for the 2022 World Cup in Qatar after COVID-19 restrictions meant neither game could be played in their original venue.

The Chinese had been due to travel to Sydney to open their campaign against Australia on Sept. 2 before hosting the Japanese in Beijing five days later, only for both games to be moved to a neutral venue.

"We played three matches in the United Arab Emirates in June this year in the previous Asian qualifiers, so the weather will not be a problem for the team as we can adapt to it," the Espanyol forward told Chinese media.

"I think the weather might be a bigger challenge for our opponents."

China go into the meetings with Australia and Japan having won their last four matches in a row, a run that ensured Li's team advanced to the final phase of the continent's qualifiers for the World Cup.

Three of those games - against the Philippines, the Maldives and Syria - were shifted to Sharjah in the UAE in June after several positive COVID-19 cases within squads set to travel to China saw authorities restrict entry into the country.

The Chinese will be appearing in this phase of the preliminaries for the second time since the country's first - and so far only - appearance at the World Cup finals in 2002.

China have also been drawn to face Saudi Arabia, Vietnam and Lebanon, with the top two in the group guaranteed to advance to the finals while the third placed nation will enter into a series of playoffs for another place at the World Cup.

Expectations of a successful Chinese campaign are low given the nation's struggles in recent years but Wu, China's only overseas-based senior international, stressed the need for a positive approach going into the qualifiers.

"The most important thing is to get our minds right for the games," he said.

"After entering the final round of the Asian qualifiers we should dismiss the burden in our hearts and that can be beneficial to us no matter how the first two games go.

"The key is to adjust our mindset."