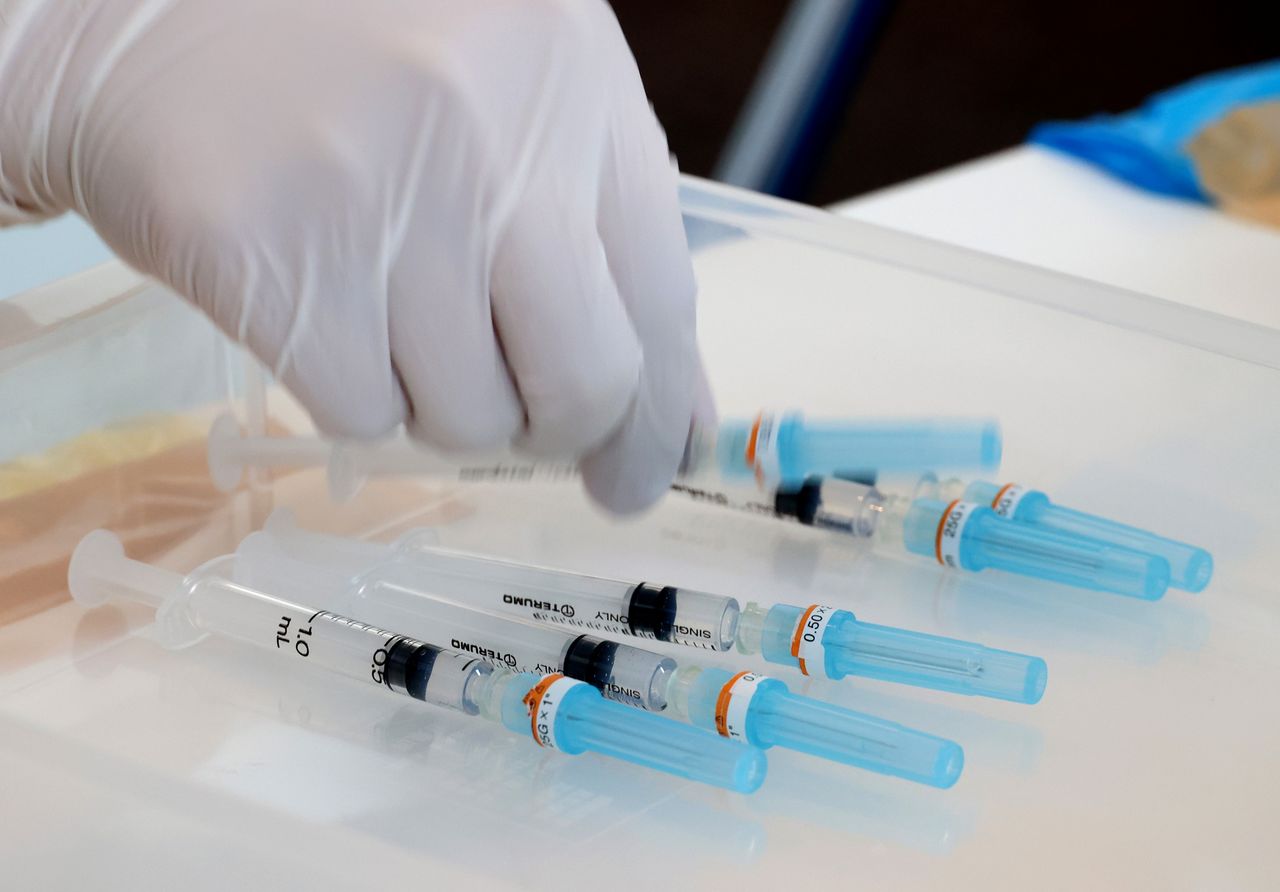 TOKYO (Reuters) - Japan is looking into the possibility of mixing shots of AstraZeneca Plc's COVID-19 vaccine with those developed by other drug makers in a bid to speed up its vaccine rollout, the minister in charge of vaccinations said on Sunday.

Japan, which has previously relied on the Pfizer Inc/BioNTech SE and Moderna Inc vaccines, approved AstraZeneca's vaccine in July and has secured two million doses.

"I have asked the health ministry to come up with an opinion about the use of AstraZeneca vaccines for the first dose and Pfizer's with the second, or the AstraZeneca's as the first shot and Moderna as second," vaccine programme chief Taro Kono said on the Fuji Television network.

This could speed up the vaccination rollout by shortening the intervals between the first and second shots when using the AstraZeneca vaccine, he said.

AstraZeneca's two shots are administered with an interval of eight weeks, longer than for the other vaccines.

Japan is battling its worst wave of infections, driven by the Delta variant, with new daily infections exceeding 25,000 this month for the first time.

The country's vaccination ratio has lagged other developed nations. Japan has inoculated 54% of its population with at least one dose and fully vaccinated 43%, according to a Reuters vaccine tracker.