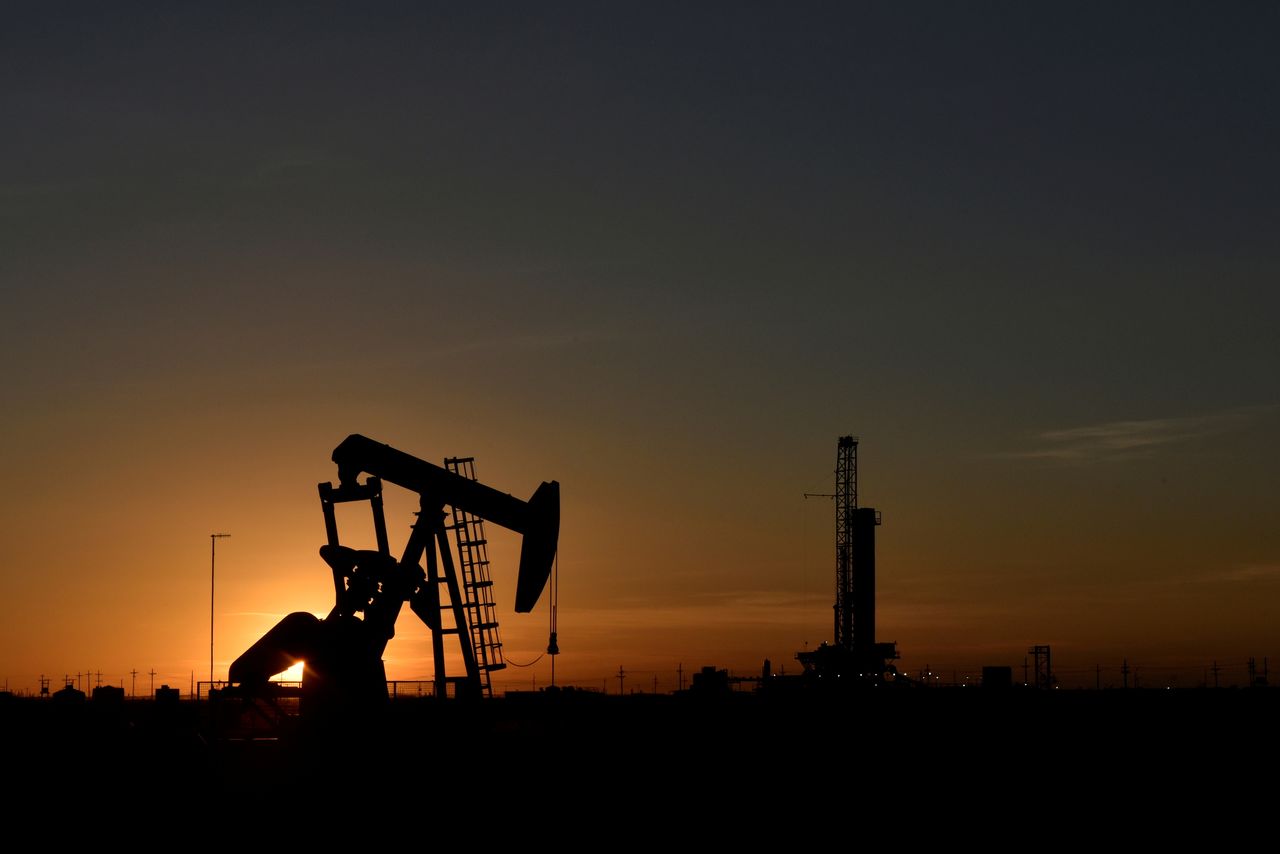 FILE PHOTO: A pump jack operates in front of a drilling rig at sunset in an oil field in Midland, Texas U.S. August 22, 2018. REUTERS/Nick Oxford/File Photo

Gains were capped as OPEC+ looked set to go ahead with a planned oil output increase.

Within 12 hours of coming ashore, Ida had weakened into a Category 1 hurricane, and has since dropped to tropical storm status. Hundreds of oil production platforms were evacuated ahead of the storm and nearly all offshore Gulf oil production, or 1.74 million barrels per day, was suspended.

After heavy winds and rains, nearly 1.2 million homes and businesses in Louisiana and Mississippi were without power on Monday and the storm's move inland shifted the oil market's focus to when refiners can restart. [REF/OUT]

"We're in wait-and see mode on how badly the refiners will be impacted by the power outages," said John Kilduff, a partner at Again Capital Management in New York. "There's going to be an accounting to be done later this week as damage is assessed - I would give it some time to breathe, like a fine wine," he said.

U.S. gasoline was up more than 1.5%, lending support to crude. Power outages added to refinery closures on the Gulf coast and traders weighed the possibility of prolonged disruptions.

"It's still early days," said Vivek Dhar, analyst at Commonwealth Bank of Australia. "Oil products, like gasoline and diesel, are likely to see prices rise more acutely from refinery outages especially if there are difficulties in bringing refineries and pipelines back online."

Brent has rallied 40% this year, supported by supply cuts by the Organization of the Petroleum Exporting Countries and allies, known as OPEC+, and some demand recovery from last year's pandemic-induced collapse.

OPEC+ meets on Wednesday to discuss a scheduled 400,000 bpd increase in its oil output, in what would be a further easing of the record output cuts made last year.

OPEC delegates say they expect the increase to go ahead, although Kuwait's oil minister said on Sunday it could be reconsidered.