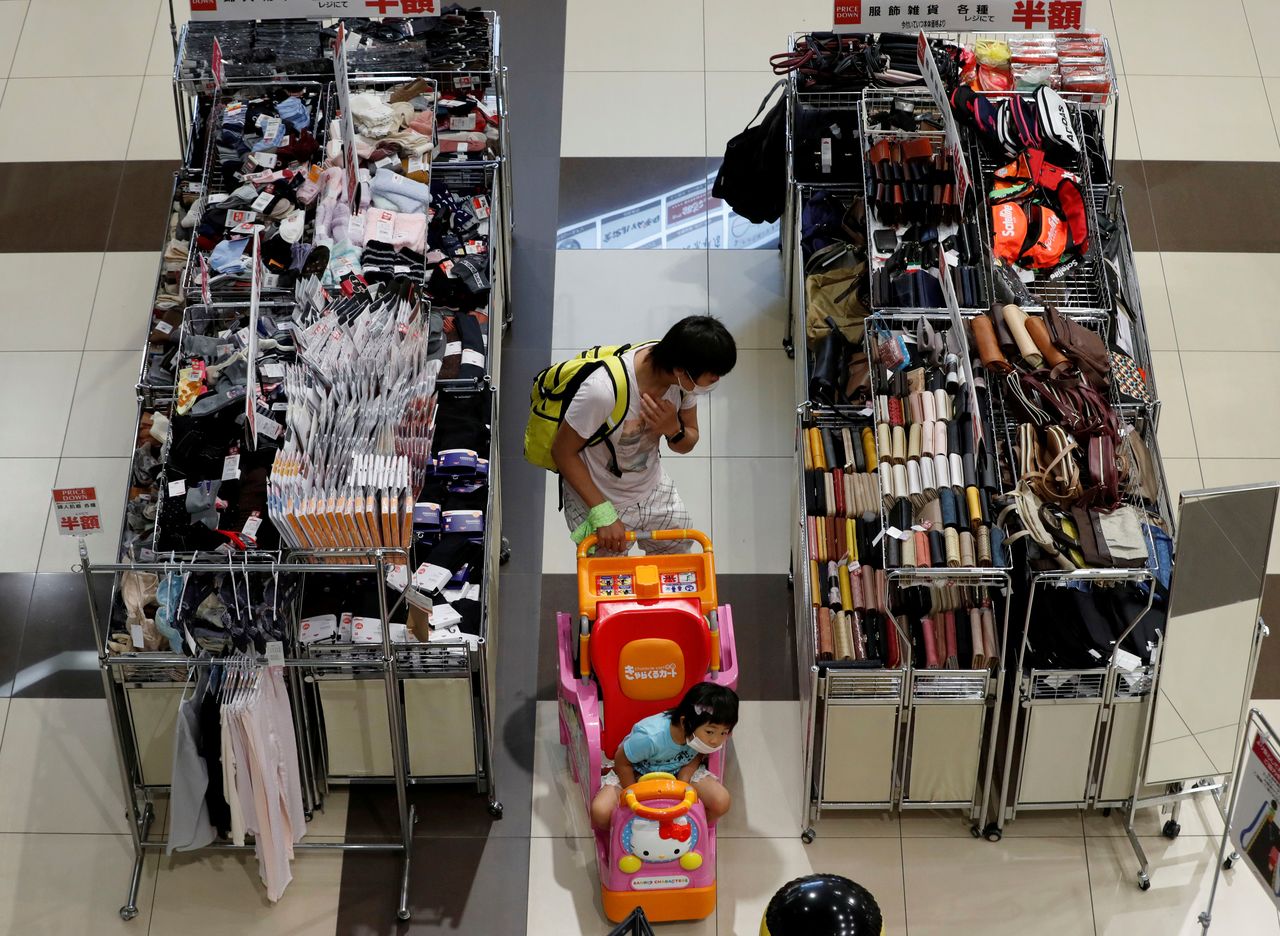 TOKYO (Reuters) - Japan's retail sales rose for a fifth straight month in July, beating expectations as the consumer sector continued its recovery, although a coronavirus resurgence has cast doubts over the spending outlook.

A surge in Delta variant cases this month forced the government to widen state of emergency restrictions, which are now threatening to hurt consumer spending and derail a fragile economic recovery.

Retail sales advanced 2.4% in July from the same month a year earlier, government data showed on Monday, slightly faster than economists' median forecast for a 2.1% rise in a Reuters poll. It followed a 0.1% increase in June.

"The recent strength in retail sales is unlikely to last," Marcel Thieliant, Senior Japan Economist at Capital Economics, said in a note.

"The severe Delta wave now hitting the country coupled with an ever-expanding list of prefectures under states of emergency resulted in a renewed weakening in consumption this quarter," Thieliant said.

The better-than-expected rise in retail sales in July came as authorities struggled https://www.reuters.com/lifestyle/sports/tale-two-cities-bubble-tokyo-outside-2021-07-29 to get a defiant public to heed stay-at-home restrictions in major cities like Tokyo, which hosted the Olympics during the month.

The trade ministry data found strong demand for a variety of items such as cars, clothing, general merchandise and food while fuel was helped by higher petrol prices.

However, growth was also flattered by the comparison with last year's steep slide, when consumer demand was hurt by the coronavirus pandemic.

Compared with the previous month, retail sales gained a seasonally adjusted 1.1% as consumption continued the surprising growth seen in the second-quarter, helped by the Tokyo Olympics.

The world's third-largest economy grew at a better-than-expected rate in the April-June quarter, thanks largely to private consumption, which makes up more than half of the country's gross domestic product.

But rebounding consumer activity poses a challenge to policymakers as the more contagious Delta variant of COVID-19 upends the nation's healthcare system, with state of emergency curbs now covering nearly 80% of Japan's population.

"People's mobility has been decreasing, and consumption may peak out in August," said Atsushi Takeda, chief economist at Itochu Economic Research Institute, noting that the downward trend could drag until September.