By Chris Prentice and Dhara Ranasinghe

WASHINGTON/LONDON (Reuters) -U.S. and global equity benchmarks hit all-time highs on Monday, as the Federal Reserve appeared in no rush to step away from its massive stimulus, and U.S. oil prices finished higher.

MSCI's benchmark for global equity markets hit a record. The S&P 500 .SPX and Nasdaq also rose to all-time highs as dovish remarks from the Fed last week bolstered optimism in an economic rebound and eased fears of a sudden tapering in monetary stimulus.

High-growth tech stocks tend to benefit from expectations of lower rates because their value rests heavily on future earnings.

The Europe-wide STOXX 600 rose 0.07% and was on course to end August with a rise of more than 2% - its seventh month of gains in what would be its longest such winning run in over eight years.

Positive sentiment in equity markets was underpinned by Friday's Jackson Hole, Wyoming, speech by Fed Chair Jerome Powell in which he said tapering of stimulus measures could begin this year, but added the central bank would remain cautious.

"The questions now should pivot from the timing of the taper to its speed. How fast will the Fed reduce its purchases from the current $120 billion monthly rate?" said Christopher Smart, chief global strategist and head of the Barings Investment Institute.

"That will likely be determined by some of the data coming in this week, including U.S. consumer confidence and jobs, but also European inflation and Chinese PMIs," Smart said.

With the market focused on the medium term, traders have seen any weakness as buying opportunities, said Pictet Wealth Management strategist Frederik Ducrozet.

"We are going from great to good - the outlook is not as great as it was earlier this year but it's still consistent with further equity market gains," he added.

Chinese shares remained the outlier, with the U.S.-listed shares of gaming firms such as NetEase Inc dropping on signs of further regulation.

Chinese regulators cut the amount of time players under the age of 18 can spend on online games to an hour on Fridays, weekends and holidays, state media reported.

The new rules come amid a broad crackdown by Beijing on China's tech giants, such as Alibaba Group and Tencent Holdings that has hammered Chinese shares traded at home and abroad.

Oil prices edged higher but were off a four-week high as Hurricane Ida weakened into a Category 1 hurricane within 12 hours of coming ashore as a Category 4.

Nearly all U.S. offshore Gulf oil production, or 1.74 million barrels per day, was suspended in advance of the storm.

Focus turned to a meeting of the Organization of the Petroleum Exporting Countries and its allies on Wednesday, with sources telling Reuters the group is likely to keep its oil output policy unchanged and continue with its planned modest production increase.

Oil prices rose, with Brent crude finishing up 71 cents at $73.41 a barrel after touching four-week highs. They rose more than 11% last week in anticipation of disruptions to oil production from Hurricane Ida.

Gold prices slipped after touching their highest level since Aug. 4.

In bond and currency markets, the Fed's dovish tone held sway and Friday's key U.S. jobs report was in focus.

U.S. Treasury yields retreated as the market looked ahead to the release this week of the August employment report and the possibility it could factor into the timing of the Fed's tapering announcement.

The 10-year U.S. Treasury yield was around 1.2818% , while the dollar index - which measures the greenback against a basket of currencies - edged higher after touching a two-week low.

The euro edged up to $1.18, off a three-week peak touched earlier in the session.

"If we get a (U.S. payrolls) number close to a million, that would increase the odds of taper being announced in September, but if the number is in line with expectations, then there's a 50-50 chance for a September move," said Vasileios Gkionakis, global head of FX strategy at Lombard Odier Group. 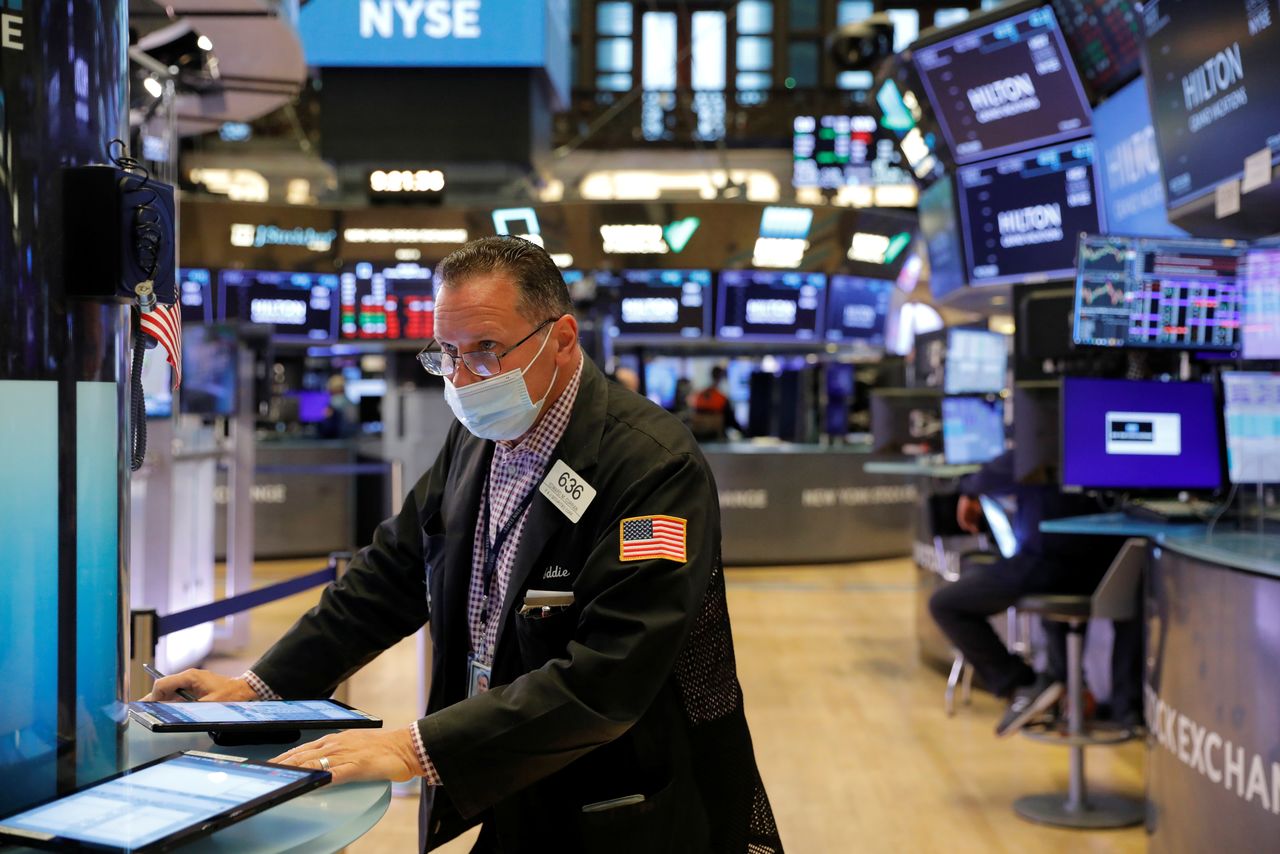 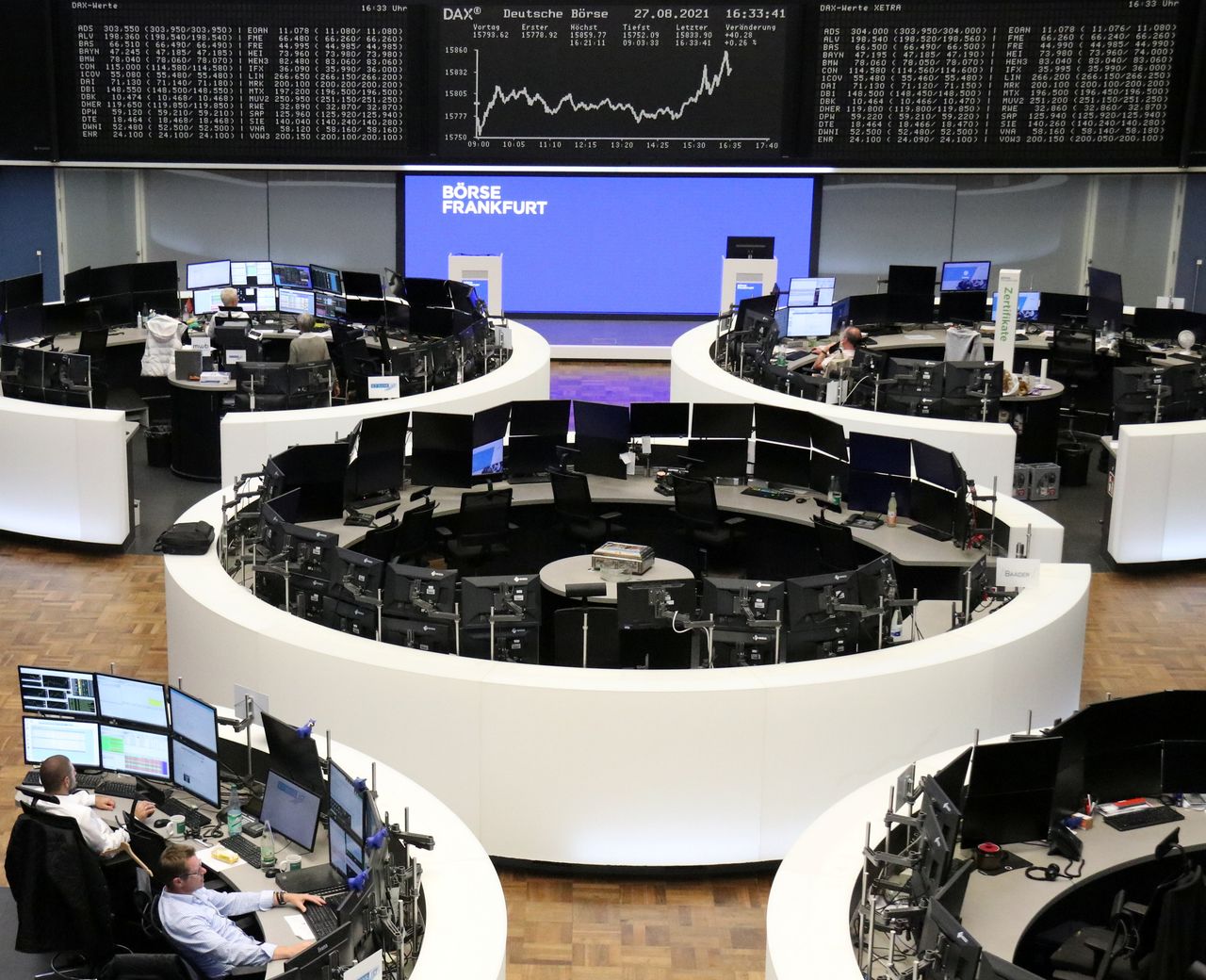