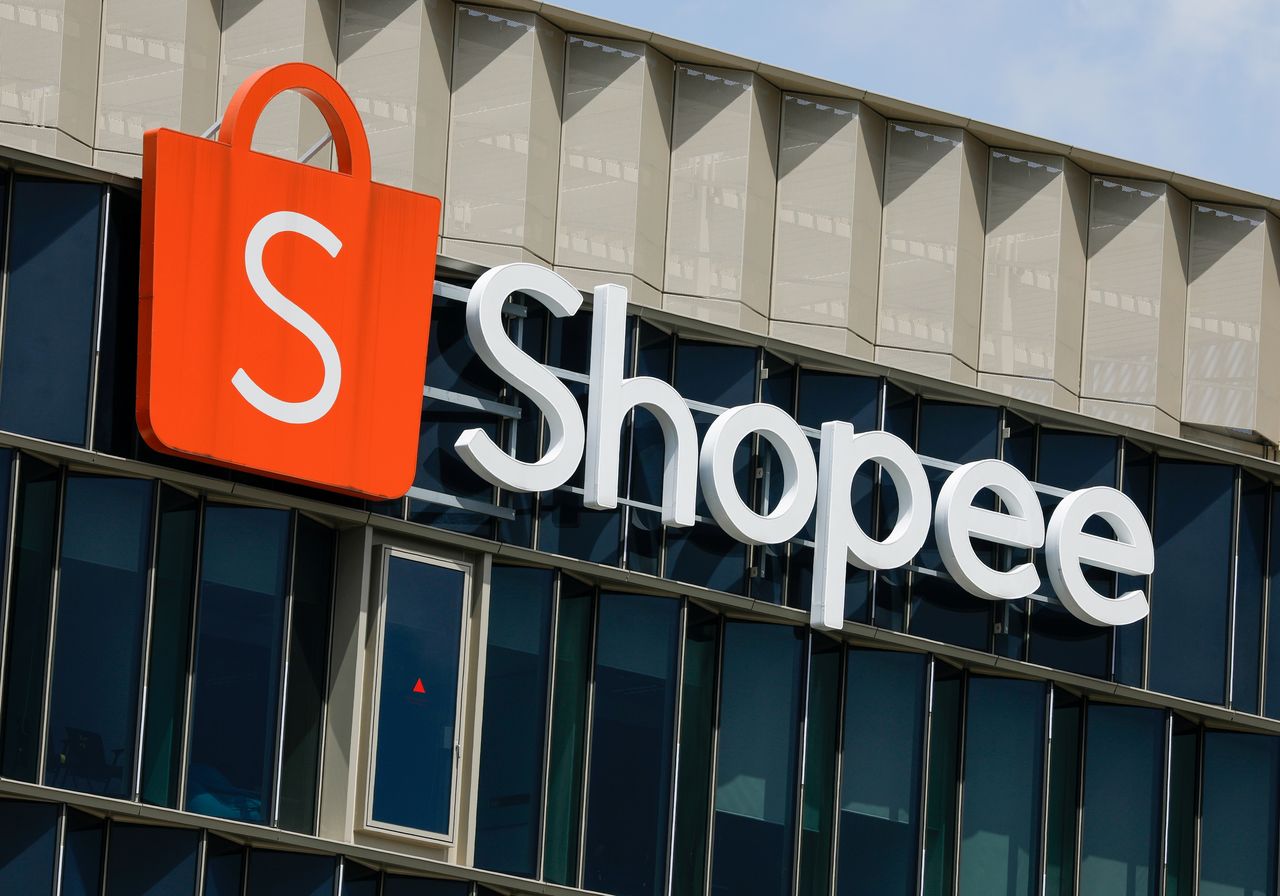 FILE PHOTO: A signage of Shopee, the e-commerce arm of Sea Ltd, is pictured at its office in Singapore, March 5, 2021. REUTERS/Edgar Su

"Shopee has a track record in Southeast Asia of coming into the market late, looking at how others have solved existing problems and then building a system to leapfrog those issues," said analyst Jianggan Li at advisory firm Momentum Works.

Shopee's early surge highlights the space left for foreign entrants to grow in a sector once dominated by regional firms like Magazine Luiza and Argentina's MercadoLibre Inc.

To be sure, the startup's timing was fortuitous, launching in Brazil just as the COVID-19 pandemic drove consumers away from physical stores, pushing up 2020 e-commerce sales by 44% to $42 billion, showed data from Brazilian payments company EBANX.

Shopee said in a comment to Reuters following the initial publication of this story that it now has more local domestic sellers in Brazil than cross-border sellers.

Yet, in pursuit of growth, Shopee is still losing money, propped up by Sea's profitable gaming division. In the second quarter of this year, Garena posted an adjusted earnings before interest, tax, depreciation and amortization (EBITDA) of $740.9 million even as the e-commerce arm lost $579.8 million.

"Money being generated by one side of the business, which is a cash cow, is being reinvested aggressively in Brazilian e-commerce - with success," said Itau BBA analyst Thiago Macruz.

Sea's Brazil foray is just one element of its global ambition. Investment arm Sea Capital is also considering putting money into startups in Latin America and beyond, said a person with knowledge of the matter, who was not authorized to speak with media and so declined to be identified.

The firm has also taken Shopee to Chile, Colombia and Mexico where, unlike Brazil, it has no locally based staff and so has partnered social media influencers to increase brand awareness, said two people familiar with the matter.

The firm has disclosed little data about Shopee Brazil, but Itau BBA analysts estimated the value of goods and services sold on the platform last year hit 12 billion reais ($2.27 billion).

The average price on its marketplace is 40 reais, other estimates showed, less than a third that of e-commerce leader MercadoLibre, which often carries higher-value branded products.

Sea's biggest challenge for Shopee Brazil is delivery in such a vast country. It reduced its reliance on the local postal system this year in favor of private carriers, but is still competing against rivals with proprietary delivery services.

Shopee aims to have one main logistics partner per country in the region, a company source told Reuters.

The company itself expects e-commerce growth in the region to spawn more delivery partnerships, as happened in Southeast Asia, Sea executives told analysts on a call this month.

Competition in Latin America's largest economy stepped up this month when Shopee's nearest rival in terms of product offering, AliExpress, opened up its marketplace to domestic sellers charging single-digit commission. AliExpress had been in Brazil for 11 years; Shopee did similarly after its first year.

"It's easy to sign up, calculate your commission, get your delivery tags, your receipts. It makes us invest more in the platform," she said.

In a move toward profitability, Shopee has since raised commission to 18% - as much as twice marketplaces can charge in some Southeast Asian countries, indicating Latin America's potential profit margins. Carvalho continues to use Shopee, though she prefers MercadoLibre for its "unbeatable" delivery.

To further improve profitability, Goldman Sachs analysts said Shopee could start selling higher-ticket items, as it has in Southeast Asia. Momentum Works' Li expects Shopee to add financial services to its Brazil app as it has in Indonesia.

"I wouldn't be surprised," if they reached number one, said Li, "Given what they have done in Singapore, Indonesia and Malaysia, Thailand."