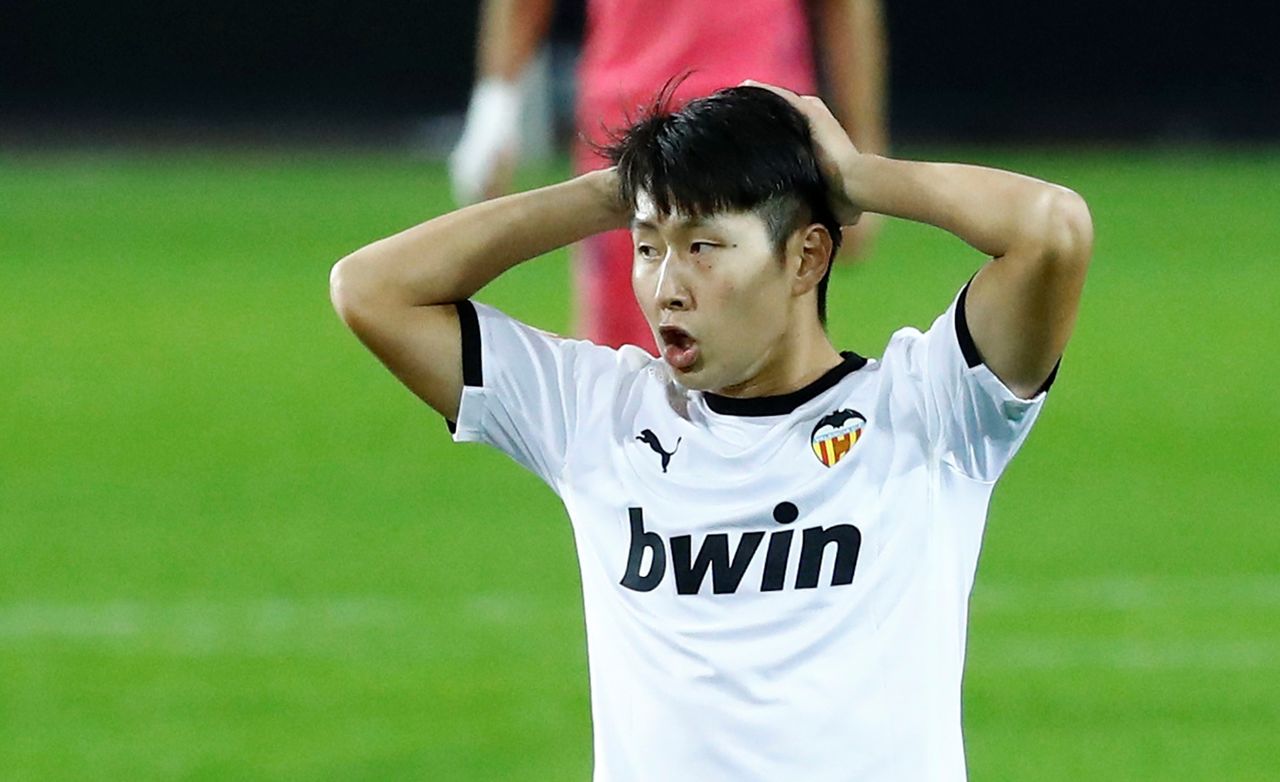 HONG KONG (Reuters) - South Korean prodigy Lee Kang-in has been released by Spanish side Valencia, bringing an end to the highly-rated playmaker's 10-year association with the club.

Valencia had once thought so highly of the young Korean talent that they inserted a reported 80 million euros ($94.39 million) buyout clause in his contract.

On Sunday, however, they announced the 20-year-old's departure with just a brief statement on their website.

"Valencia CF announces that they have terminated their contractual relationship with Kang In Lee," the statement said.

"The South Korean player arrived at the VCF Academy at the age of 10 and this concludes his stint as a player at our club.

"Valencia CF wishes him luck for his future."

South Korea also had high hopes for Lee, viewing him as the potential successor to Tottenham Hotspur's Son Heung-min, but while he scored three goals with the Olympic side in Tokyo he was left out of the national team squad for upcoming World Cup qualifiers against Iraq and Lebanon.

Lee, the golden ball winner at the 2019 U-20 World Cup and Asian Young Player of the Year the same year, started 14 times last season as Valencia finished 13th but has not featured in the squad at all this season.

Despite the shock departure, Lee thanked the club for giving him the opportunity to play in Europe.

"My family and I left home and came to Spain in 2011 to pursue my dream of being a professional soccer player," he wrote on social media.

"Valencia CF is the team that opened the door to that dream for me and supported me. That's been the precious value that I cannot forget, even this moment as I leave this team.

"With this team, I grew not only as a player but as a human being. What I learned at the Valencia CF academy will be the motor that will guide my future on the right path."

Lee has been linked with a move to Real Mallorca as well as to several clubs in England ahead of the closing of the European transfer window on Tuesday night.