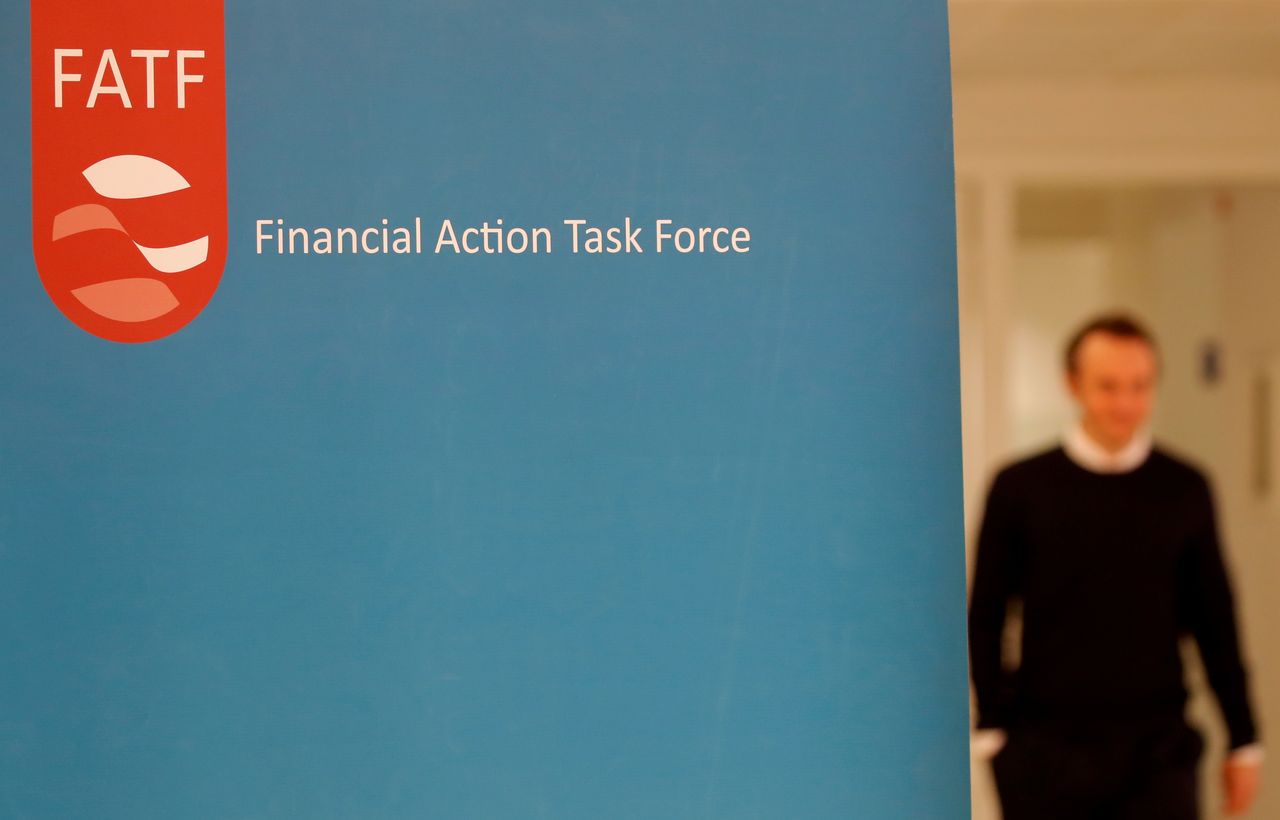 FILE PHOTO: The logo of the FATF (the Financial Action Task Force) is seen during a news conference after a plenary session at the OECD Headquarters in Paris, France, October 18, 2019. REUTERS/Charles Platiau/File Photo

TOKYO (Reuters) - A global financial crimes watchdog urged Japan on Monday to improve cooperation between different government agencies as part of efforts to combat money-laundering and the financing of terrorism.

Responding to the report by the Financial Action Task Force (FATF), Japan's finance ministry announced a three-year action plan that will include an anti-money laundering inter-agency task force and tighter supervision of financial institutions.

The FATF report, the result of a 14-month peer review of Japan, said there was generally good interagency cooperation among Tokyo's law enforcement bodies in the area of money-laundering.

FATF recommendations help the body's more than 200 members around the world to go after the money of criminals dealing in illegal drugs, human trafficking and other crimes. The FATF also works to stop funding for weapons of mass destruction.