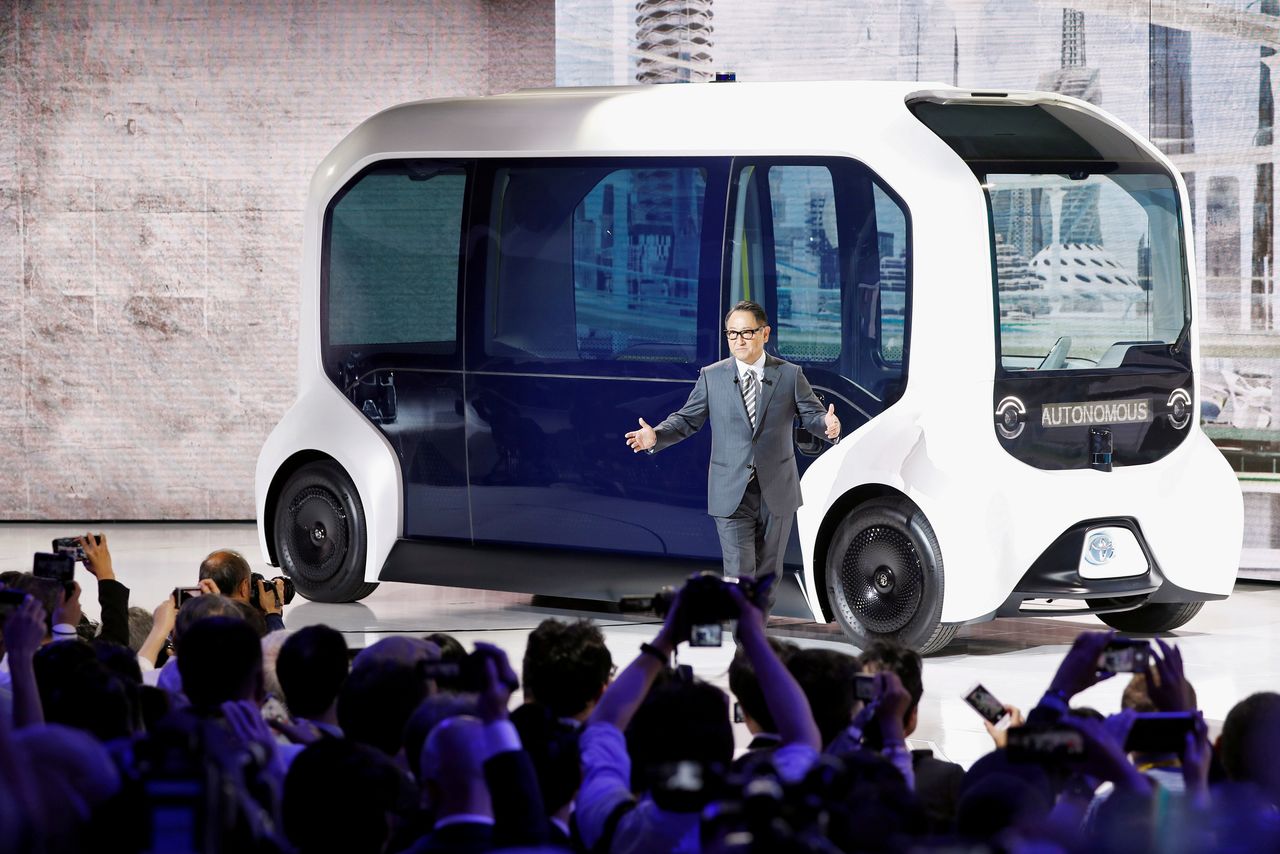 (Reuters) -Toyota Motor said on Monday it would resume operations of its self-driving e-Palette pods at the Tokyo Paralympic Games village with greater operator control and more safety staff to ensure they did not hit any more people.

The e-Palettes were halted after one of the vehicles collided with and injured a visually impaired Japanese athlete at a junction last week, prompting a YouTube video https://youtu.be/QJXhG_hFNK4 apology from Toyota Chief Executive Akio Toyoda.

"The vehicle's sensor detected the pedestrian crossing and activated the automatic brake, and the operator also activated the emergency brake. The vehicle and pedestrians, however, came into contact before it came to a complete halt," Toyota said in a statement on Monday.

Aramitsu Kitazono was not seriously injured in the incident, but had to pull out of the Games judo event on Saturday because of cuts and bruises, further embarrassing the Japanese company, which along with other global automakers is trying to develop autonomous vehicles that can operate safely on public roads.

The e-Palette, a fully autonomous battery-electric vehicle, was adapted specifically for use during the Tokyo Olympic and Paralympic Games, with large doors and electric ramps to allow groups of athletes to board quickly.

Operators will now be given control over how fast the vehicles travel with two safety staff members, rather than one, on board to look out for pedestrians, a Toyota spokesperson said.

Warning sounds on e-Palettes will also be turned up and pedestrian guides at busy crossings in the athletes village will also be increased to 20 from six said the company, which is cooperating with a local police probe to determine the cause of the accident.

The 2020 Paralympic Games began on Tuesday in Tokyo, even as Japan struggles with its worst COVID-19 outbreak, with record daily cases and an overwhelmed health service.