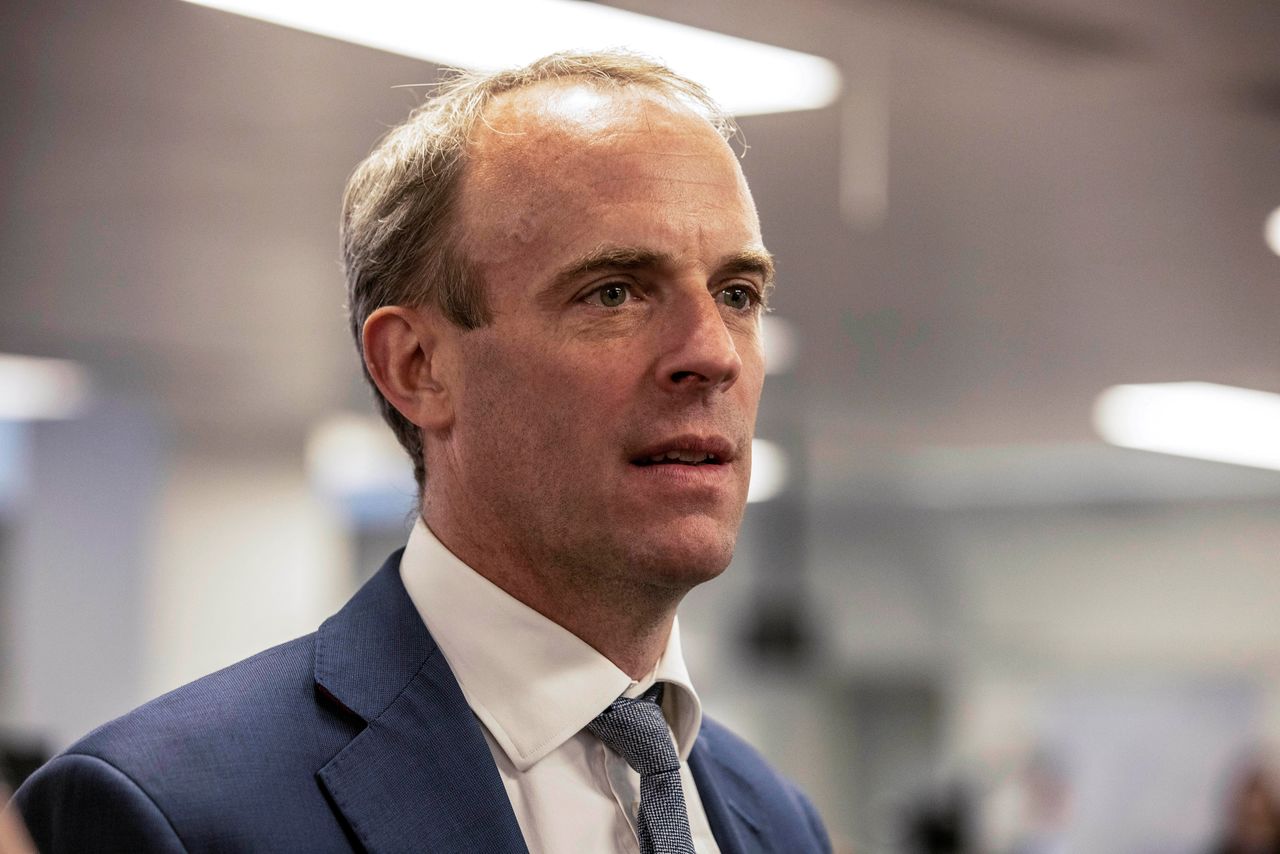 LONDON (Reuters) - British Foreign Secretary Dominic Raab urged his counterparts from other countries on Monday to work together to provide safe passage out of Afghanistan for eligible Afghans still in the country, the ministry said.

Raab also said the Taliban leadership should be judged on its actions and on whether people are allowed to leave, the Foreign Office said in a statement.