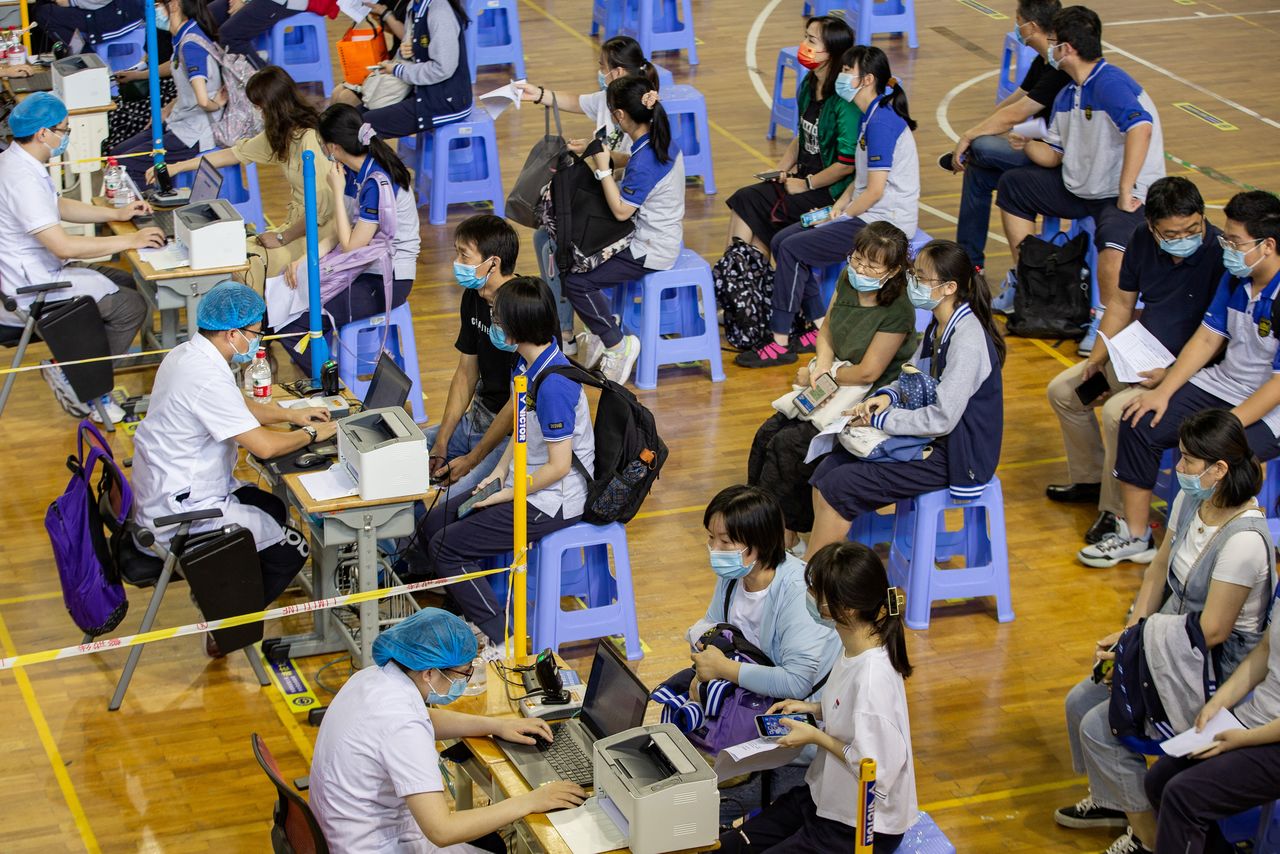 (Reuters) - The European Commission said 70% of the European Union's adult population had been fully vaccinated, hitting a target it set at the beginning of the year.

* France aims to have administered a third shot of a vaccine to some 18 million people by early 2022, a health ministry official said.

* The Spanish government has sent six million doses of anti-COVID vaccine to Latin America out of the 7.5 million doses it had promised, its spokesperson said.

* Thai lawmakers began a censure debate against the prime minister, as opponents threatened to intensify street protests fueled by frustration at his government's handling of the COVID-19 crisis.

* Hong Kong's government is facing growing pressure from business lobby groups to open borders or risk losing executives and investment as it shows no sign of easing one of the world's strictest quarantine programmes.

* New Zealand's government reported that new cases fell for a second day, after the country implemented a tight lockdown in response to the latest outbreak this month.

* Around 900,000 doses of BioNTech's vaccine are expected to arrive in Taiwan soon, the health minister said, the first delivery of a highly politicised, much-anticipated order whose tortured progress has transfixed the island.

* Indonesia is investigating a suspected security flaw in a test-and-trace app that left exposed personal information and the health status of 1.3 million people, a health ministry official said.

* South Korea plans to begin giving out booster shots from October, joining several countries that have approved such doses following resurgent infections and concern that vaccine protection wanes over time.

* Australia will receive 500,000 doses of Pfizer's vaccine from Singapore this week, the prime minister said, after Canberra agreed a swap deal to try to curtail surging infections.

* The U.S. State Department has raised its travel advisory alert for Canada to a "level 4 - do not travel" status, it said in a statement.

* The spread of the Delta variant threatens the fragile recovery of U.S. restaurants, according to a report from the National Restaurant Association.

* A new coronavirus variant that was first detected in South Africa in May does not appear to be spreading, the World Health Organisation said.

* Oman said on Monday only vaccinated people will be allowed to travel to the sultanate to try to stop the spread of the coronavirus.

* South Korea's SK Bioscience and Britain's GSK said they had begun a late-stage trial of their vaccine candidate against AstraZeneca's approved shot, the second study of its kind globally.

* An advisory panel to the U.S. Centers for Disease Control and Prevention on Monday unanimously recommended the Pfizer and BioNTech vaccine for people aged 16 and older.

* Stock markets headed for their seventh consecutive month of gains with investors largely convinced that an economic rebound and plentiful stimulus will keep the rally going for now.

* Insurers are bracing for $15 billion to $30 billion in claims from Hurricane Ida but the figure could jump higher, in part because pandemic pricing has pushed up the cost of lumber and labour to rebuild, experts said on Monday.