TOKYO (Reuters) - Using a long pair of tweezers, Monami Ohno delicately places tiny cardboard "scales" on the legs of her sculpture of Godzilla, the giant reptile from the classic Japanese movie.

Over the past decade, the Japanese artist has used the unlikely medium of cardboard to create artwork inspired by popular culture, from anime robots to models of tanks and fighter jets, a life-sized gun to a full McDonald's meal.

It all started when the 29-year-old made a "bike-like thing" out of cardboard for a college assignment ten years ago.

"When I first tried folding the paper, gluing and putting them together, the people around me praised me, saying things like 'Wow, you can make this,'," she said. "That made me so happy that I have continued doing this until now."

Ohno's intricate sculptures have since gained popularity, with her work exhibited in galleries in Japan and overseas.

Rather than relying on a precise blueprint, Ohno simply draws a rough sketch on the cardboard to get an idea of the measurements before cutting out the design and moulding it, using glue and sometimes a little water.

"I make the things I would really like to decorate my house with," she said in her studio filled with her creations, including a child-sized Lego Batman sculpture.

Although her art is entirely made from used cardboard boxes, Ohno said her work has no underlying environmental message.

"Eventually if it makes that point, it would be nice if people can see my work, which is made out of cardboard and recycled materials rather than plastics, and realise that there are these kinds of people who are involved in recycling," she said. 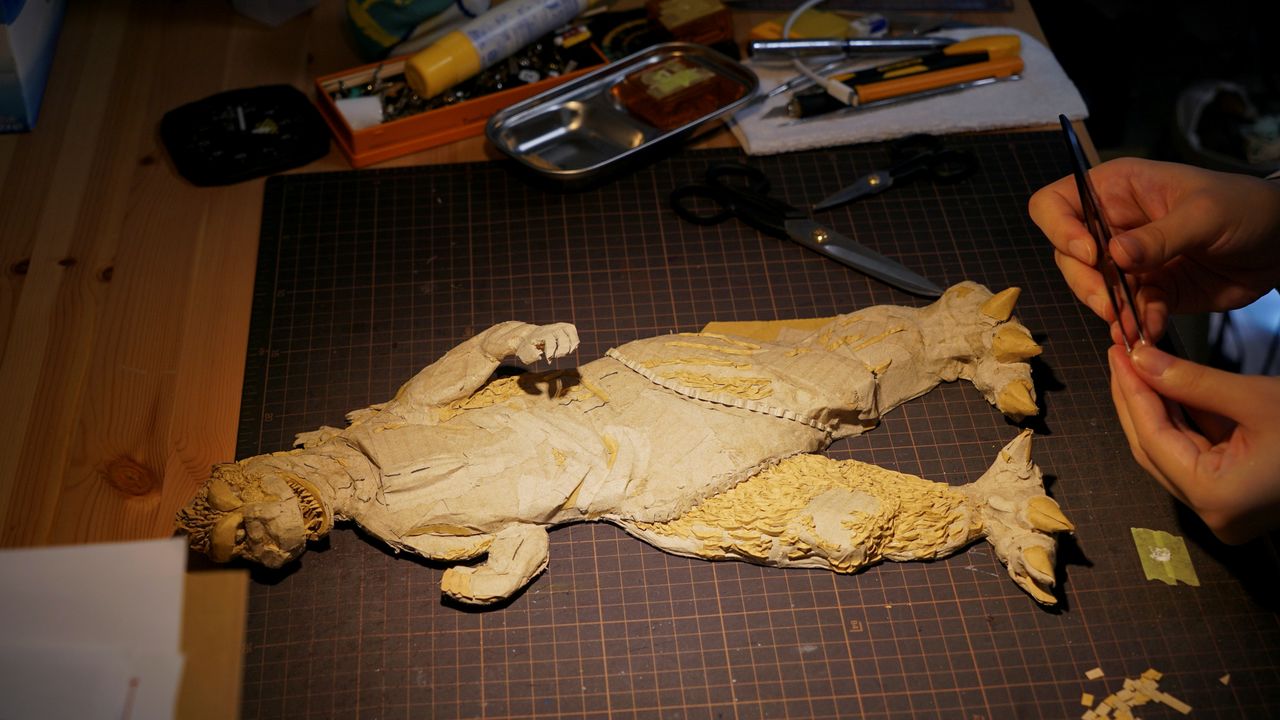 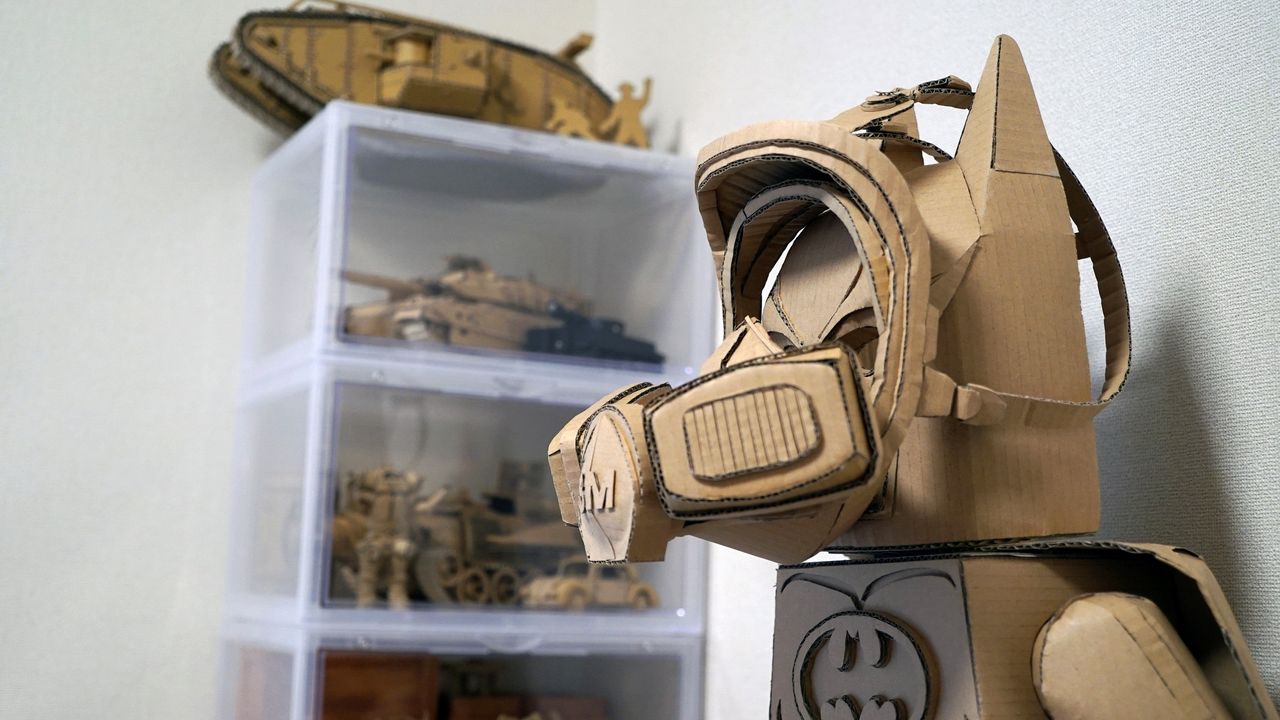 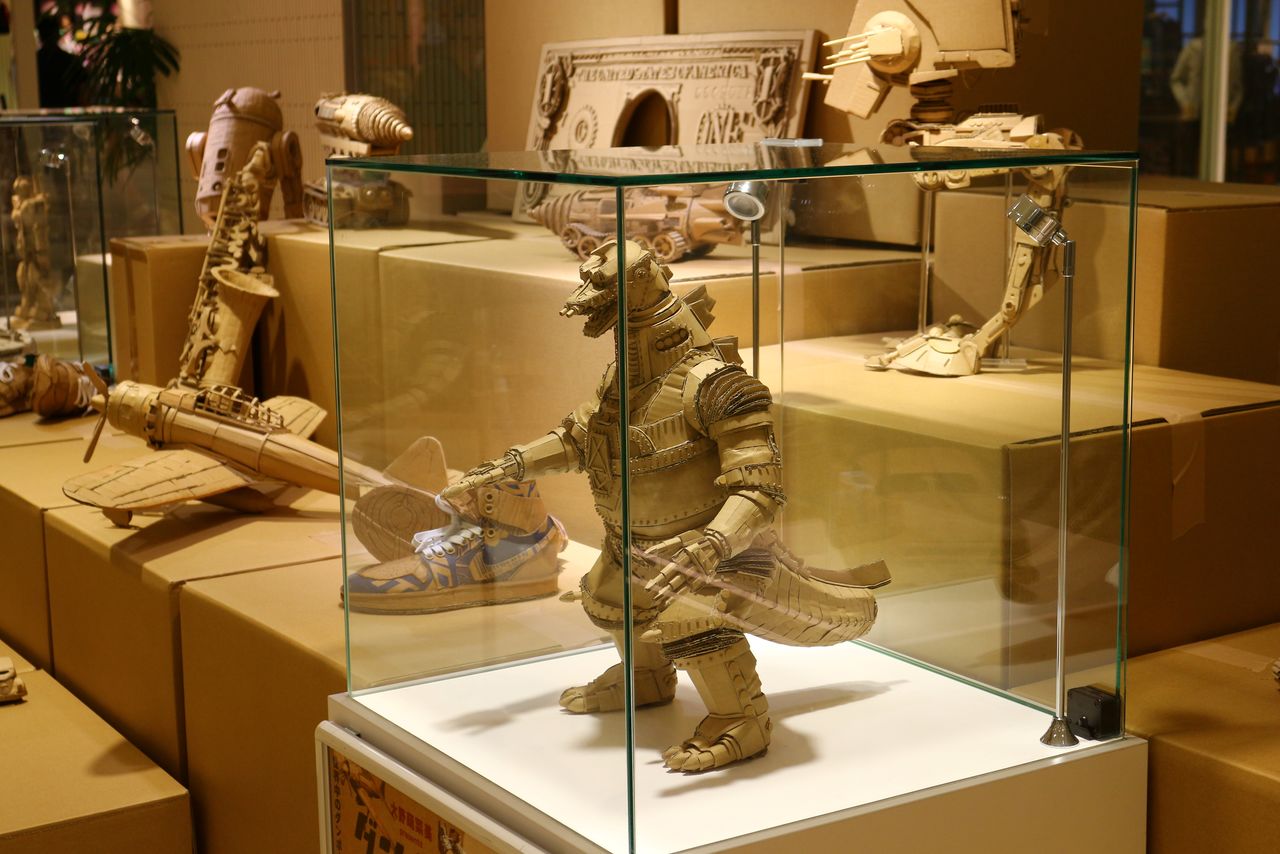 Cardboard sculptures by artist Monami Ohno are seen displayed at a gallery in Tokyo, Japan August 20, 2021. Picture taken August 20, 2021. Monami Ohno/Handout via REUTERS ATTENTION EDITORS - THIS IMAGE HAS BEEN SUPPLIED BY A THIRD PARTY. MANDATORY CREDIT. NO RESALES. NO ARCHIVES. 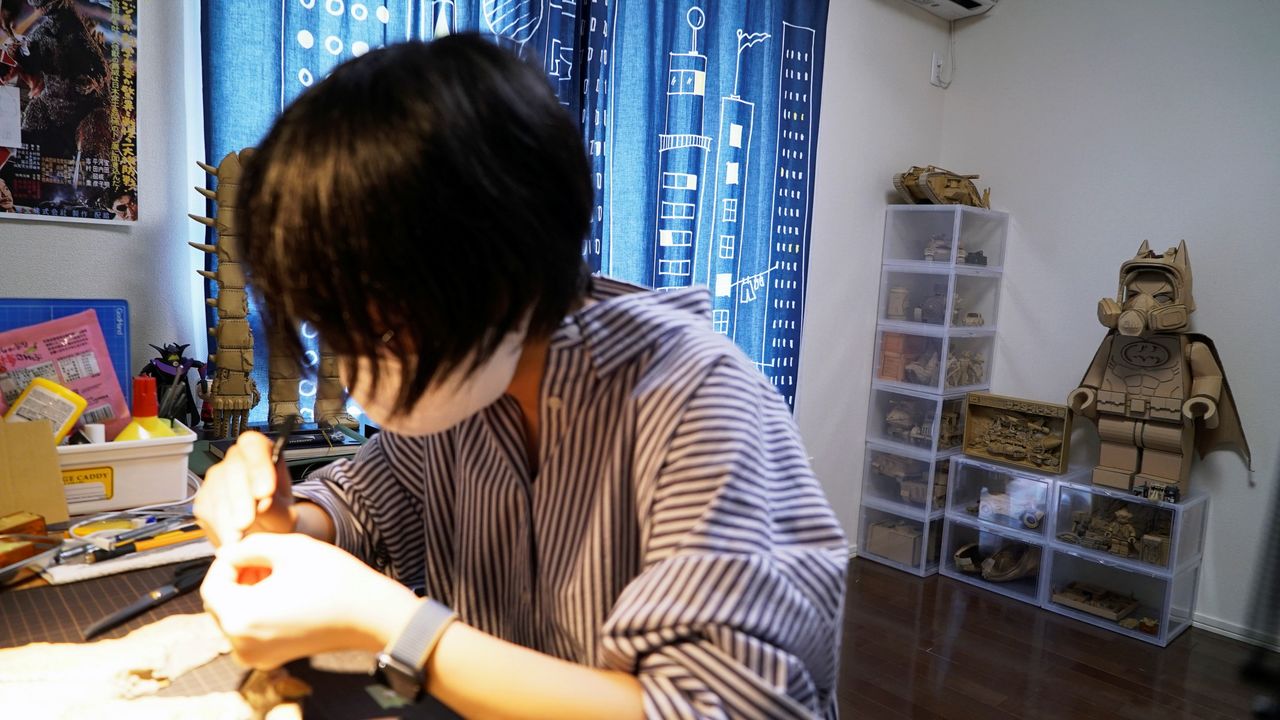