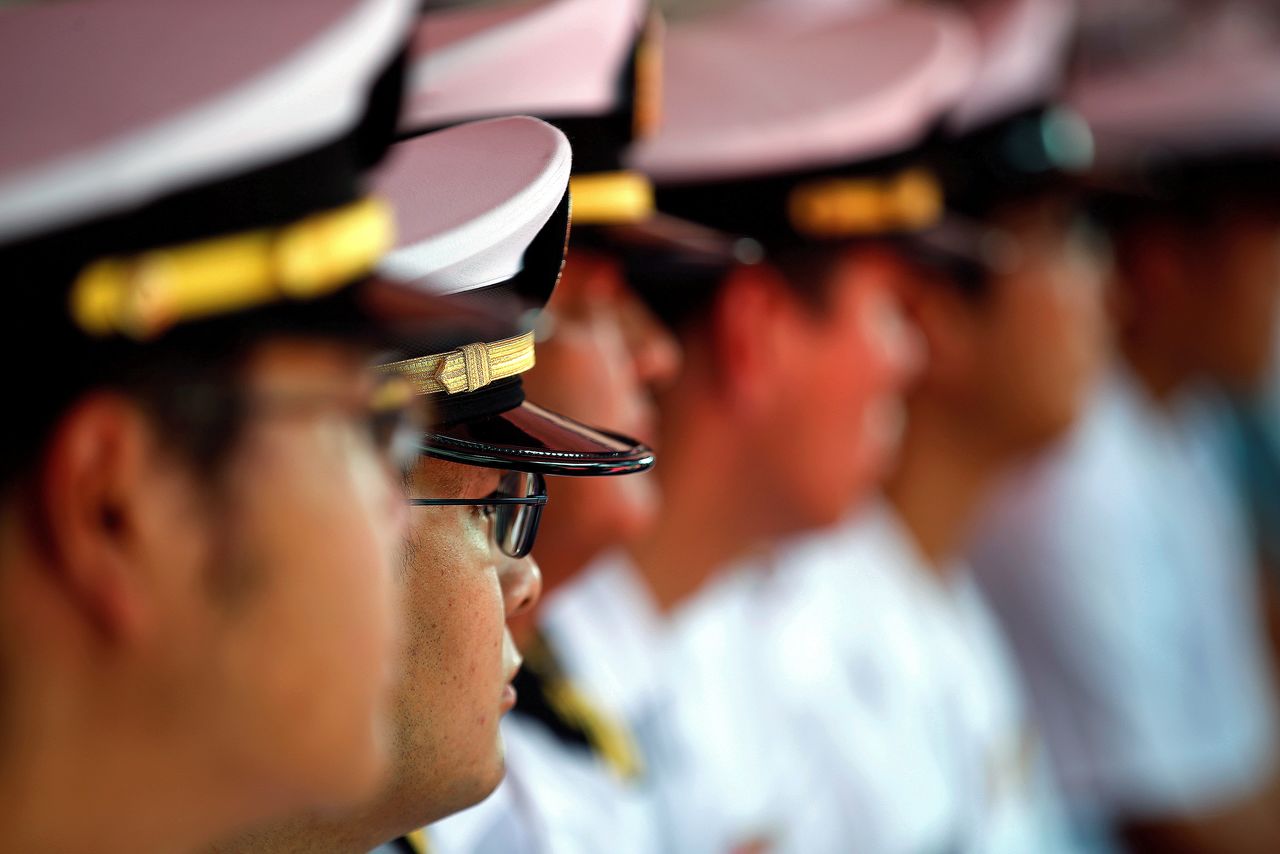 TOKYO (Reuters) - Japan's defence ministry is seeking an annual budget increase that will add to past hikes to expand military spending over a decade by almost a sixth, as it looks to counter the growing strength of neighbouring China.

Since last year, Japan has identified China as its main national security threat, pointing in a July policy paper to a "sense of crisis" over Beijing's threat to Taiwan, which lies close to Japanese islands along the edge of the East China Sea.

The ministry's budget proposal, released on Tuesday, seeks an increase of 2.6 percent in spending, to a record 5.48 trillion yen ($49.93 billion), for the year starting April 1.

Finance ministry officials will review, and could amend, the request before sending it to Prime Minister Yoshihide Suga's cabinet for approval.

However, Japan's defence spending increases are not enough to keep pace with China's expanding military budget, which increased 6.8% this year and is already about four times more than Japan's, and second only to the United States in size.

Instead, Tokyo's strategy is to build a force armed with the latest equipment to deter Beijing from military action to settle territorial or other disputes in the region.

The defence ministry is asking for 105 billion yen next year to develop its first new domestic jet fighter in three decades. The project, expected to be completed in the 2030s, at a cost of about $40 billion, is being led by Mitsubishi Heavy Industries.

The ministry is also seeking funds for space-related forces, such as satellites and lasers to track targets beyond the atmosphere. It also wants 34.5 billion yen to strengthen defences against cyber attacks.