WARSAW (Reuters) -Poland moved on Tuesday towards declaring a state of emergency in two regions on its border with Belarus after hundreds of illegal migrants crossed into its territory this month.

The government formally asked President Andrzej Duda to impose the state of emergency for 30 days in parts of the Podlaskie and Lubelskie regions.

It was not immediately clear when Duda would respond but he is a close ally of the governing nationalists and is expected to approve the request. It would be the first time that Poland has declared a state of emergency on any part of its territory since the fall of communism.

Poland began building a barbed wire fence last week along the border in an effort to curb the flow of migrants from countries such as Iraq and Afghanistan crossing from Belarus.

Prime Minister Mateusz Morawiecki repeated accusations that Belarus was deliberately encouraging the migrants to cross onto Polish territory, while human rights groups said Warsaw must provide more humanitarian aid to those stranded on the border.

"The situation on the border with Belarus is a crisis," Morawiecki told a news conference.

Relations between the European Union and Belarus have worsened sharply over the past year since President Alexander Lukashenko claimed victory in an election his opponents and Western countries say was rigged.

The EU has slapped economic sanctions on Belarus and has accused Lukashenko of deliberately encouraging illegal migrants to cross into Poland and the Baltic states Latvia and Lithuania in a form of "hybrid warfare".

"Lukashenko's regime decided to push these people onto Polish, Lithuanian and Latvian territory in an effort to destabilise them," Morawiecki said.

Under a state of emergency, Polish authorities would acquire powers to restrict the movement of people, including non-governmental organisations (NGOs), in the border areas.

NGOs sharply criticised the government's approach to the issue.

"Motivated by feelings of human solidarity, we call on the competent Polish authorities to immediately provide the refugees stranded in the border area with the necessary humanitarian aid," said a statement from the Community of Conscience, which draws together various religious and ethnic minority leaders.

Rights activists have accused Polish authorities of denying adequate medical care to the stranded migrants. Warsaw says they are the responsibility of Belarus and it has also accused Minsk of refusing a convoy of humanitarian aid meant for the migrants. 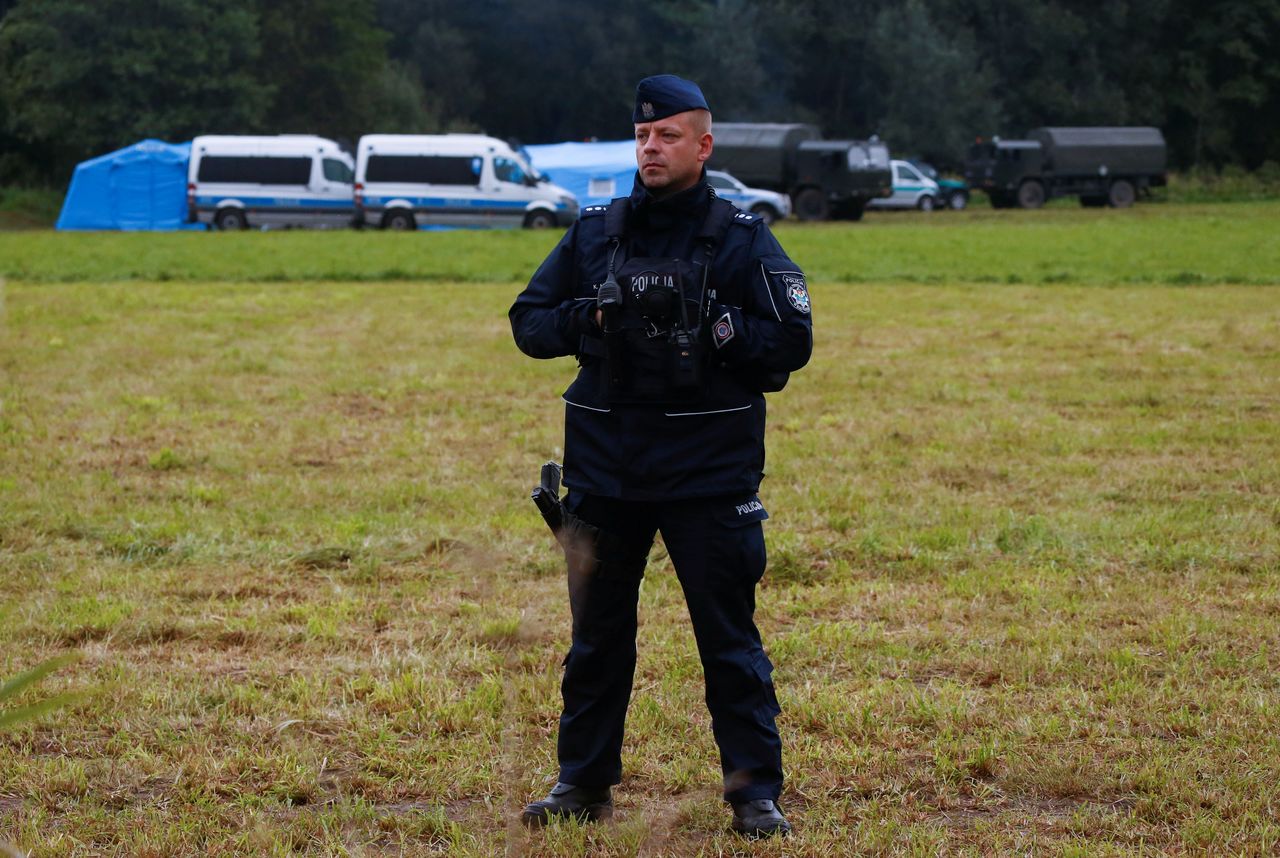 FILE PHOTO: Polish police officer stands guard next to a group of migrants stranded on the border between Belarus and Poland near the village of Usnarz Gorny, Poland August 26, 2021. REUTERS/Kacper Pempel 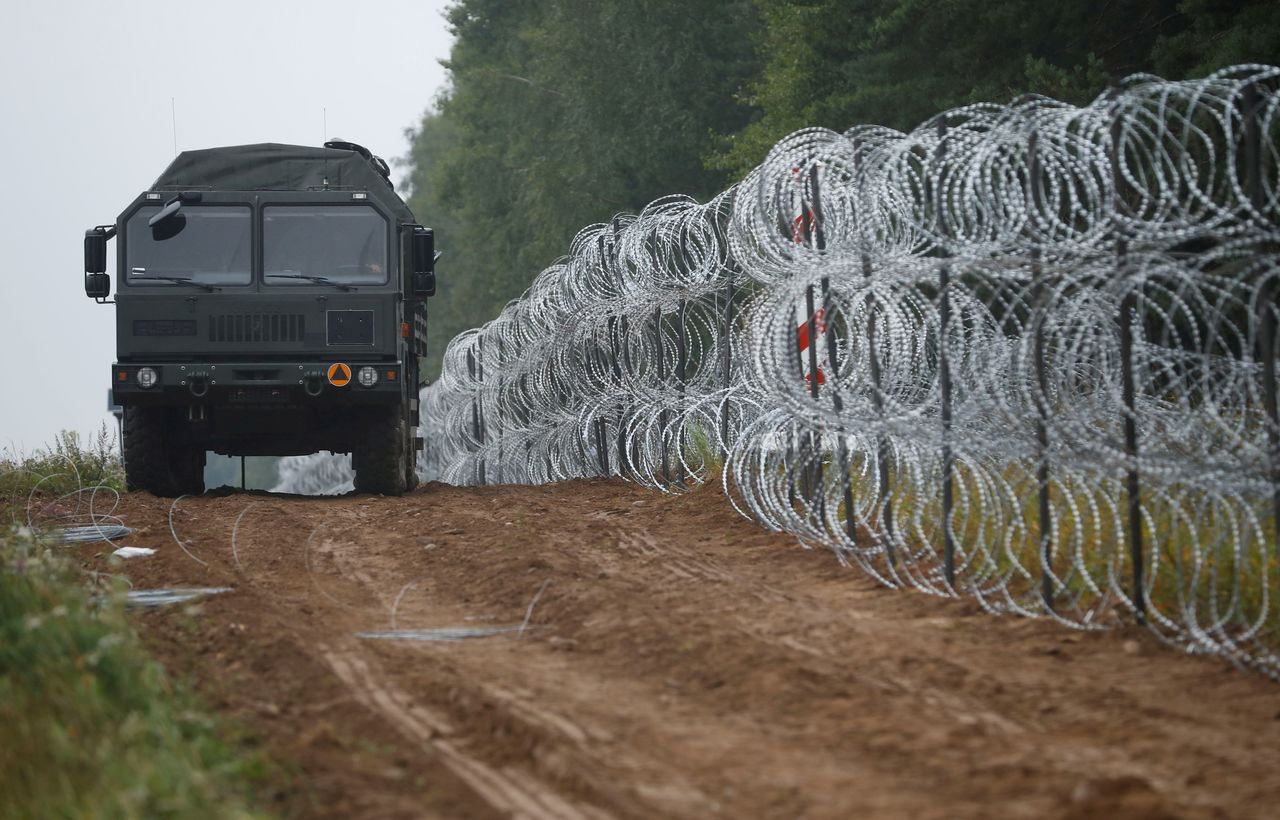 FILE PHOTO: A view of a vehicle next to a fence built by Polish soldiers on the border between Poland and Belarus near the village of Nomiki, Poland August 26, 2021. REUTERS/Kacper Pempel 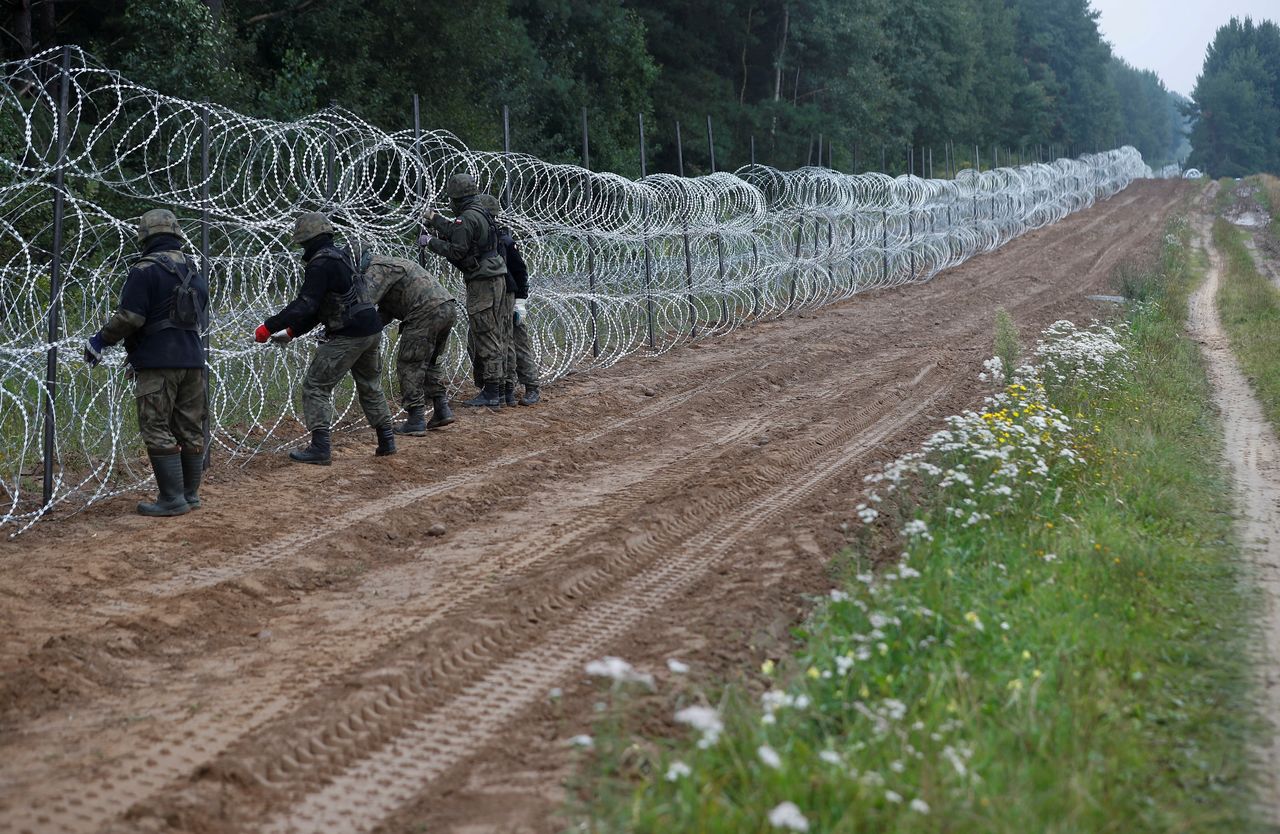 FILE PHOTO: Polish soldiers build a fence on the border between Poland and Belarus near the village of Nomiki, Poland August 26, 2021. REUTERS/Kacper Pempel 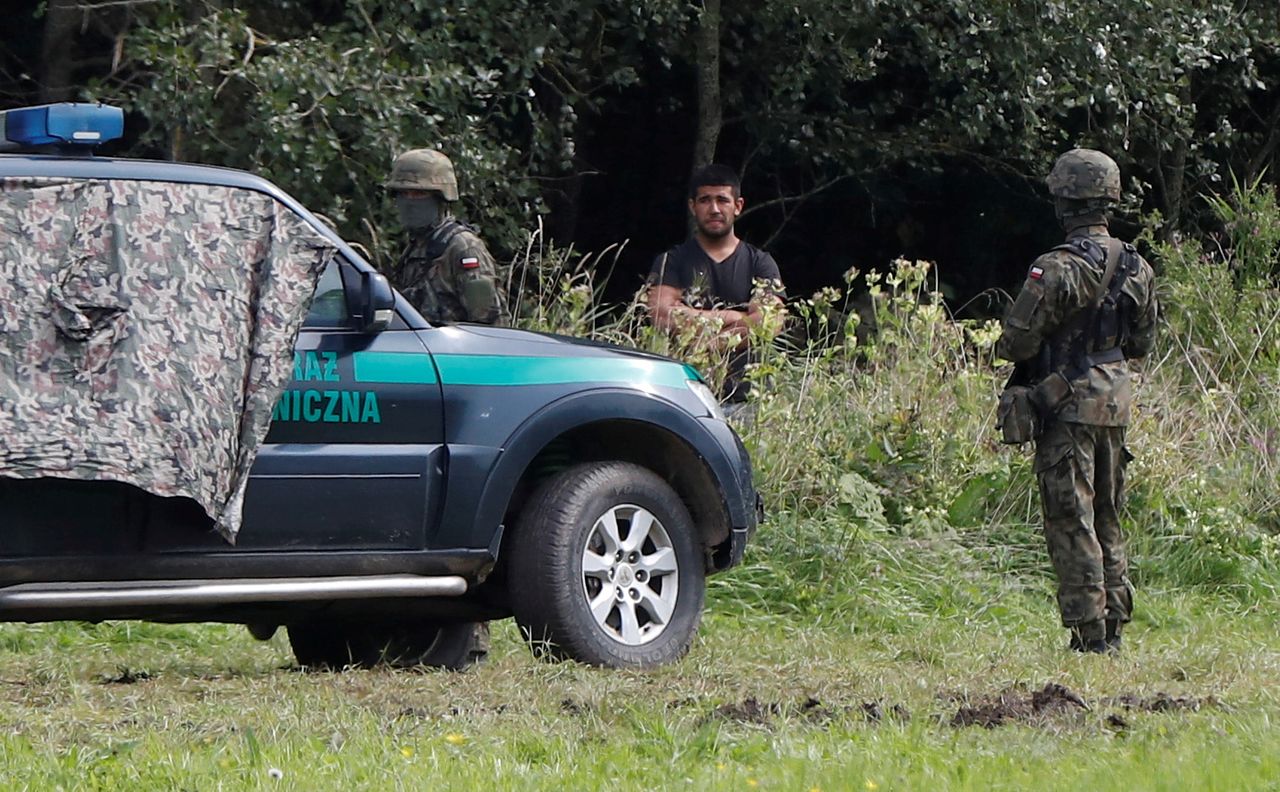 FILE PHOTO: Polish border patrol officers are pictured next to a migrant stranded on the border between Belarus and Poland near the village of Usnarz Gorny, Poland, August 23, 2021. REUTERS/Kacper Pempel