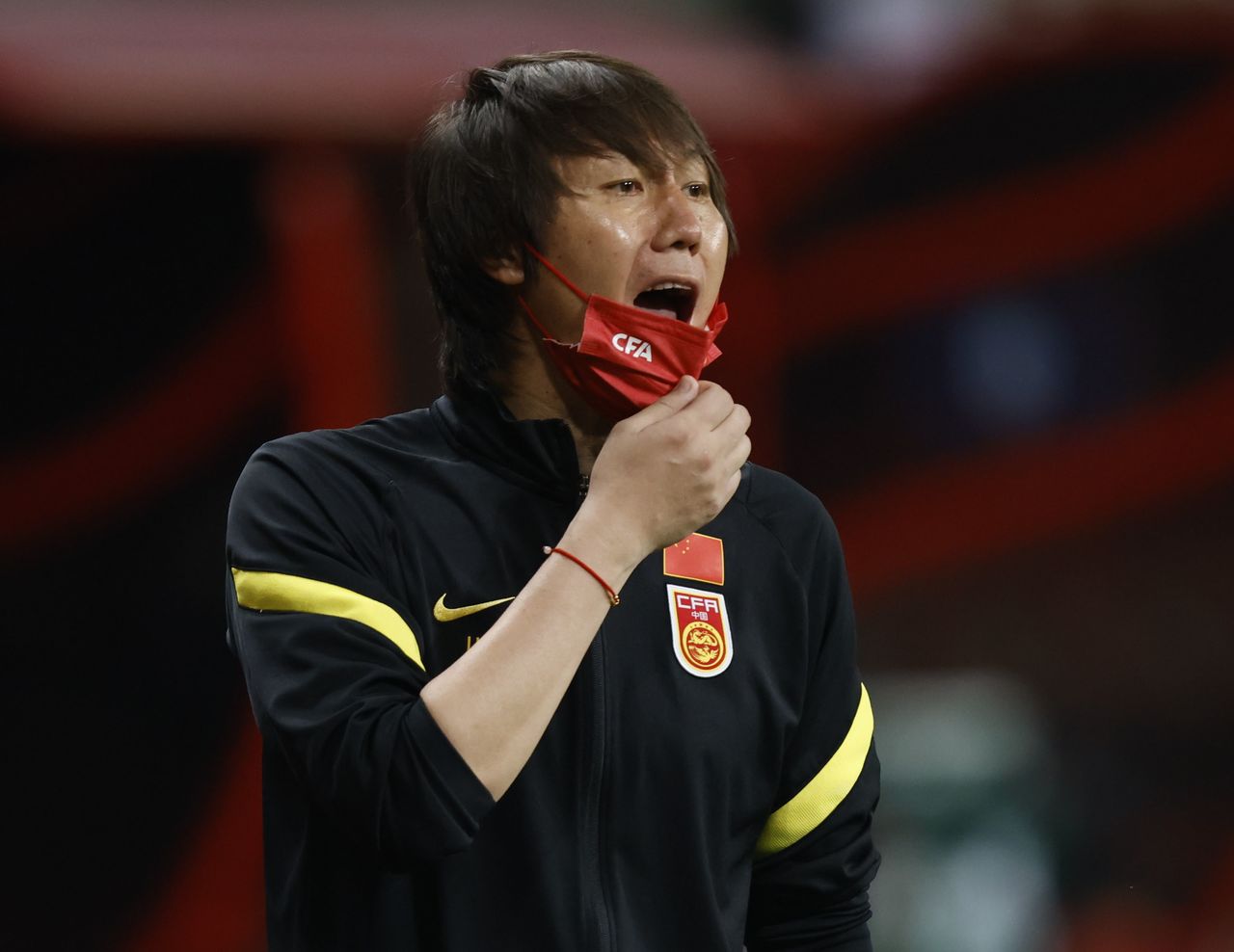 HONG KONG (Reuters) - Chinese football has struggled over the last two decades to build on their only World Cup appearance to date, but coach Li Tie is adamant his China team will be able to secure a place in Qatar in 2022.

China will be appearing in the final phase of the Asia's World Cup qualifiers for just the second time since featuring in the 2002 finals and face Australia on Thursday in Doha seeking to overcome low expectations.

"You might seem much stronger than us, but that doesn't mean we don't stand a chance," Li warned his side's rivals before leaving China for Qatar last week.

"One thing is for sure - we have to go all out with a mentality of going to war should we expect to produce any surprises in the qualifying tournament."

China are an outside bet among the 12 nations seeking one of Asia's four guaranteed World Cup berths between now and March, despite enhancing an ageing squad with a mix of naturalised players and those with ancestral links to the country.

That deeper talent pool will, however, face the prospect of conducting their campaign largely on the road.

In a tournament already affected by the pandemic, China and Australia will be granted a preview of Doha's Khalifa International Stadium, one of the venues for next year's World Cup, rather than meeting in Sydney due to travel restrictions.

The pair have been drawn in Group B and will take on four-time Asian champions Japan, five-time World Cup qualifiers Saudi Arabia, up-and-coming Vietnam and Oman.

Japan are favourites to qualify for a seventh straight finals and host Oman in their opening game while Vietnam make their first-ever appearance in this phase against the Saudis.

Group A, meanwhile, is comprised of World Cup regulars South Korea and Iran plus Iraq, Lebanon, the United Arab Emirates and Syria.

Paulo Bento will be looking for a winning start to South Korea's attempt to qualify for a 10th straight World Cup when they host Iraq, led by new coach Dick Advocaat, in Seoul while Iran entertain Syria.

The UAE take on Lebanon with Bert van Marwijk attempting to qualify the Gulf state for the World Cup for the first time since their debut appearance in Italy in 1990.

"The quality of the opponents now are higher and we respect every opponent," the Dutchman told The National.

"But we always want to play our own game, our own way of playing. That's why we work this way."

The top two finishers in each group advance to the World Cup while the third placed finishers will enter into a series of playoffs for a potential fifth Asian berth.