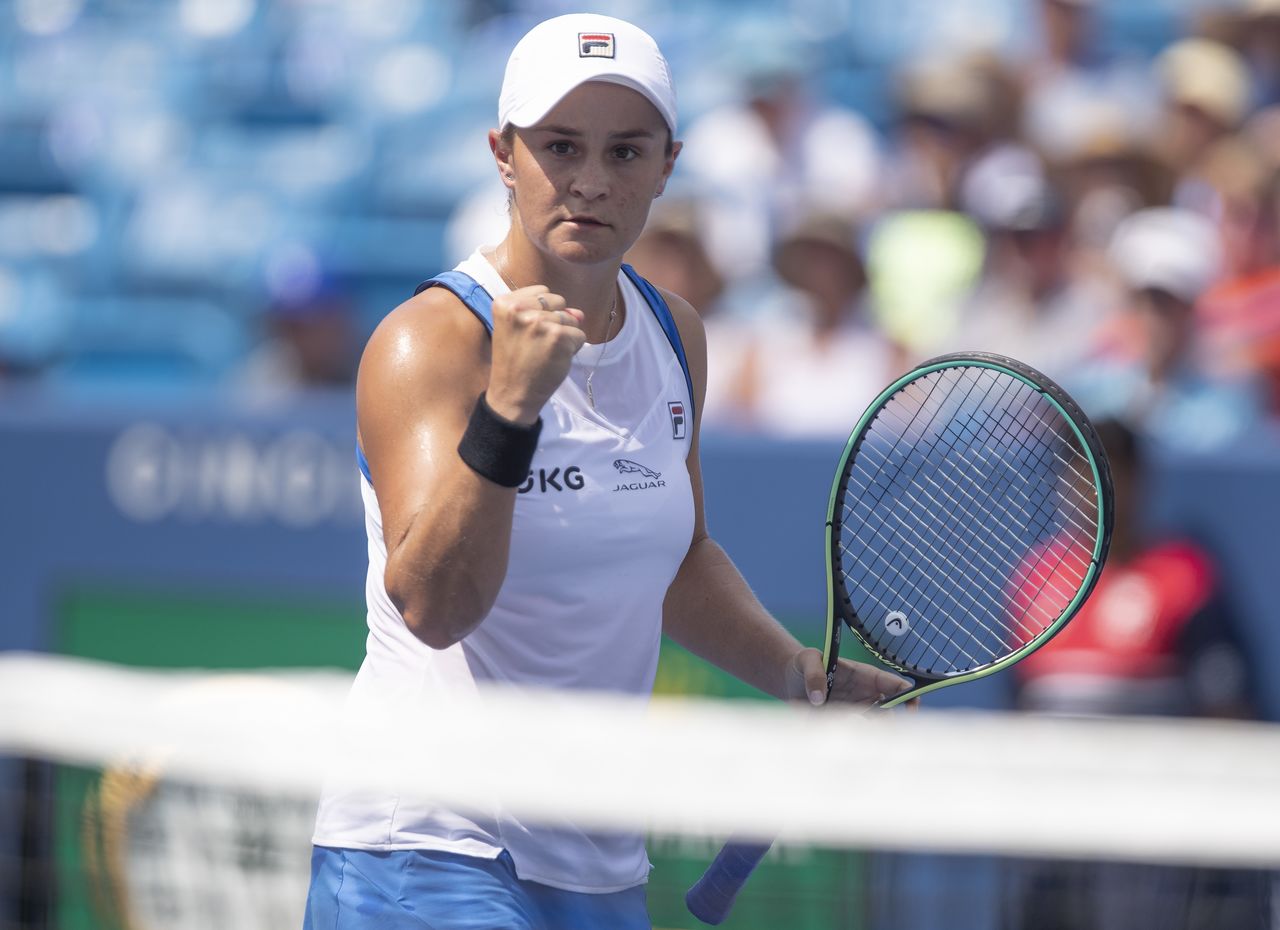 NEW YORK (Reuters) -World number one Ash Barty was made to sweat for a 6-1 7-6(7) win over Vera Zvonareva and a spot in the second round of the U.S. Open on Tuesday.

The top-seeded Australian came out firing on all cylinders and raced to a 3-0 lead in a rapid-fire opening set that was over in 24 minutes.

But what looked to be a straightforward afternoon for Barty turned tense in a grinding second set which the 36-year-old Zvonareva forced to a tiebreak before falling 9-7.

"Vera, without a doubt she's an experienced campaigner," said Barty. "I think in the first set I served exceptionally well.

"She was a little bit loose off her racquet and she gave me a few cheapies.

"I think all in all being able to work my way around that and kind of get through that in straight sets was really pleasing.

"I think when my back was against the wall I came up with some really good stuff.

"That's all we can ask when your back is against the wall."

Barty has won five tournaments this season, including a second career Grand Slam at Wimbledon and her U.S. Open tune-up in Cincinnati.

In between those two victories, however, the 25-year-old threw in a dismal performance when she was booted out of the opening round of the Tokyo Olympics by 48th-ranked Sara Sorribes Tormo.

Zvonareva is a former U.S. Open and Wimbledon runner-up but her best results came more than a decade ago and the injury-ravaged Russian has had spotty performances at Grand Slams ever since, not advancing past the second round of any major since 2014.

She embraced her moment back on Arthur Ashe Stadium court, refusing to wave the white flag after a lopsided opening set.

In the end Barty's all-court game and power proved too much for her, with the Australian laying down 11 aces and firing 31 winners compared to nine by her opponent.

"I think all in all I felt like today I was able to find some good tennis when it mattered most," said Barty, who next meets young Dane Clara Tauson. "I started well and in the end was able to play some good, aggressive tennis towards the end of the match."