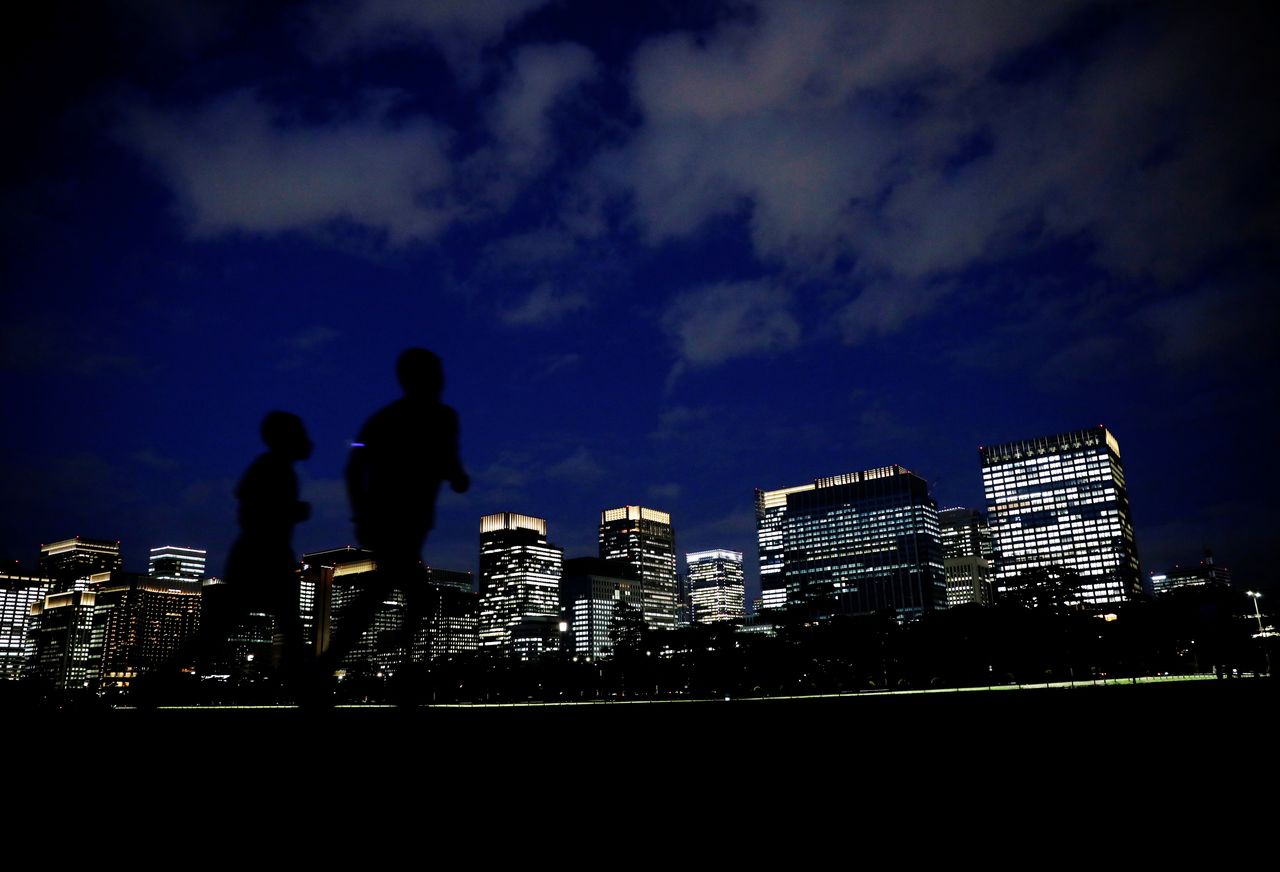 TOKYO (Reuters) -Japan will ramp up efforts to promote sustainable finance such as by nurturing its green bond market and analysing financial institutions' resiliency to climate risks, according to the government's new regulatory guideline.

In collaboration with the central bank, the Financial Services Agency (FSA) will conduct scenario analyses on Japan's three mega-banks and top three non-life insurers to measure their resilience to risks posed by climate change.

The analyses will be based on common scenarios on climate risks and conducted as a pilot exercise through June next year, Japan's financial regulator FSA said in its fiscal 2021 regulatory guideline released on Tuesday.

Japan will also set up a scheme to certify green bonds and work with Japan Exchange Group - the operator of Tokyo Stock Exchange - on a common platform that issuers and investors can tap for information on green bonds, according to the guideline.

"It's important to create an environment where market participants can smoothly and accurately make investment decisions that contribute to decarbonisation," the FSA said.

The moves follow the Bank of Japan's decision in June to boost funding for efforts to fight climate change.

"There are areas in finance where the BOJ can play a role in addressing climate change," BOJ Deputy Governor Masazumi Wakatabe told a news conference on Wednesday.

"Tax incentives, subsidies and rule-setting are areas that fall under the realm of government and regulators," he said, adding that a "division of labour" was crucial for policymakers to deal with the broadening economic fallout from climate risks.

Japan is among the world's most disaster-prone countries and has been hugely affected by climate change, with floods causing many casualties each year.

Prime Minister Yoshihide Suga last year set a goal to make the country carbon neutral by 2050, bringing it more in line with other countries as global attention to climate change heightens.

Japan's green bond market is growing but still small, accounting for about 775 billion yen ($7 billion) of the world's $300 billion market for such assets.