NEW YORK (Reuters) -World stock markets closed at new highs on Wednesday as investors looked beyond weak economic data that weighed on the dollar to focus on the likely continuation of massive central bank stimulus measures.

The upbeat mood for equities came despite signs that Asia's factory activity lost momentum in August and that U.S. private employers hired far fewer workers than expected last month, likely due to a resurgence in COVID-19 infections.

But the U.S. labor market continues to recover, with private payrolls increasing last month by 374,000 jobs, or 48,000 more than in July, the ADP National Employment Report showed.

U.S. manufacturing activity also unexpectedly picked up in August amid strong order growth, providing markets a sunny side to cheer.

Many investors and other market participants expect central bank stimulus measures to remain and companies to report strong earnings despite a deceleration in economic activity.

"We're in the moment where it's still semi-Goldilocks - there is the inflation element that is still for the moment being discarded by central bankers," said Olivier Marciot, senior portfolio manager with Unigestion.

The Nasdaq Composite advanced 0.33%, lifted by tech powerhouses such as Apple Inc, which set a new high, while the S&P 500 pared earlier gains to close up just 0.03%. The Dow Jones Industrial Average slipped 0.14%.

The dollar traded near its lowest point in nearly three weeks versus major peers as investors await the nonfarm payrolls report on Friday for clues to when the Federal Reserve begins paring its stimulus. Fed Chair Jerome Powell has said an improving labor market is a prerequisite for tapering to begin.

Worries persist, however, that the Delta variant of the coronavirus is weighing on the economy, leading some to lower their estimates for U.S. jobs data on Friday, said Joe Manimbo, senior market analyst at Western Union Business Solutions in Washington.

"The recovery has been uneven but if nonfarm payrolls should also disappoint, that would seemingly close the door to an imminent taper and keep the dollar in a bit of a funk," he said.

The dollar index, which tracks the greenback versus a basket of six currencies, fell 0.14% to 92.52.

The ISM index added to skepticism that the Fed will move any time soon on tapering its bond-buying program, Manimbo said.

"It's a vote of confidence in the Fed's dovish stance," he said.

Powell tried last week to distance the two concepts of the Fed tapering its bond purchases from when it begins to raise interest rates, said Kevin Flanagan, head of fixed-income strategy at WisdomTree Investments Inc.

"You have to give the Fed kudos; they've done a very good job with their forward guidance with respect to tapering," Flanagan said. "They've met their criteria on the inflation side, and now it's on the jobs number."

Markets are likely to remain quiet until Friday, with an attempt by bond traders to push yields on the 10-year Treasury above the 1.32% to 1.33% level unsuccessful, he said.

Government bond yields across the euro area touched their highest levels in around six weeks, pushed up by unease over the future pace of European Central Bank bond purchases.

Germany's 10-year Bund yield briefly touched its highest level in just over six weeks at -0.354% before steadying at around -0.365%.

Oil prices traded little changed after the Organization of the Petroleum Exporting Countries and its allies agreed to stick to their existing policy of gradual crude output increases. 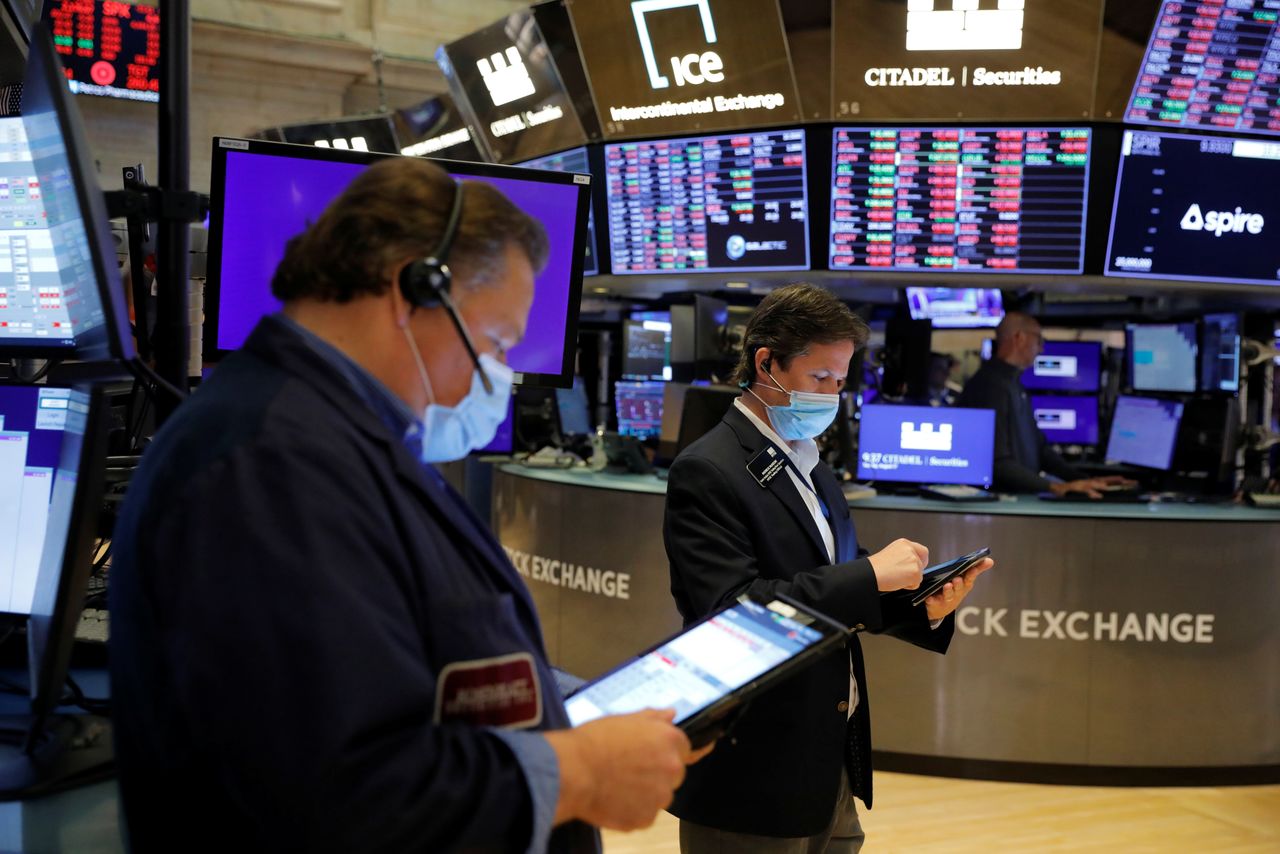 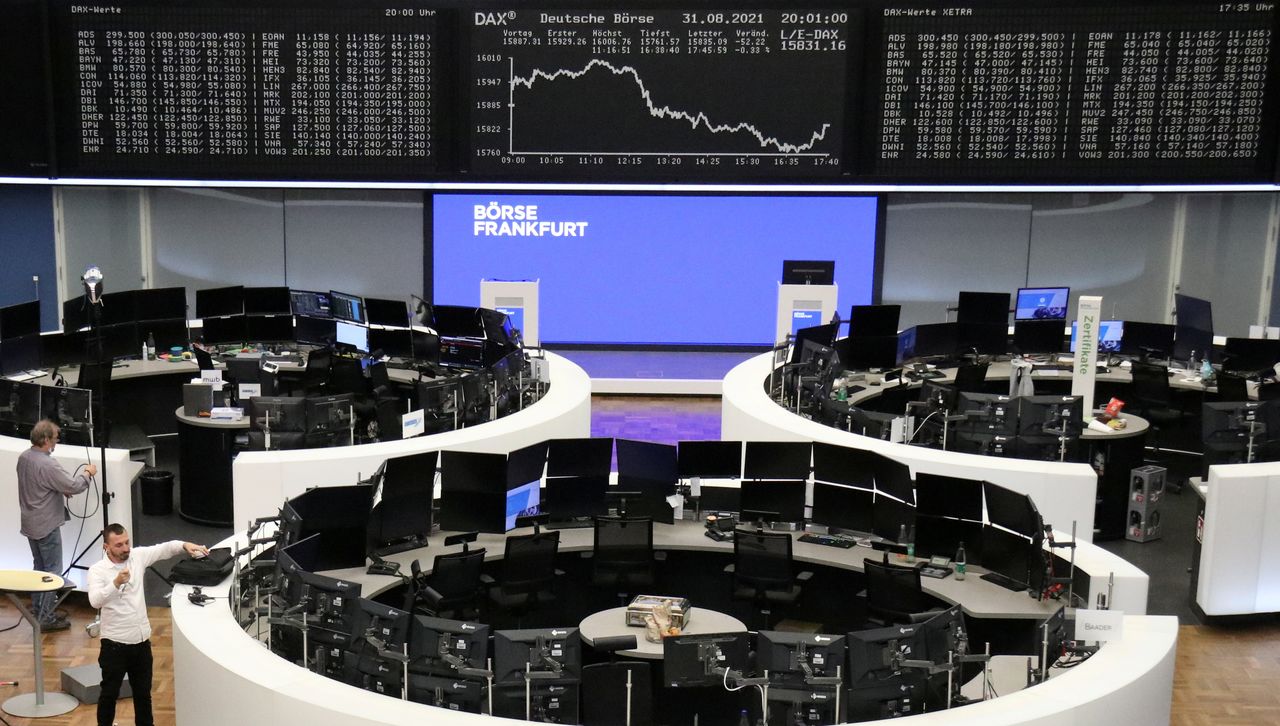 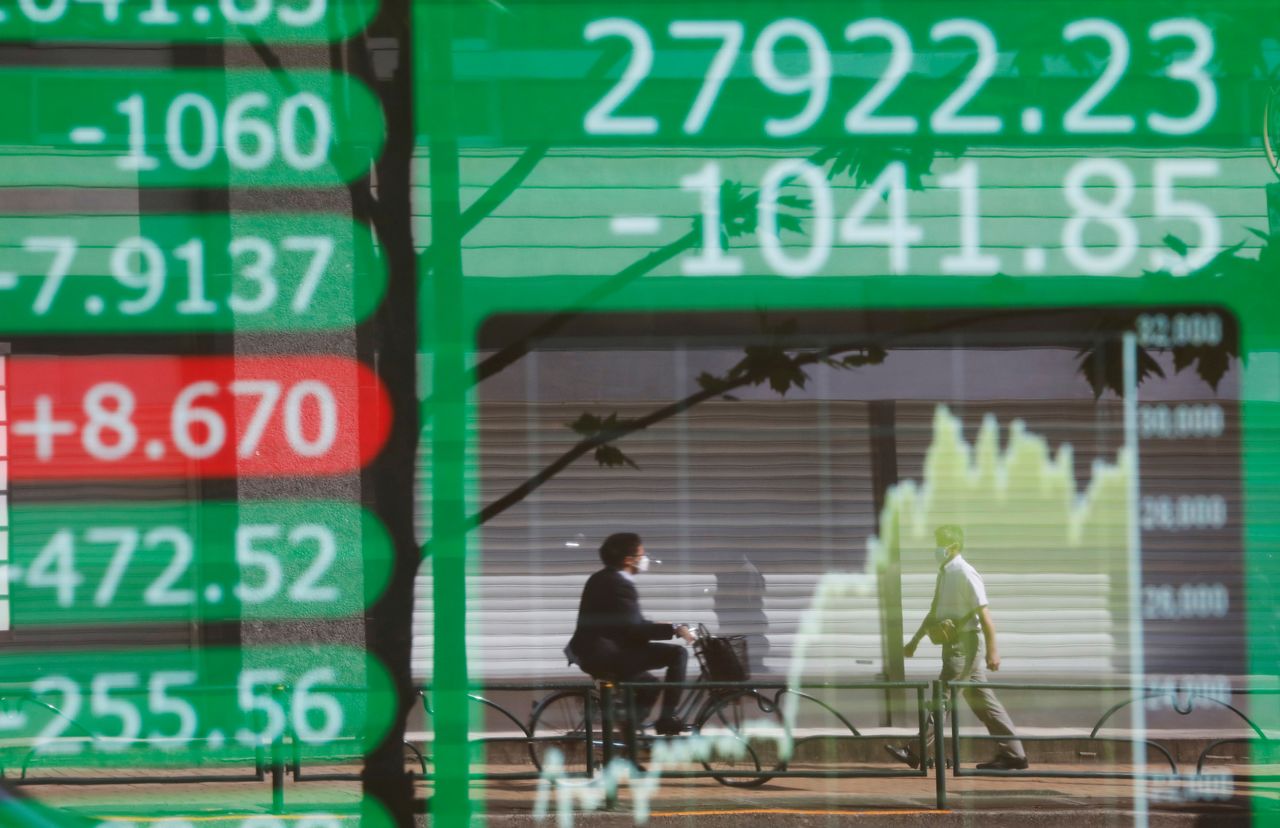 FILE PHOTO: People are reflected on an electric board showing Nikkei index and its graph outside a brokerage at a business district in Tokyo, Japan, June 21, 2021. REUTERS/Kim Kyung-Hoon