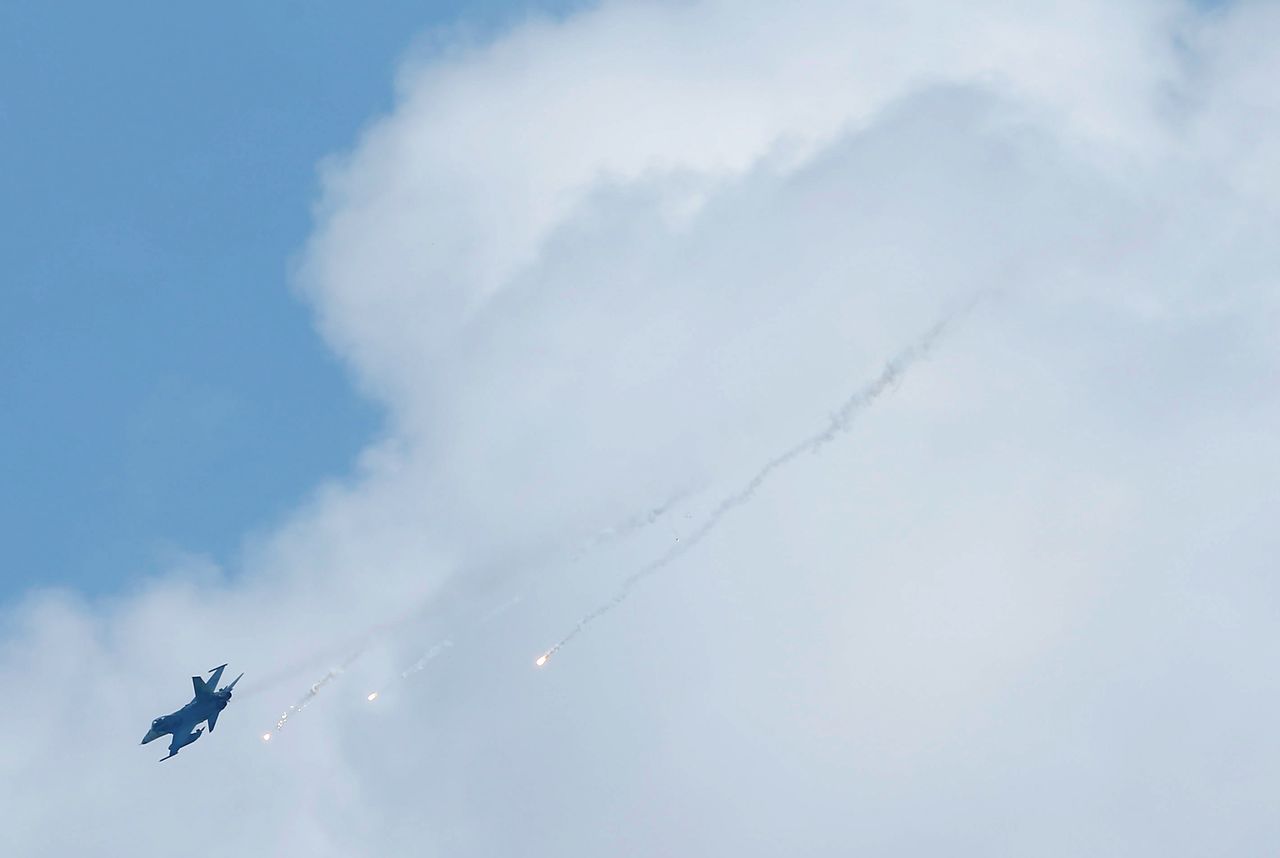 TAIPEI (Reuters) - China's armed forces can "paralyse" Taiwan's defences and are able to fully monitor its deployments, the island's defence ministry said, offering a stark assessment of the rising threat posed by its giant neighbour.

Beijing is stepping up military activities around the island, which it views as Chinese territory. It has never renounced the use of force to bring democratic Taiwan under its control.

In its annual report to parliament on China's military, a copy of which was reviewed by Reuters, Taiwan's Defence Ministry presented a far graver view than it did last year, when the report said China still lacked the capability to launch a full assault on Taiwan.

This year's report said that China can launch what it termed "soft and hard electronic attacks", including blocking communications across the western part of the first island chain, the string of islands that run from the Japanese archipelago, through Taiwan and down to the Philippines.

China "can combine with its internet army to launch wired and wireless attacks against the global internet, which would initially paralyse our air defences, command of the sea and counter-attack system abilities, presenting a huge threat to us".

This means Beijing can monitor movements around Taiwan, helped by China's regular use of its own spy planes, drones and intelligence gathering ships, it said.

China's Defence Ministry did not respond to a request for comment.

Although Taiwan's report noted, like last year, that China still lacked transport abilities and logistical support for a large-scale invasion, the Chinese military is working to boost those abilities.

With precision missile attacks that can hit anywhere on the island, China is also capable of "paralysing" Taiwan military command centres and combat capacity of its naval and air forces, it said.

Chinese spies in Taiwan could launch a "decapitation strike" to destroy political and economic infrastructure, it added.

With the deployment of mid- and long-range missiles and more exercises involving its aircraft carriers, China is trying to position itself to delay "foreign military intervention" in an attack on Taiwan, the ministry said.

President Tsai Ing-wen has made bolstering Taiwan's own defences a priority, building up its domestic defence industry and buying more equipment from the United States, the island's most important arms supplier and international backer.