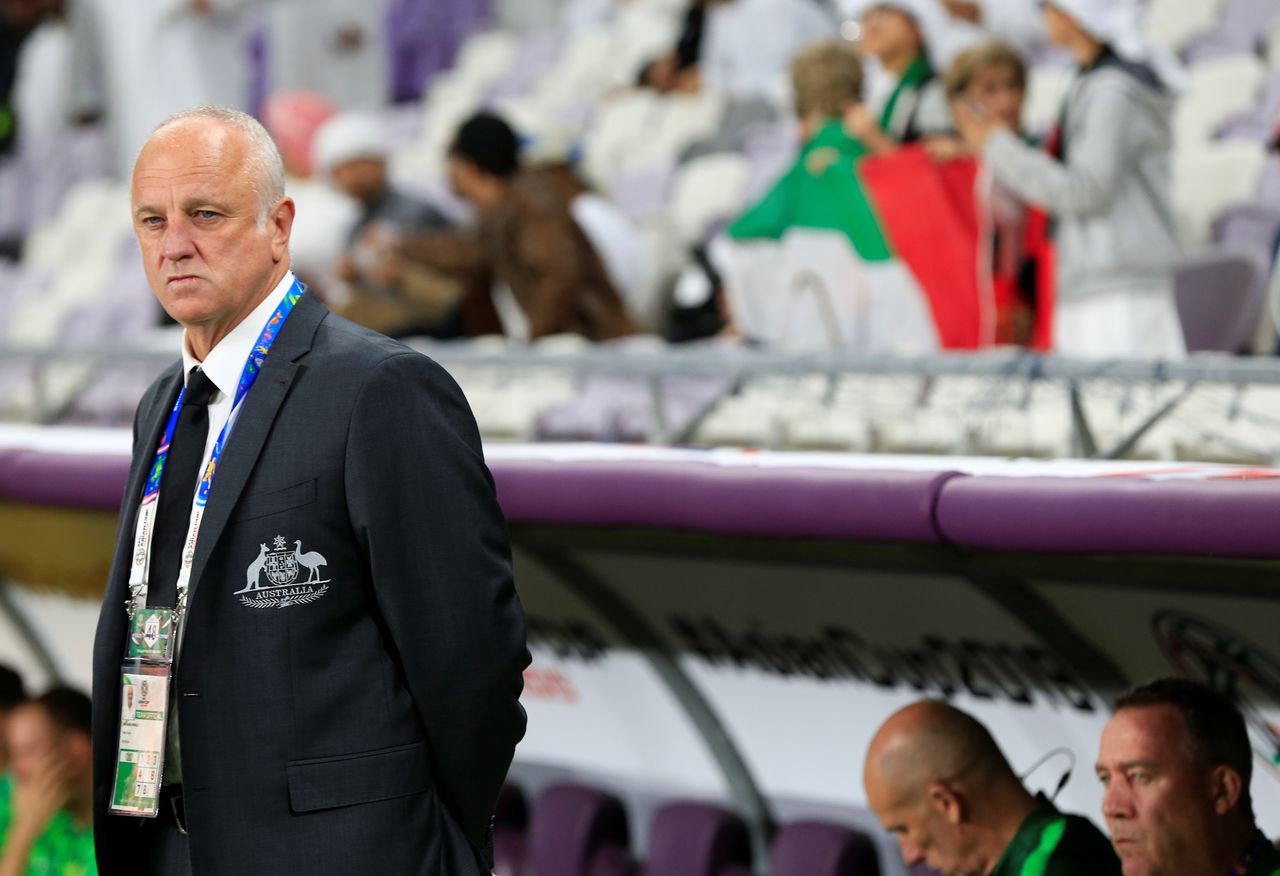 MELBOURNE (Reuters) - Australia coach Graham Arnold is having to prepare his game plan for their World Cup qualifier against China by Zoom after assistants Rene Meulensteen and Tony Vidmar were unable to travel to Qatar due to COVID-19 issues.

Though fully vaccinated, Meulensteen tested positive for COVID-19 last week while Vidmar was forced into a 28-day isolation after returning to South Australia state from the Tokyo Olympics.

Arnold drafted in national junior coach Trevor Morgan to fill the breach in Doha and shrugged off the loss of his other assistants ahead of the clash at Khalifa International Stadium on Thursday.

The match is a "home" fixture for the Socceroos, who are unable to host China in Australia due to COVID-19 restrictions.

"I have great trust in my staff everywhere. Rene is a fantastic assistant, and the fact that he can’t be here because he tested positive last week was a blow," Arnold told reporters in a video call from Doha on Wednesday.

"Tony Vidmar having to go through the double-quarantine after the Olympics was also a blow.

"But they’re both still working for me -- but by remote, on Zoom calls ... We're still communicating with each other and coming up with a game-plan.

"It’s a challenge but it is what it is and the most important thing is we stay positive."

Most of the players arrived on Sunday and Monday but the squad was unable to assemble on a training pitch until Tuesday as they awaited results of COVID-19 tests.

They will have only one more session later on Wednesday before playing China in a fully air-conditioned stadium as part of Qatar's preparations for next year's World Cup.

Arnold, who expected the match to be played at a very agreeable 21-22 Celsius, said they had asked the Asian Football Confederation to allow them to play the game in Europe but the request was turned down.

The Socceroos have nonetheless become accustomed to the Middle East, winning their previous five qualifiers in the region.

"For me, the most important thing was that we didn't play in East Asia, this game. It was all about taking China away from East Asia and bringing them over this way," said Arnold.

"We feel quite comfortable here in the Middle East."