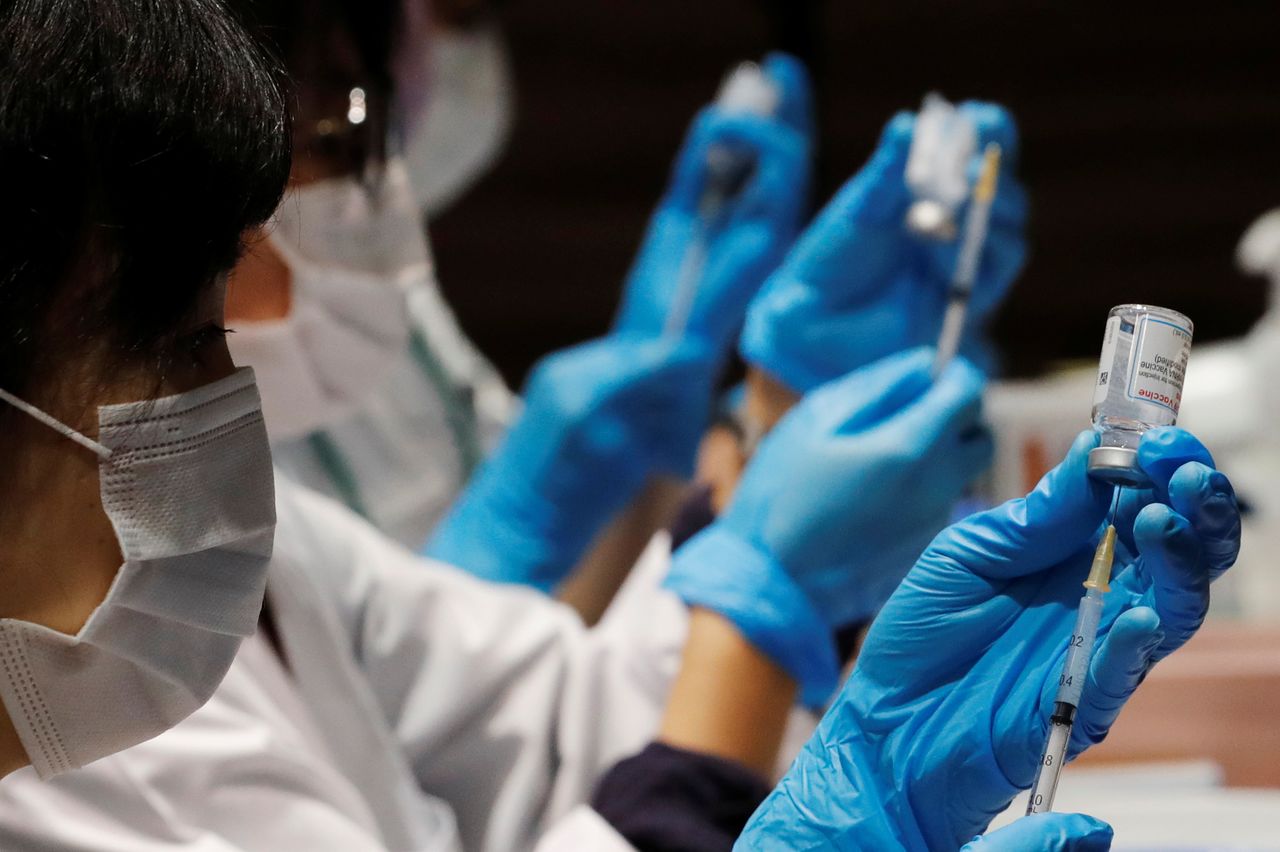 By Rocky Swift and Carl O'Donnell

TOKYO (Reuters) -Moderna Inc and Takeda Pharmaceutical Co Ltd on Wednesday said they are working with Japanese authorities to recall three batches of COVID-19 vaccine after an investigation found stainless steel contaminants in some vials.

Japanese authorities had suspended use of these batches of Moderna shots containing 1.63 million doses last week after being notified of the contamination issue.

Japan's health ministry said on Wednesday, based on information from the companies' investigation, that it did not believe the particles of stainless steel pose any additional health risk. Moderna said the stainless steel contamination probably occurred during production.

The most probable cause of contamination was related to friction between two pieces of metal in the machinery that puts stoppers on the vials, Moderna said in the joint statement with Takeda. The material was confirmed to be stainless steel.

Moderna conducted its investigation in partnership with Takeda and Spanish manufacturer Rovi, which operates the plant where the contamination occurred.

"Stainless steel is routinely used in heart valves, joint replacements and metal sutures and staples. As such, it is not expected that injection of the particles identified in these lots in Japan would result in increased medical risk," Takeda and Moderna said in a joint statement.

Moderna shares were up 2.6% following the statement. Shares of Rovi were up than 4.5% after falling more than 10% on news of the dose suspensions. Takeda shares rose more than 2%.

Administration of the Moderna shots from the three lots was suspended in Japan after 39 vials were found to contain foreign material. All the vials came from a single lot, but shots from two other lots from the same Rovi manufacturing line were suspended as a precaution.

Those three lots were the only ones affected by the manufacturing issue, the statement said. Rovi has fully inspected its manufacturing facility and implemented new procedures to avoid similar problems in the future, it added.

Use of the Moderna vaccine from different batches also was temporarily halted in three regions in Japan this week. In some cases, foreign substances were found in unused vials, while others appear to have been the result of incorrectly inserted needles causing bits of the vials' rubber stopper break off.

The contamination issue gained more attention after the health ministry said on Saturday that two men, aged 38 and 30, died in August within days of receiving their second Moderna doses. Each had received a dose from one of the suspended lots.

The cause of death in the two cases is still being investigated.

Moderna and Takeda said in the joint statement that there was no evidence the fatalities were caused by the vaccine. "The relationship is currently considered to be coincidental," the companies said in the statement.

About 500,000 people have received shots from the three suspended Moderna batches, Taro Kono, Japan's minister in charge of the vaccination campaign, told reporters on Friday. Moderna said it cannot confirm how many doses were distributed from the batches.