NEW YORK (Reuters) - Highlights of the third day at the U.S. Open, the last Grand Slam tournament of the year, at Flushing Meadows on Wednesday(times in GMT):

Argentina's Diego Schwartzman, the 11th seed, wrapped up a 7-6(4) 6-3 6-4 win over 2017 runner-up Kevin Anderson in the weather-delayed clash. He will face Solvakia's Alex Molcan for a spot in the fourth round.

0332 TSITSIPAS BATTLES INTO THIRD ROUND

Greek third seed Stefanos Tsitsipas hit 27 aces on the way to a 6-3 6-4 6-7(4) 6-0 win over France's Adrian Mannarino in just under three hours at Arthur Ashe Stadium to set up a third-round clash with 18-year-old Carlos Alcaraz of Spain.

The second-round match between former champion Angelique Kerber and Anhelina Kalinin has been postponed due to rain and will be played on Thursday, with the winner taking on Sloane Stephens.

Luck shines on Halep on rainy day at U.S. Open

Osaka gets walkover into U.S. Open third round

No hearts from Djokovic as NY crowd shows love for underdog

Diego Schwartzman was leading former finalist Kevin Anderson 7-6(4) 1-0 under the roof at Louis Armstrong Stadium before their match was suspended following multiple delays after strong winds blew rain into the venue.

Former champion Sloane Stephens showed glimpses of the form that took her to the title in 2017 as she beat fellow American and 21st seed Coco Gauff 6-4 6-2 under the closed roof at Arthur Ashe Stadium.

"That's what I want, I want him bad. I'm coming after him," Tiafoe said in his post-match interview.

2029 SABALENKA OVERCOMES FALL TO DOWN ZIDANSEK

Second seed Aryna Sabalenka notched her 40th win of the season with a 6-3 6-1 victory over Slovenia's Tamara Zidansek. The Belarusian took a hard fall in the opening set and kept icing her right hand and wrist during changeovers.

Canadian Felix Auger-Aliassime, the 12th seed, won a tight opening set against Bernabe Zapata Miralles before finding his rhythm to beat the Spaniard 7-6(5) 6-3 6-2.

World number two and 2019 runner-up Daniil Medvedev reached the third round for the fourth straight year with a comfortable 6-4 6-1 6-2 victory over unseeded German Dominik Koepfer.

Fifth seed and former quarter-finalist Andrey Rublev of Russia moved into the third round for the fourth time in five years with a 7-6(2) 6-7(5) 6-1 6-1 win over Spain's Pedro Martinez.

"I think it's going to be a very difficult match. I think she always plays great here," Muguruza said after beating Andrea Petkovic.

Australia's Alexei Popyrin sent 15th seed Grigor Dimitrov crashing out with a 7-6(4) 7-6(4) 4-0 win after the Bulgarian called it quits due to an apparent foot injury.

1757 SVITOLINA AND JABEUR GO THROUGH

Fifth seed Elina Svitolina, a semi-finalist two years ago, eased past Spain's Rebeka Masarova 6-2 7-5. Joining her in the third round was Tunisia's Ons Jabeur, who made short work of Maria Camila Osorio Serrano, winning 6-0 6-1 in 53 minutes.

Former world number one Simona Halep continued her fine form at Flushing Meadows with a convincing 6-3 6-1 win over Kristina Kucova to move into the third round.

1710 PLAY SUSPENDED ON OUTSIDE COURTS

Play was halted on the outside courts due to rain.

1640 MUGURUZA TOO GOOD FOR PETKOVIC

Two-times Grand Slam winner Garbine Muguruza powered past Andrea Petkovic 6-4 6-2 to reach the third round and claim a first career win over the German.

Defending champion Naomi Osaka of Japan progressed to the third round after receiving a walkover from Serbia's Olga Danilovic due to illness.

"I have been feeling unwell these past few days dealing with a non-Covid related viral illness. I was really looking forward to playing against Naomi on Arthur Ashe Stadium today, but not to be this time," wrote Danilovic on social media. 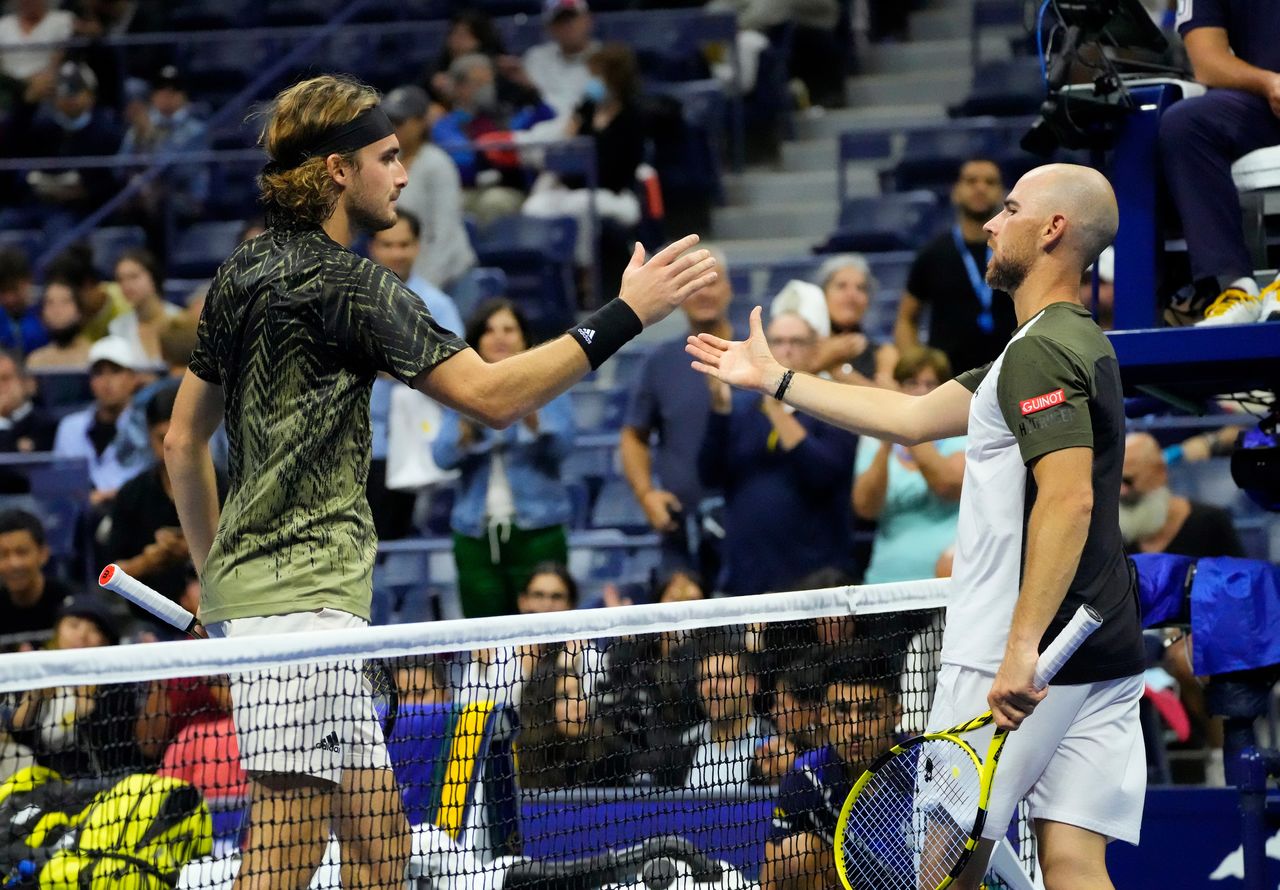 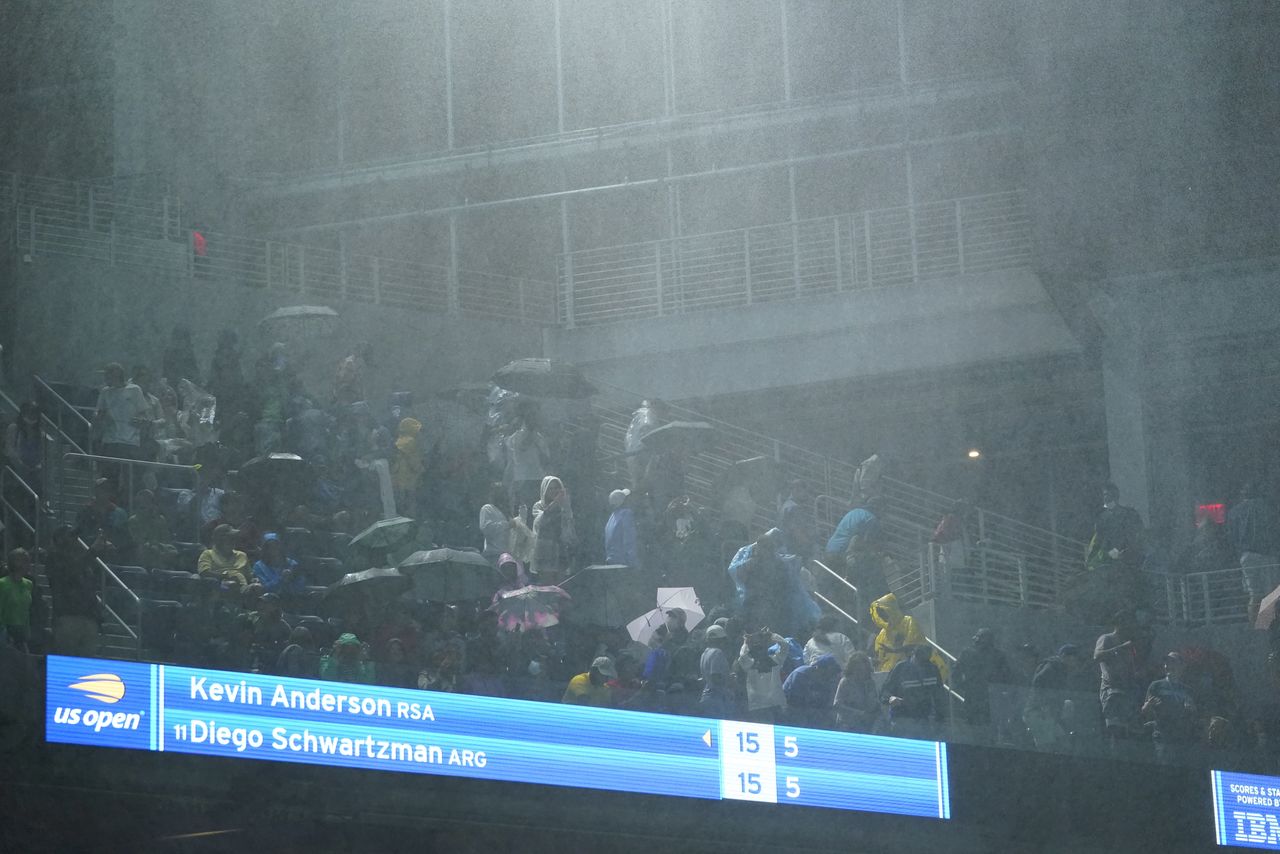