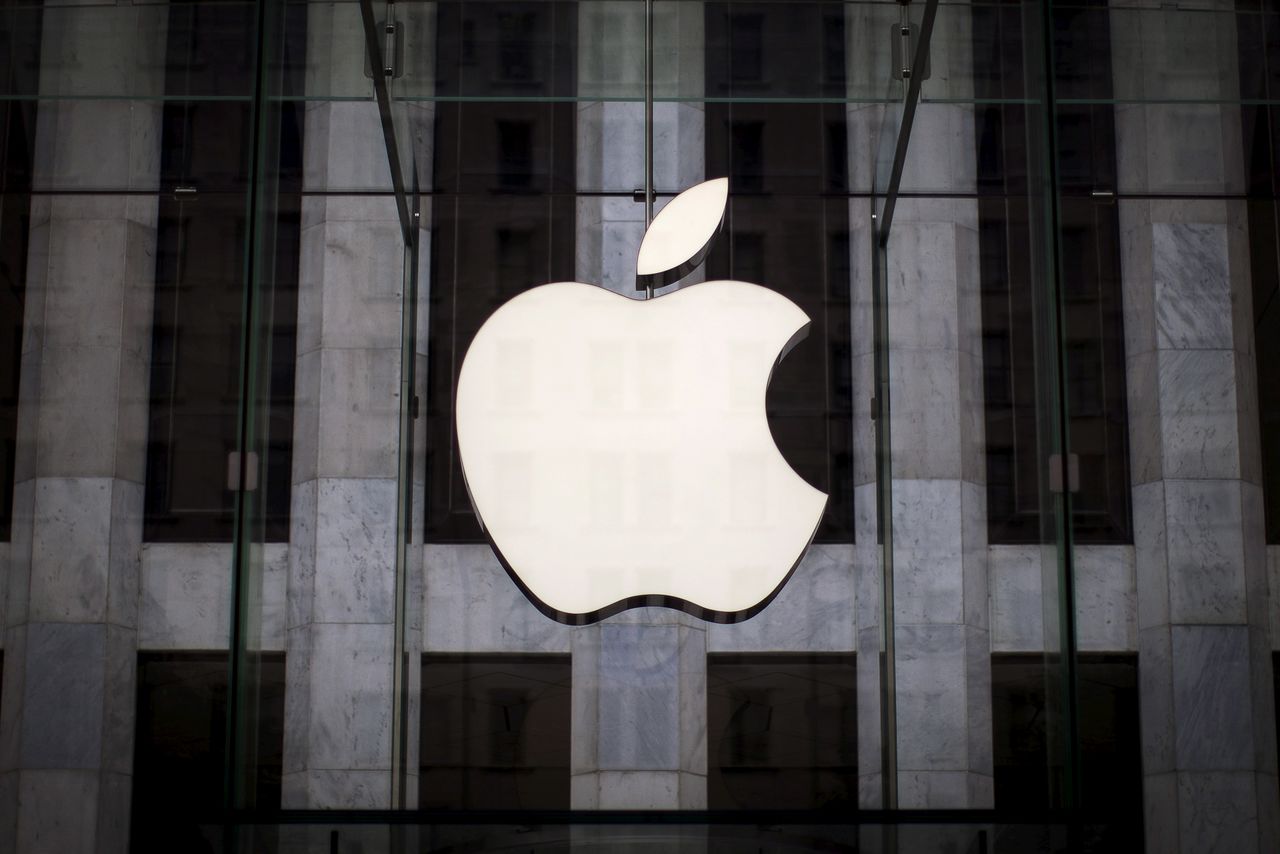 FILE PHOTO: An Apple logo hangs above the entrance to the Apple store on 5th Avenue in the Manhattan borough of New York City, July 21, 2015. REUTERS/Mike Segar/File Photo

By Stephen Nellis and Tim Kelly

SAN FRANCISCO/TOKYO (Reuters) -Apple Inc will let some apps like Netflix Inc provide links to their websites for user payments, a small concession that would allow app developers to bypass the controversial 30% App Store fee the iPhone maker charges.

The concession was part of a settlement with Japan's anti-trust regulator, which said the change was enough for it to close a five-year investigation into Apple that focused on video and music apps but did not consider games.

The U.S. tech giant, however, must still contend with a raft of other legal and regulatory challenges to rules it forces game makers to follow, including a closely watched antitrust lawsuit https://www.reuters.com/technology/apple-faces-down-fortnite-creator-epic-games-major-antitrust-trial-2021-05-03 brought by "Fortnite" creator Epic Games.

The ban on providing separate links on App Store apps was lifted for so-called reader apps which provide content such as e-books, video and music that does not offer a free tier of service, instead requiring payment at sign-up.

Currently, apps like Netflix and Spotify skirt Apple's commissions of around 15%-30% by forcing users to first sign up on their websites.

"Some of the biggest services in this 'reader' category are streamers like Netflix and Spotify which already have and rely on their own payment services," PP Foresight analyst Paolo Pescatore said.

"(The change) will allow smaller developers to manage a direct relationship with customers in order to manage their accounts and payment."

The change is set to take effect early next year and will be applied globally, said Apple, which will retain ultimate say over which apps qualify as reader apps.

Some companies said the concession was not enough.

"A limited anti-steering fix does not solve all our issues," Spotify Technology said in a statement. The music streaming company is pursuing an antitrust complaint https://www.reuters.com/technology/eu-antitrust-regulators-charge-apple-over-app-store-restrictions-2021-04-30 against Apple with European Union competition authorities.

Its rules for game makers have been among its most contentious, particularly the practice that Epic Games is contesting of not allowing developers to take other forms of payment inside apps.

That case may determine whether Apple can retain control over what apps appear on its devices and whether it is allowed to charge commissions to developers.

Responding to Apple's latest announcement on its App Store, which forms the core of its $53.8 billion services segment, Epic Games CEO Tim Sweeney accused Apple of trying to appease with insufficient piecemeal measures.

"Apple should open up iOS on the basis of hardware, stores, payments, and services each competing individually on their merits. Instead, they're running a literally day-by-day recalculation of divide-and-conquer in hopes of getting away with most of their tying practices," he said on Twitter.

An official with Japan's Fair Trade Commission stressed that the scope of its investigation did not cover games.

"There is a possibility of there being an investigation into games too," he told a media briefing.

Apple has a 46.5% share of Japan's smartphone market in which more than 30 million are sold annually.

The iPhone maker's latest concession is the second in as many weeks. It reached a deal last week with a group of developers in the United States in a class-action lawsuit, ending a ban on them telling users in email messages about payment alternatives.

In one of its latest challenges, South Korea on Tuesday banned major app store operators including Apple from forcing developers to use their payment systems, effectively stopping them from charging commissions on in-app purchases.

The company is facing similar legislative action in the United States and Europe.

It is also facing a new similar antitrust challenge in India that has been brought by a non-profit group, according to a source and documents seen by Reuters.