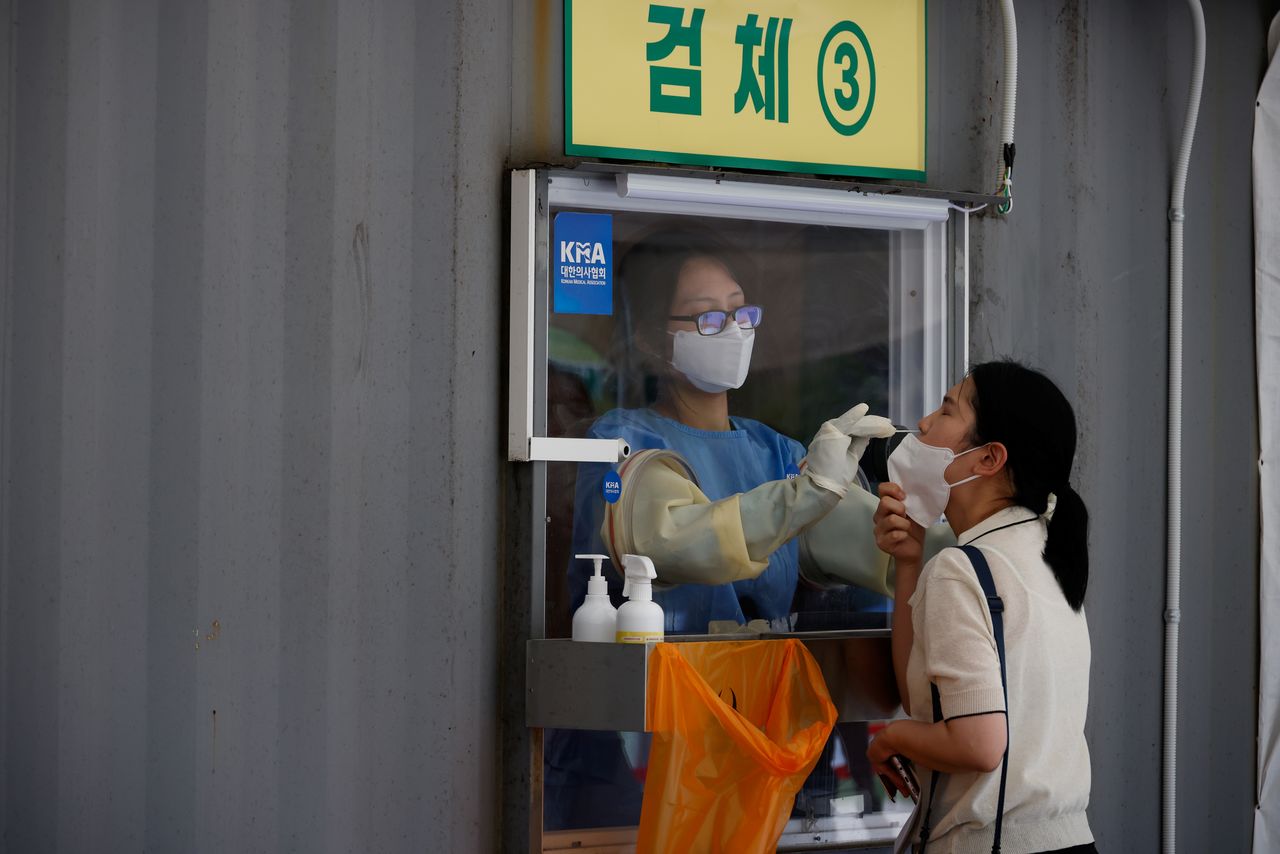 SEOUL (Reuters) - South Korean frontline health workers on Thursday dropped plans to strike after they reached an agreement with the government on their demand for increased staffing and better work conditions during last-ditch negotiations overnight.

The Korean Health and Medical Worker's Union had warned some of its 80,000 members, including nurses, medical engineers, and pharmacists who say they are exhausted from battling waves of COVID-19 outbreaks, would begin striking from Thursday if their demands were not met.

Upon the union's request, the government agreed to establish at least four public infectious disease hospitals by 2024, draft a detailed nurse deployment guidelines per severity of COVID-19 patients by October, and expand funding to subsidise those treating contagious diseases to go into effect in January 2022.

It has also agreed to establish a recommended nurse to patient ratio. The United States has a recommended ratio of 1:5 and Japan has 1:7 while South Korea has none.

The union had argued its workers are often working double or triple shifts and need better pay and working hours.

The government and the union have previously met for talks 12 times since May, including a 14-hour marathon session on Monday, but had not been able to find common ground.

South Korea has fully inoculated 31.7% of its 52 million people, and 57.4% with at least one dose. The government wants 70% of its citizens to have had at least one shot by September.

South Korea reported 1,961 new COVID-19 cases for Wednesday, raising the tally to 255,401, with 2,303 deaths. The country has been keeping its mortality rate and critical infections relatively low at 0.9% and 371 cases, respectively.