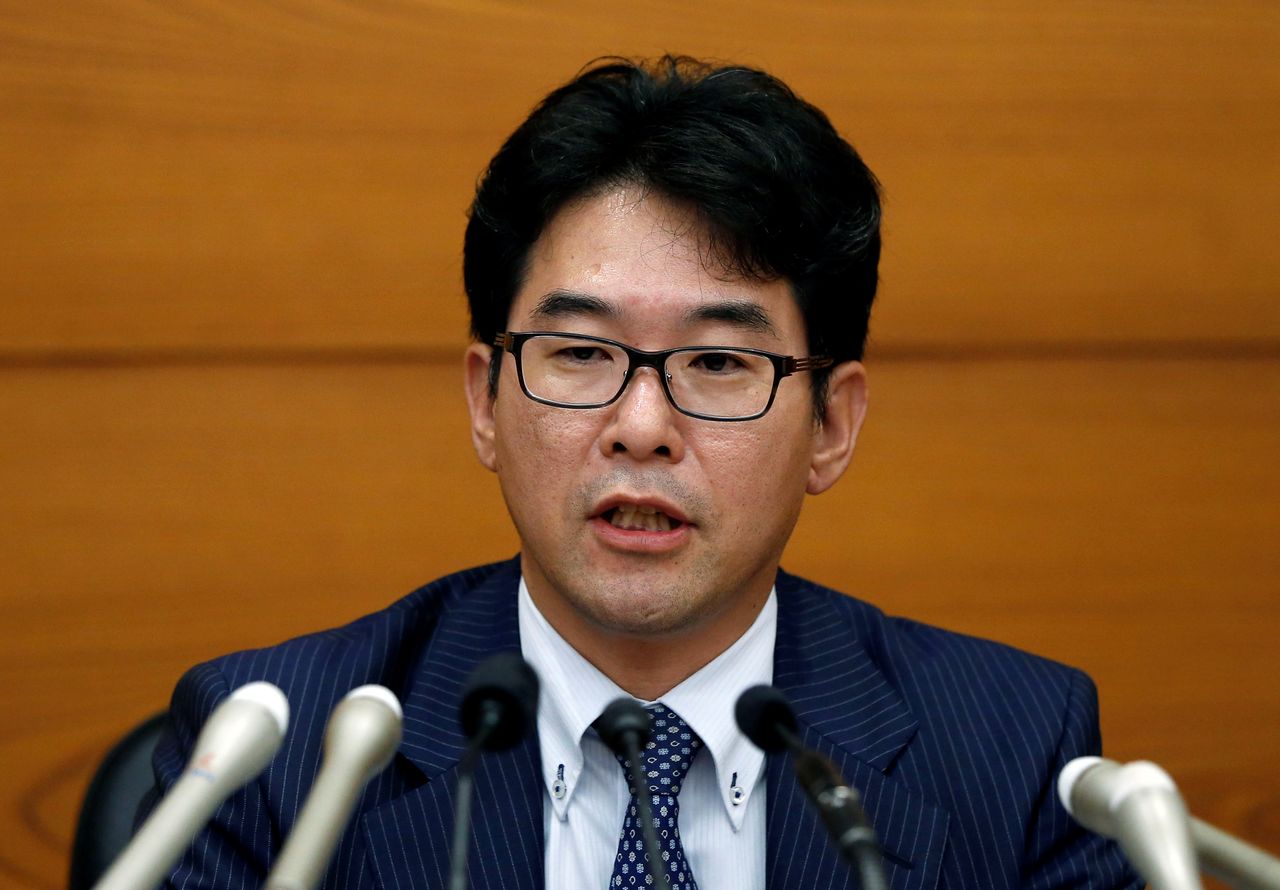 TOKYO (Reuters) -Bank of Japan board member Goushi Kataoka said on Thursday the coronavirus pandemic may weigh on the economy longer than initially expected, warning of heightened risks to the central bank's forecast of a moderate, export-driven recovery.

"Given recent domestic and global economic developments, the need for bolder steps is heightening," Kataoka told a briefing.

In another sign Japan's ultra-loose monetary policy will continue, Fumio Kishida - who is challenging Prime Minister Yoshihide Suga to become ruling party chief - said Japan must "not fall behind" other countries in supporting their economies with expansionary fiscal and monetary policies.

In a speech, Kataoka said Japan's economic outlook was bound with uncertainty with consumption seen remaining in a "severe state" due to state of emergency curbs to combat the pandemic.

"Risks to consumption are heightening," with a spike in Delta variant cases forcing Japan to maintain curbs on economic activity, he said. "There's a good chance the impact of the pandemic may last longer than expected."

An advocate of aggressive monetary easing, Kataoka has been a consistent, sole dissenter to the BOJ's decision to keep its interest rate targets unchanged.

Kataoka repeated his calls for the BOJ to ramp up government bond buying to push down borrowing costs for companies, so they can boost capital expenditure and invest in growth areas.

"Personally, I believe the BOJ must strengthen monetary easing" as inflation will remain distant from the bank's 2% target for years even if the economy were to recover, he said.

His calls for bolder monetary easing steps have not gained support from the rest of the board at the BOJ's policy meetings.

Under a policy dubbed yield curve control, the BOJ guides short-term interest rates at -0.1% and 10-year bond yields around 0% through massive asset purchases.

While inflation remains well below its 2% target, the rising cost of prolonged easing has forced the BOJ to steadily slow bond buying and focus on measures to mitigate the hit to bank profits from years of ultra-low interest rates.