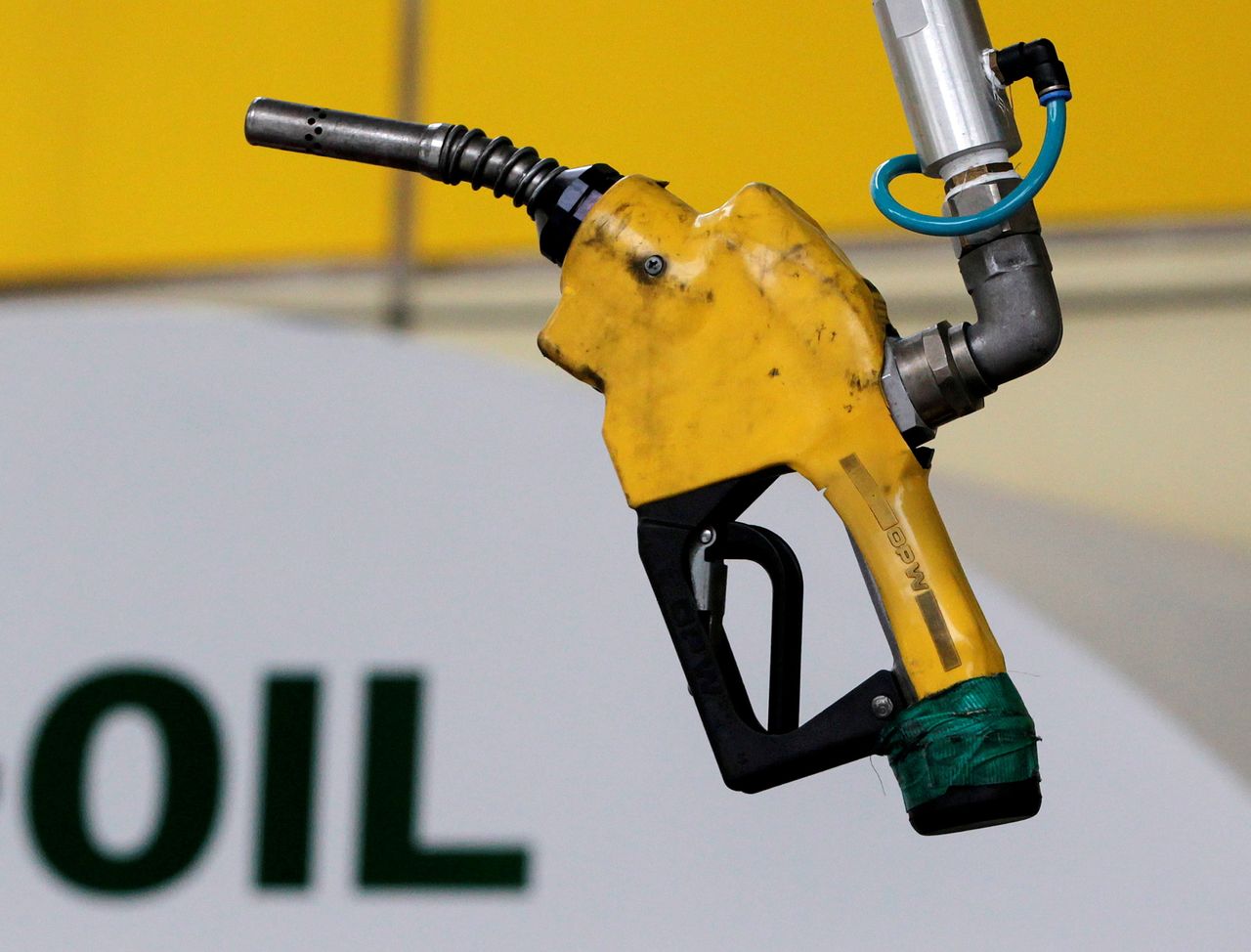 FILE PHOTO: A gas pump is seen hanging from the ceiling at a petrol station in Seoul June 27, 2011. REUTERS/Jo Yong-Hak

NEW YORK (Reuters) -Oil prices rose more than $1 a barrel on Thursday, rebounding on optimism about global economic growth despite the coronavirus pandemic, and after U.S. crude inventories fell more than anticipated.

The rally briefly pushed U.S. crude futures above the 50-day moving average for the first time in a month, a signal of bullishness for investors. In addition, later-dated crude contracts rallied more than the front-month, another sign that market participants expect demand to rise as supply declines.

"There are good reasons for this rally - we have 1.5 mln barrels still offline in the Gulf, yesterday's crude number was down 7.2 million barrels and storage was at its lowest level since September 2019," said Robert Yawger, director of energy futures at Mizuho.

The number of Americans filing new claims for jobless benefits fell last week, while layoffs in August dropped to their lowest level in more than 24 years, suggesting the labor market was charging ahead despite new COVID-19 infections.

Optimistic about the global economic recovery, the Organization of the Petroleum Exporting Countries and allied producers including Russia, together known as OPEC+, raised its demand forecast for 2022.

On Wednesday, the group agreed to continue a policy of phasing out record production reductions by adding 400,000 barrels per day (bpd). It did not take up entreaties from the United States to accelerate removal of those supply curbs.

Hurricane Ida, meanwhile, has shut about 80% of the Gulf of Mexico's oil and gas output. Oil refineries in Louisiana could take weeks to restart, which will sap crude demand, but that could be offset by slow ramp-up of production offshore due to damage to key support facilities.

India's gasoline demand is set to hit a record this fiscal year as more people hit the road after easing of COVID-19 curbs.

(Additional reporting by Bozorgmehr Sharafed in in London and Aaron Sheldrick; Editing by Mark Potter, David Gregorio and David Evans)