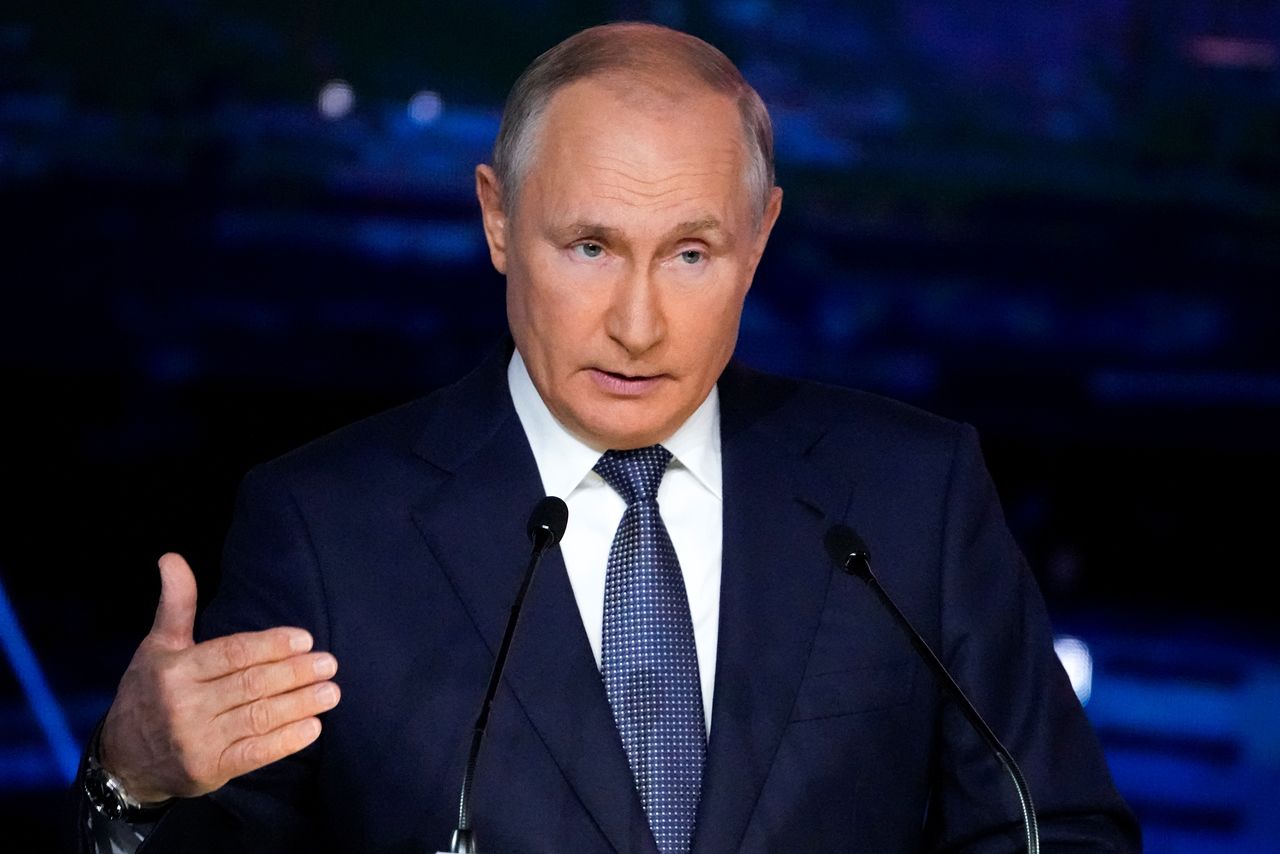 Russian President Vladimir Putin gestures as he delivers a speech during a plenary session at the Eastern Economic Forum in Vladivostok, Russia September 3, 2021. Alexander Zemlianichenko/Pool via REUTERS

VLADIVOSTOK, Russia (Reuters) - Russia will offer tax breaks to stimulate business on a disputed Pacific island chain and make them available to foreign investors including from Japan, President Vladimir Putin said on Friday.

A territorial dispute over the islands, known in Russia as the Kurils and in Japan as the Northern Territories, dates back to the end of World War Two when Soviet troops seized them from Japan. The row has prevented them signing a formal peace treaty.

At an economic forum in the far eastern Russian city of Vladivostok, Putin said new tax breaks would be in place for 10 years and cover levies on profit, property, land and transport.

"This is exactly the kind of essentially unprecedented set of benefits and incentives that we will create on the Kuril islands... where we will completely exempt businesses from paying key taxes," he said.

The Russian leader told the forum that both Tokyo and Moscow wanted good relations and said it was absurd they had not reached a peace agreement.

Last year, Russia passed sweeping legislative reforms that, among an array of other things, made it unconstitutional to cede territory to a foreign power.

Putin said Moscow needed to take into account its own security and that it wanted guarantees from Japan - a U.S. ally - about possible deployments of U.S. military and missile systems in the region near Russia.

"These questions have been put to the Japanese side. We still haven't received the answers so I think that in a sense the ball is in our partner's court."