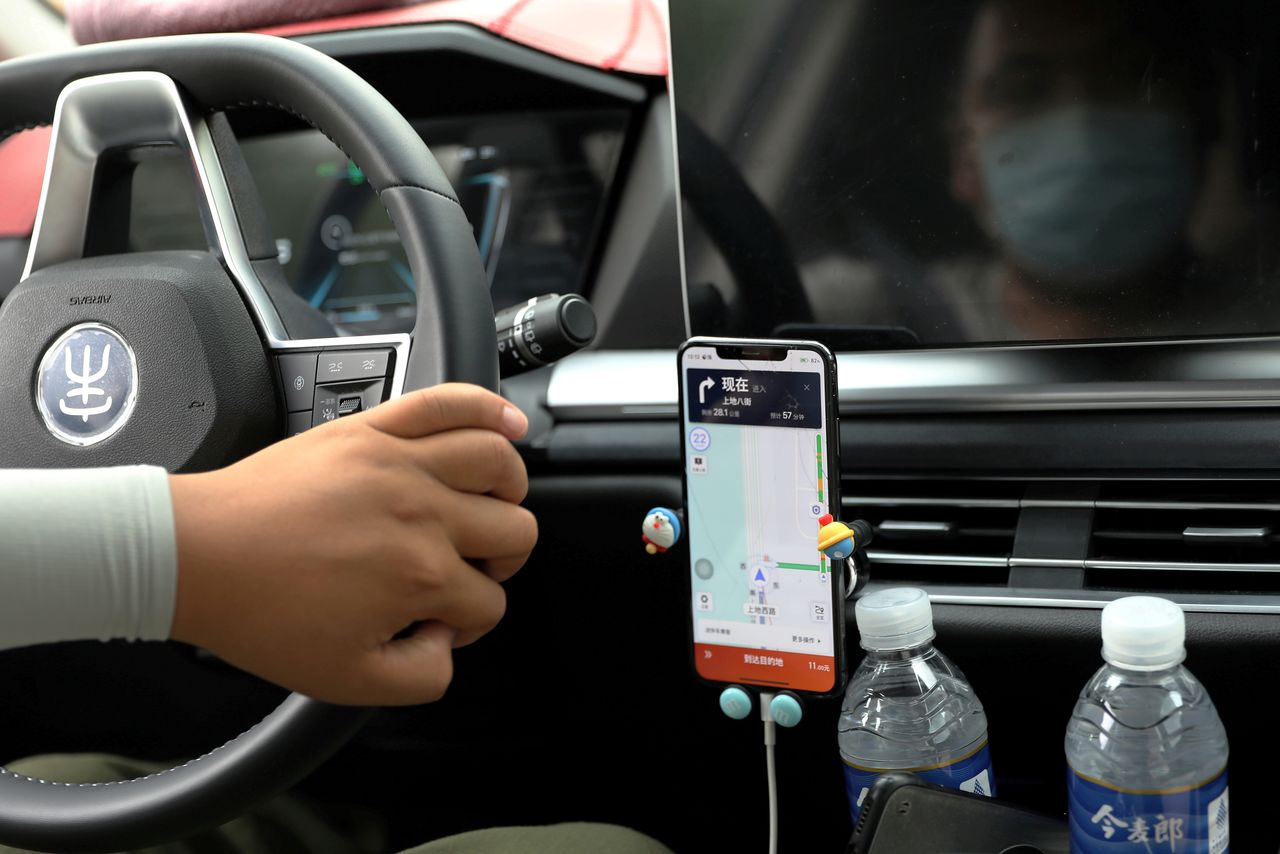 BEIJING (Reuters) - Didi Global has highlighted the perils of investing in Chinese tech companies as a deepening regulatory crackdown wiped billions of dollars off the ride-hailing giant's valuation.

Less than three months after pulling off one of the largest U.S. initial public offerings (IPOs) of the past decade in June, Didi is now potentially facing a bid by the city of Beijing to take it under state control, Bloomberg News reports.

Following are key events since Didi publicly announced its intention to list in the United States:

June 11 - Beijing-based Didi makes public the filing for its U.S. listing, setting the stage for what is expected to be the world's biggest initial public offering of 2021.

June 17 - Reuters reports that China's market regulator has begun an antitrust probe into Didi, citing three people with knowledge of the matter.

The probe, the latest in a sweeping crackdown on China's so-called "platform" companies, is investigating whether Didi used any competitive practices that squeezed out smaller rivals unfairly, and whether the pricing mechanism used by Didi's core ride-hailing business is transparent enough, sources said.

June 30 - Didi raises $4.4 billion in its IPO, pricing it at the top of its indicated range and increasing the number of shares sold, giving it a valuation of $73 billion on a fully diluted basis and $67.5 billion on a non-diluted basis.

The shares end their first day of trading slightly above IPO price.

July 2 (Reuters) - The Cyberspace Administration of China (CAC) says it has launched an investigation into Didi to protect national security and the public interest, and that Didi was not allowed to register new users during the probe, sending Didi shares lower.

Didi says it plans a comprehensive examination of cybersecurity risks and would cooperate fully with the relevant government authority.

Didi says it had stopped registering new users and would remove its app from app stores, and would make changes to comply with rules and protect users' rights. It says the move may hurt its revenue.

July 5-July 6 - Didi says that it was unaware before its IPO that the CAC would launch a cybersecurity investigation or order a halt in China to new user registrations and a suspension of app downloads.

Didi shares fall as much as 25% in the first U.S. trading session since Chinese regulators ordered its app off mobile app stores in China.

July 8 - Medical data group LinkDoc Technology becomes the first Chinese company to pull back from plans to list in the United States after regulators started an investigation into Didi.

July 30 - The U.S. Securities and Exchange Commission says it will not allow Chinese companies to raise money in the United States unless they fully explain their legal structures and disclose the risk of Beijing interfering in their businesses.

Aug 10 - SoftBank says it will pause its investing in China as it waits for regulatory action against the country's tech firms to play out.

Aug 11 - Autonomous driving startup Pony.ai suspends its plan to go public in New York through a merger with a blank-check firm at a $12 billion valuation, after it failed to gain assurances from Beijing that it would not become a target of a crackdown against Chinese technology companies, people familiar with the matter say.

Aug 27 - China is framing rules to ban internet companies whose data poses potential security risks from listing outside the country, including in the United States, according to a person familiar with the matter.