The EF Education-Nippo rider was part of a seven-man group that worked superbly together in the last 20km of the 191.2km route in Galicia and edged the sprint finish.

Slovenian Roglic, who seized the red jersey on Wednesday, finished safely in the peloton which rolled over the line 18 seconds behind the stage winner.

With Sunday's climax being a time trial, Olympic champion Roglic now looks odds on to claim overall victory in the Vuelta for the third successive year although Saturday's mountainous stage will offer a final chance for his rivals to mount attacks.

The surprise was that the seven-rider breakaway group was not swallowed up in the closing half an hour, although that was largely down to the pace they managed to sustain.

As the leaders reached Monforte de Lemos still with a gap of around 30 seconds it became clear they would be fighting it out for the win. Simmons made the first move but Cort Nielsen swept by to claim his third stage win of this Vuelta.

"It was not before the last five or six kilometres that I started believing," he said. "(The pack) always kept us close and it was a really hard day.

"I think everybody had tired legs and it was hard to work together in this hilly terrain but somehow we managed to hang onto it.

"I have to thank my team mate Lawson Craddock for doing a very amazing job. I could not have this victory without having him with me in the breakaway today," he added.

"Having three (wins) in the same race -- that's unbelievable."

For Roglic it was the 50th time he has ended a Grand Tour stage with the leader's jersey and getting it off his back over the final two days now looks to be a tall order.

He will need his strong legs on Saturday, however, with five categorised climbs on the 202km run to Mos. Castro de Herville. 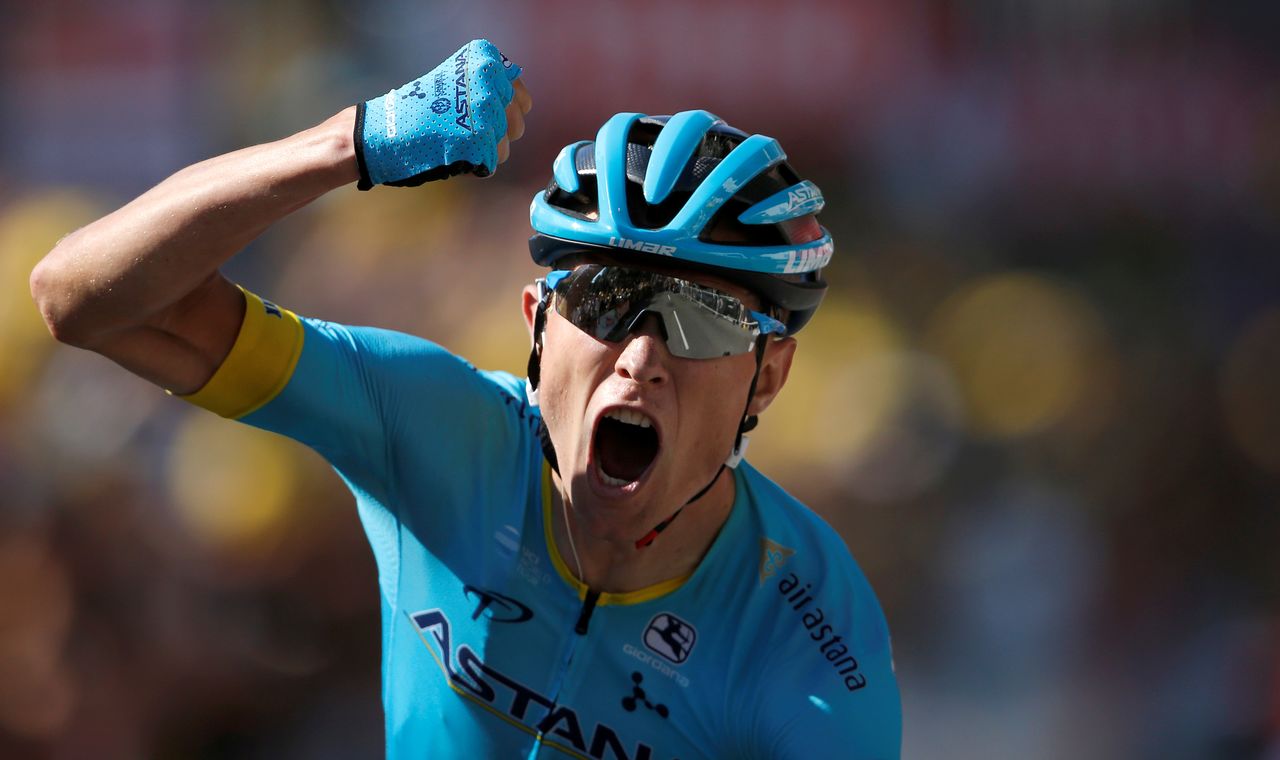 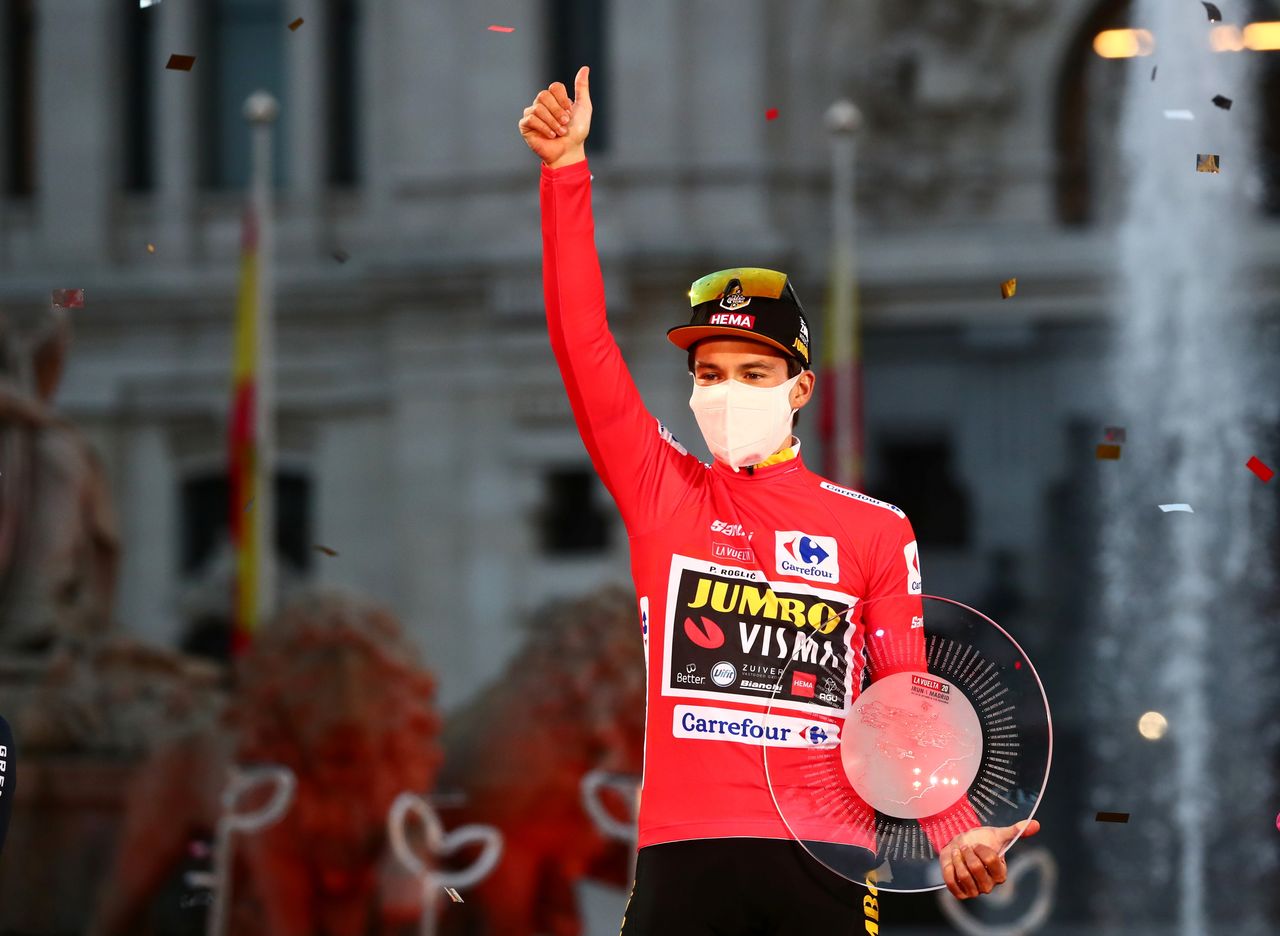