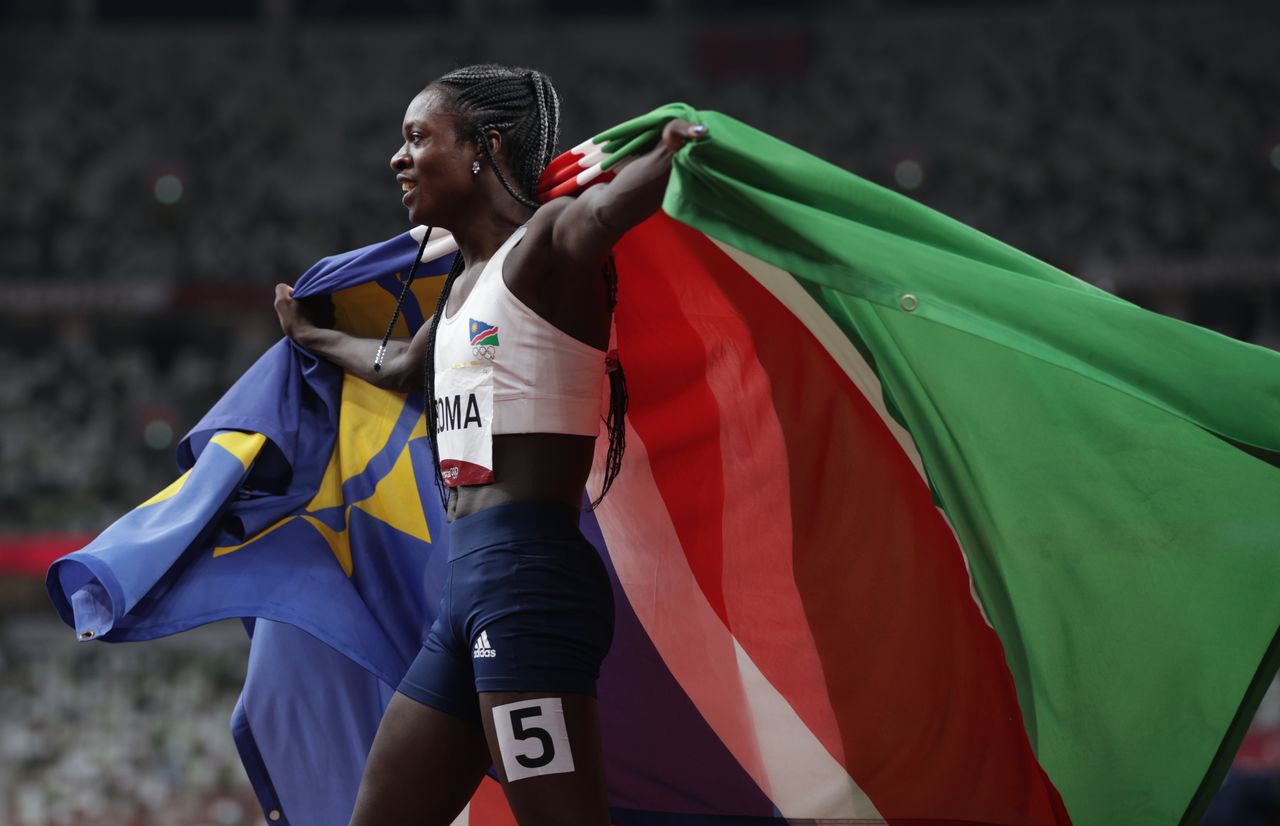 BRUSSELS (Reuters) - Namibia's Christine Mboma cemented her growing reputation as a sprint champion of the future with victory over a strong field in the women's 200 metres in Brussels on Friday.

The time was just three-hundreds of a second off the personal best she ran in Tokyo, itself the fastest time for a woman under 20.

The race was without double Olympic sprint champion Elaine Thompson-Herah, who had been due to run in Brussels, but dropped out due to a strained Achilles tendon.

Mboma and Namibian team mate Beatrice Masilingi both made the Tokyo final for 200 metres, after they were withdrawn from the 400m, arguably their better event, after tests revealed their natural testosterone levels were too high.

After the race, Mboma said she was convinced she could run faster yet, with her initial focus on the 200 metres.

"I think in one or two years I will start running the 100 metres too and see what will happen. I'll just try it to see," she said.

The Ethiopian-born runner, who was also Olympic bronze medallist in the 1,500 metres, had mooted bidding for a world record at the 10,000 metres in Brussels, but said she opted for the shorter distance due to fatigue.

For most of the race, she had only pacemakers for company, seeking to keep her on course to break her own world record. In the end, she was a little over two seconds outside that personal best from 2019.

Olympic champion Armand Duplantis of Sweden was a clear winner in the pole vault with a 6.05 metre leap, three centimetres above his winning vault in Tokyo.