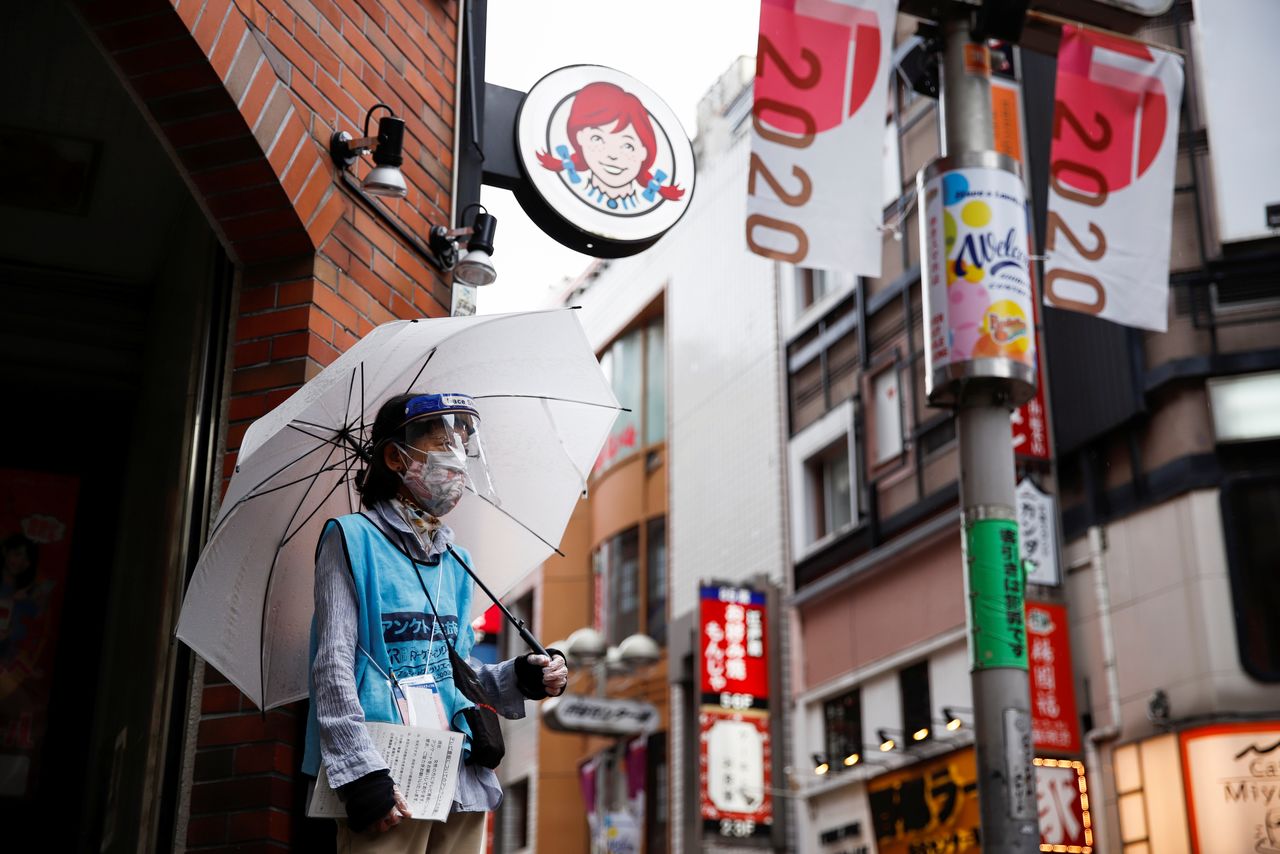 Woman who does street surveys wears a mask and a face shield, during a state of emergency amid the coronavirus disease (COVID-19) outbreak, in Tokyo, Japan August 29, 2021. REUTERS/Androniki Christodoulou

TOKYO (Reuters) - The Japanese government plans to extend a state of emergency in and around Tokyo until the last week of September in a further bid to contain the coronavirus epidemic, the Mainichi newspaper reported on Saturday.

Japan last month expanded emergency curbs to cover about 80% of its population until Sept. 12, but the number of severe cases and the strain on the medical system have not eased sufficiently in Tokyo and surrounding areas to allow the restrictions to be lifted.

The government plans to extend them by about two weeks in Tokyo and neighbouring Kanagawa, Saitama and Chiba prefectures, the Mainichi said, without citing sources.

Under the state of emergency, the government has sought to reduce foot traffic by asking restaurants to shorten their hours and refrain from serving alcohol, and companies to let staff work from home more frequently.

The extension would take the curbs through the fourth week of September, which has two public holidays and during which many people make travel plans.

The government will also consider an extension in hard-hit areas in central and western Japan, including Aichi - home of Toyota Motor - and Osaka, the paper said, adding a decision would likely be made in the middle of next week.

It will consider downgrading or lifting states of emergency in prefectures that have seen hospital beds free up to non-critical levels, the Mainichi said.