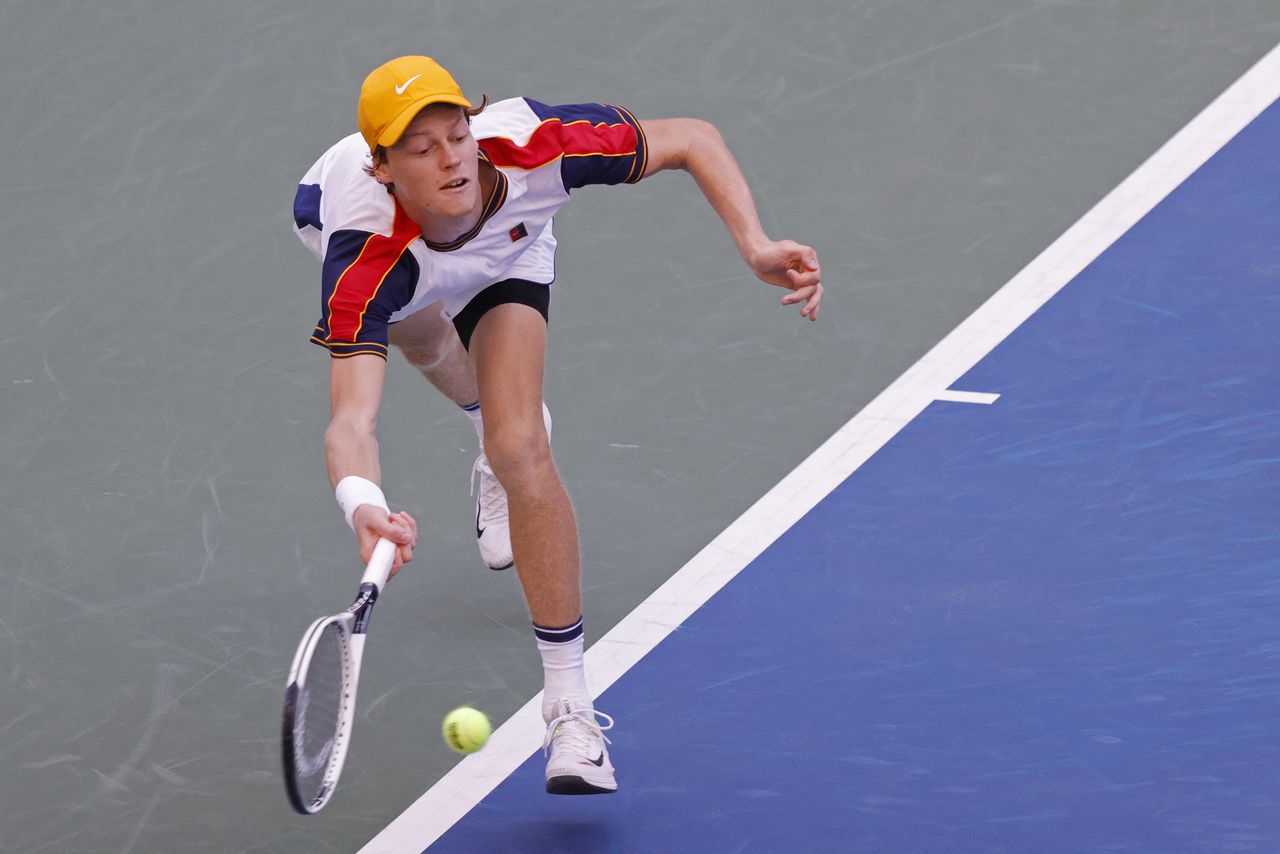 NEW YORK (Reuters) - Highlights of the sixth day at the U.S. Open, the last Grand Slam tournament of the year, at Flushing Meadows on Saturday (times in GMT):

Czech fourth seed and former finalist Karolina Pliskova made quick work of Ajla Tomljanovic, beating the Australian 6-3 6-2. Pliskova sent down 20 aces and raced through the match without dropping serve.

Bencic serves up masterclass to reach U.S. Open fourth round

Sakkari powers past Kvitova to reach U.S. Open fourth round

Andreescu rolls through to U.S. Open fourth round

Poland's Iga Swiatek, the seventh seed, was pushed to three sets by Estonian Anett Kontaveit, but rallied to reach the fourth round with a 6-3 4-6 6-3 victory.

Both players smashed six aces apiece, but Kontaveit made 35 unforced errors to hand Swiatek the upper hand in the close contest.

British teenager Emma Raducanu dismantled Spain's Sara Sorribes Tormo 6-0 6-1 in just 70 minutes to book a second consecutive Grand Slam fourth round berth, after her run to the last-16 at Wimbledon in July.

Wimbledon finalist Matteo Berrettini came through his first five-setter of the tournament against Belarusian Ilya Ivashka 6-7(5) 6-2 6-4 2-6 6-3.

The Italian sixth seed fired 27 aces and won 84% of his first-serve points as he wrapped up the match in three hours 46 minutes.

1830 ANDREESCU ON HER RELATIONSHIP WITH TENNIS

"I think with anything you're passionate about, it's always a love/hate relationship, because you want that thing so bad all the time, you want to be perfect. In my case, it's tennis," said Canada's Bianca Andreescu.

"A lot of the times it can be difficult when things don't go your way. You get injured or Naomi (Osaka) had to deal with a lot with like media, social media, all that stuff. I think that's part of the game..."

Greece's Maria Sakkari caused a minor upset by taking out Czech 10th seed Petra Kvitova 6-4 6-3 to reach the fourth round and set up a meeting with 2019 champion Bianca Andreescu, who swept aside Belgium's Greet Minnen 6-1 6-2.