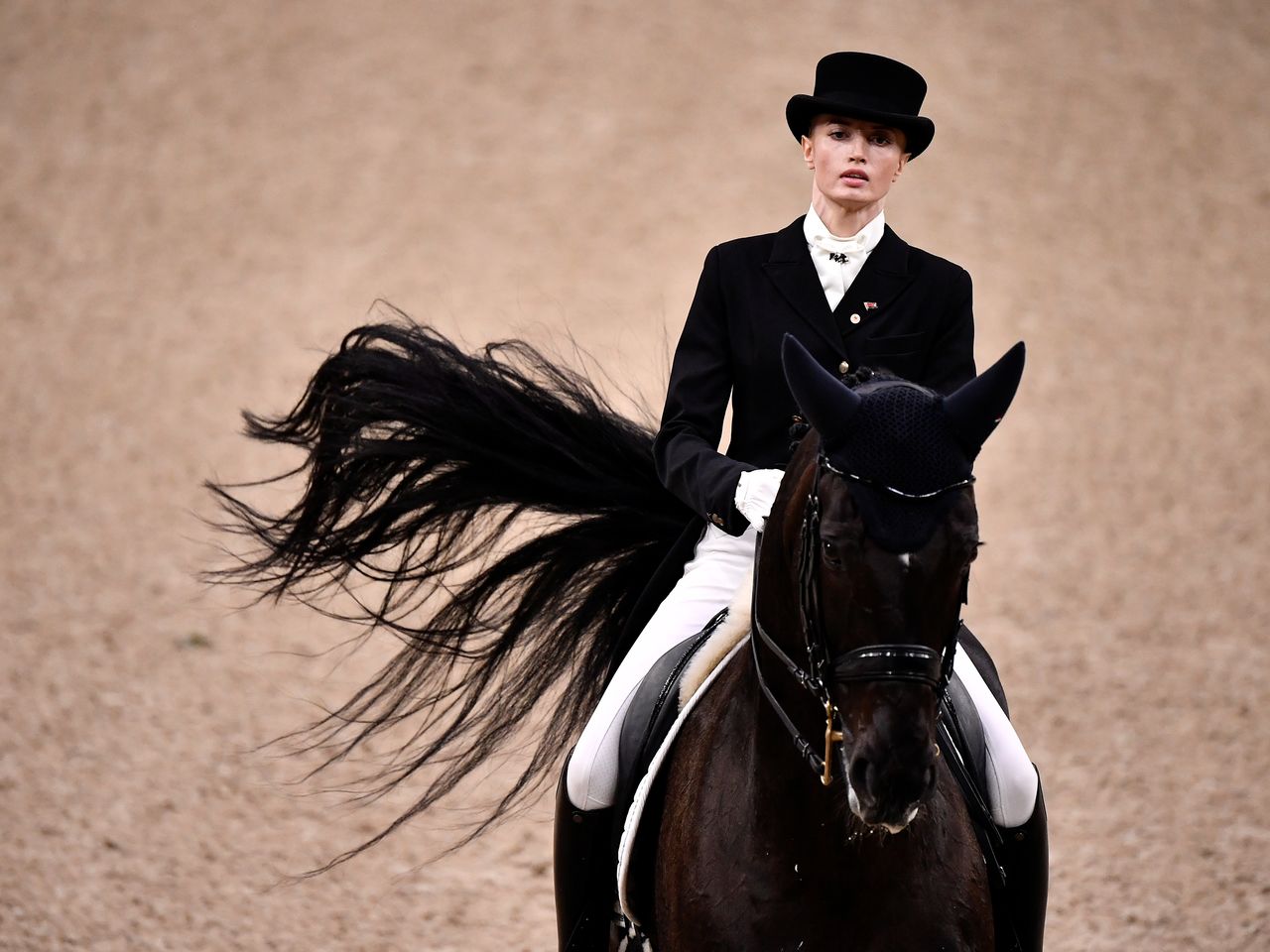 WARSAW (Reuters) - Belarusian equestrian Olga Safronova has been given a humanitarian visa allowing her to live in Poland, Polish state news agency PAP reported on Sunday, after she was ostracised at home for speaking out against the Belarusian government.

Safronova follows Belarusian sprinter Krystsina Tsimanouskaya, 24, who defected to Poland last month after she said coaches had ordered her to fly home from the Olympic Games in Tokyo.

Belarus has been gripped by a sweeping crackdown on anti-government dissent following mass protests that erupted last year over a disputed election.

Poland has long been critical of Belarusian President Alexander Lukashenko's authoritarian rule and harboured many activists from Belarus.

Safronova headed to Poland after she was excluded from the Belarusian equestrian team shortly before the Tokyo Olympics, amidst allegations that one of her horses was suspected of doping.

Reuters could not independently verify the information.

She then spoke out against Belarusian sports officials and President Lukashenko and was put on a list of traitors against the state of Belarus, PAP reported.

She now hopes to ride for Poland if she receives Polish citizenship, PAP said, citing her spokesman. Her partner has also been given a visa to live in Poland, the news agency reported.