TOKYO (Reuters) - Britain showed off its HMS Queen Elizabeth aircraft carrier to Japan's defence chief on Monday at a naval base near Tokyo, marking the start of a permanent military presence in a region trying to come to grips with China's growing power.

Japan's defence minister, Nobuo Kishi, and senior Japanese military commanders were shown round the carrier, walking between F-35B stealth fighters on the deck as Royal Navy officers explained how the jets launched from the ramp at the bow.

"One of the purposes of this deployment is to signal the start of a commitment," Commodore Steve Moorhouse told a briefing on the $4.15 billion ship. "The prominence of this region is rising significantly."

Japan, which also plans to fly short-takeoff and vertical-landing F-35Bs from two converted helicopter carriers, is trying to broaden security cooperation beyond its U.S. ally to try to help it reign in Chinese influence it believes threatens the region, including the independence of Taiwan.

Japan, in a recent defence strategy paper, identified neighbouring China as its main national security threat and said it has a "sense of crisis" regarding Taiwan as Chinese military activity around the island intensifies.

"The visit of the British carrier strike group holds great significance, to maintain and strengthen a free and open Indo-Pacific," Kishi told reporters after his visit to the Queen Elizabeth.

JOINED BY U.S. AND DUTCH SHIPS

China, which views Taiwan as a breakaway province, says its intentions in the region are peaceful.

Leading two destroyers, two frigates, a submarine and two support ships, the Queen Elizabeth set sail from Britain in May and has sailed through waters including the contested South China Sea, of which China claims 90%, before arriving in Japan on Saturday, the furthest port call on its maiden deployment.

It has been joined by a U.S. destroyer and a frigate from the Dutch navy, and is also carrying U.S. F-35Bs, which fly alongside British stealth jets.

After the Queen Elizabeth carrier strike group returns, two warships will continue the British presence in the region, as London looks for a bigger world presence following its departure from the European Union.

While docked in Yokosuka, which is the home of the USS Ronald Reagan, Washington's only forward deployed carrier, the Queen Elizabeth will also host visits from executives from leading Japanese companies as post-Brexit Britain looks to drum up business deals. 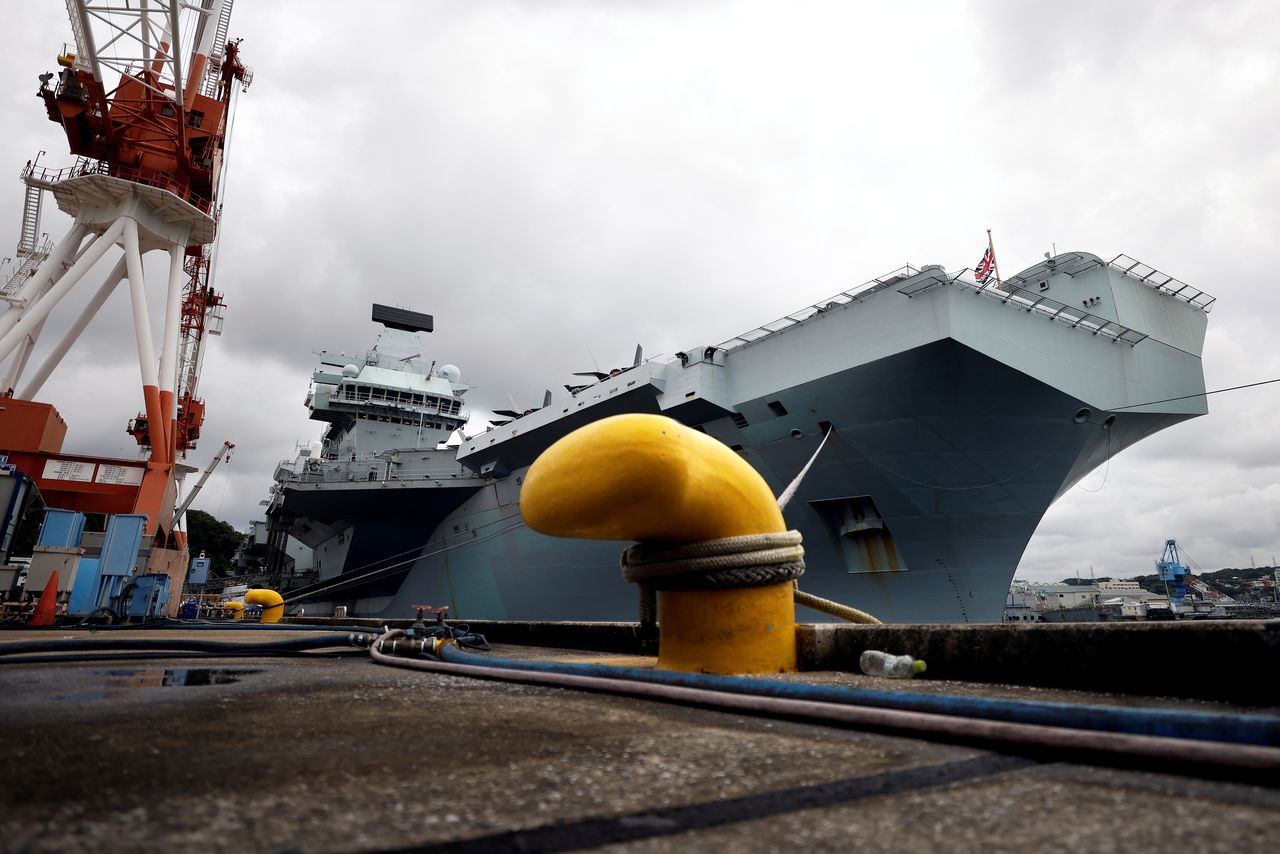 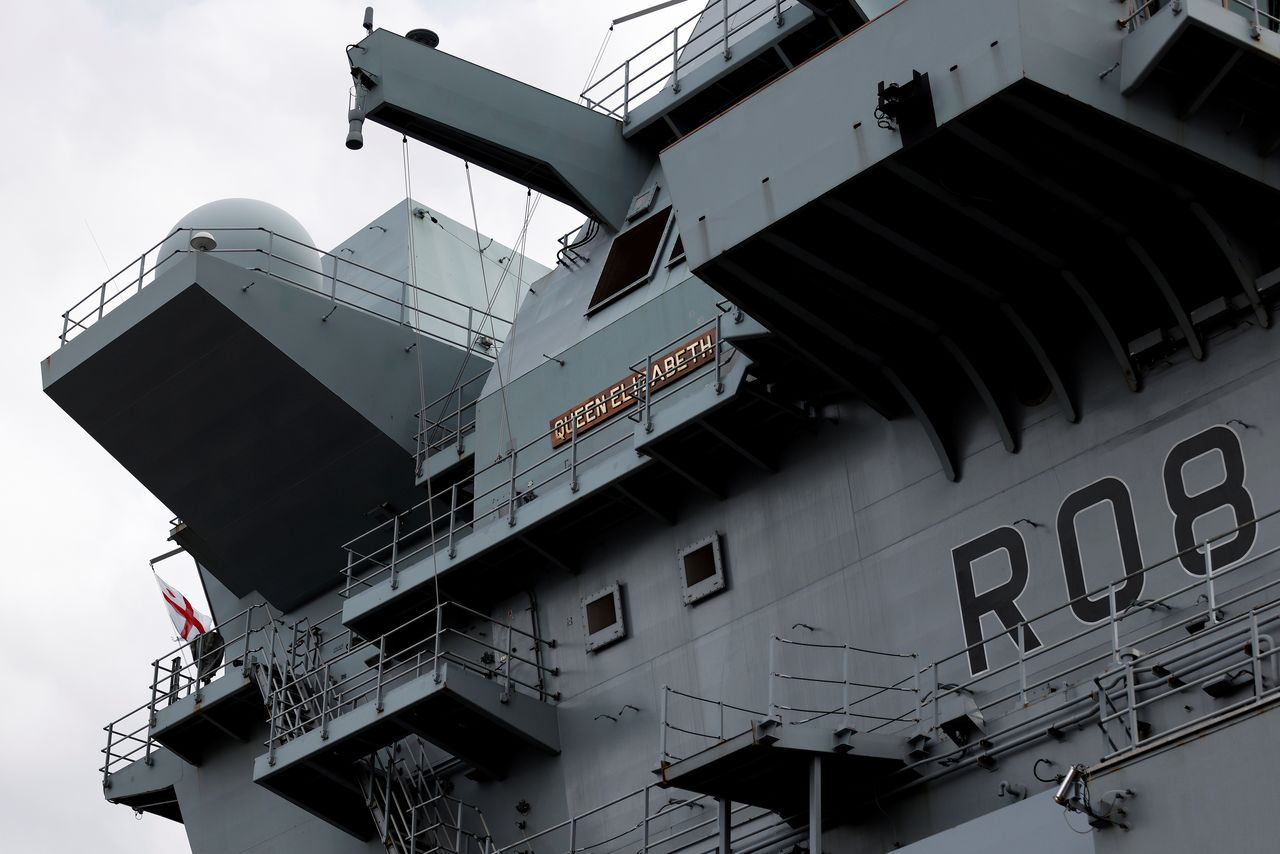 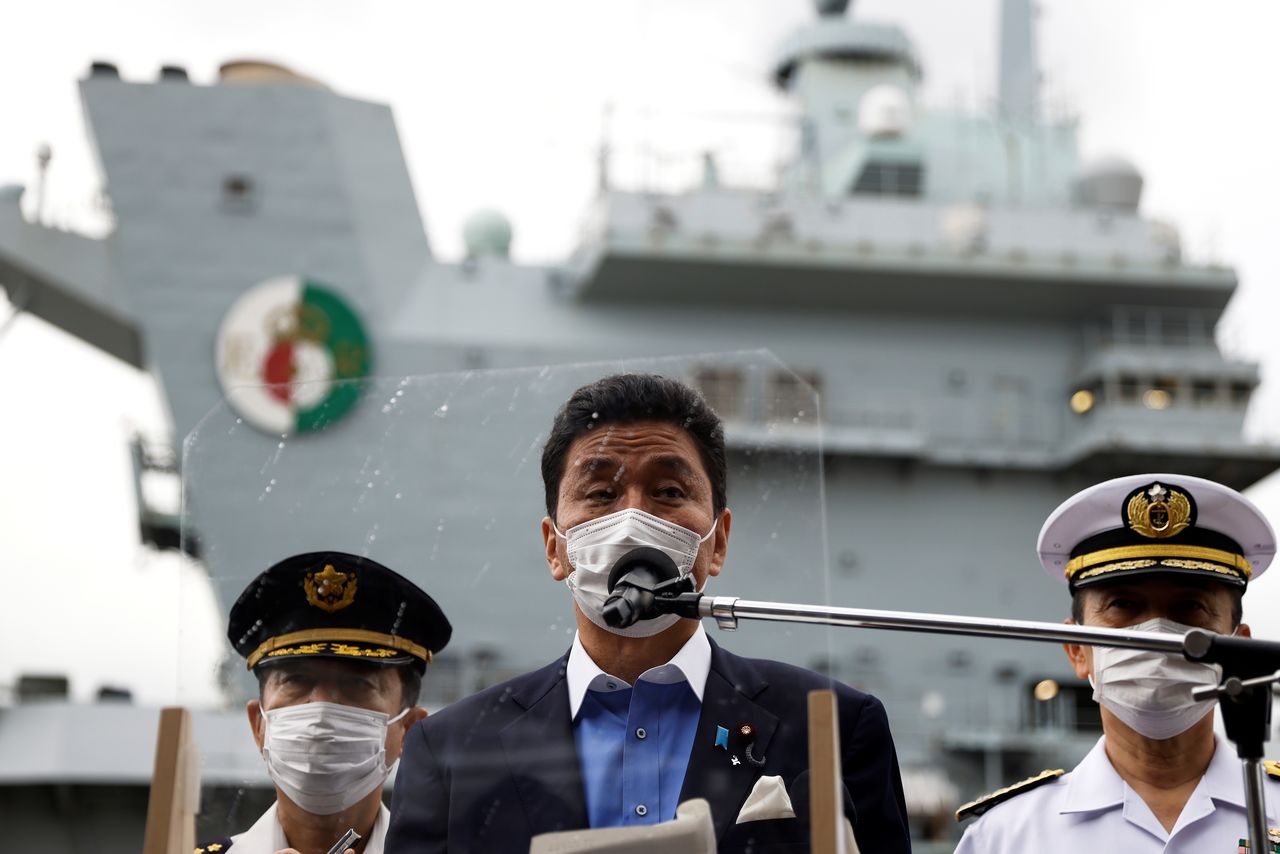 Japan's Defense Minister Nobuo Kishi speaks to the members of the media after he inspected the British Royal Navy's HMS Queen Elizabeth aircraft carrier at the U.S. naval base in Yokosuka, Kanagawa Prefecture, Japan September 6, 2021. Kiyoshi Ota/Pool via REUTERS