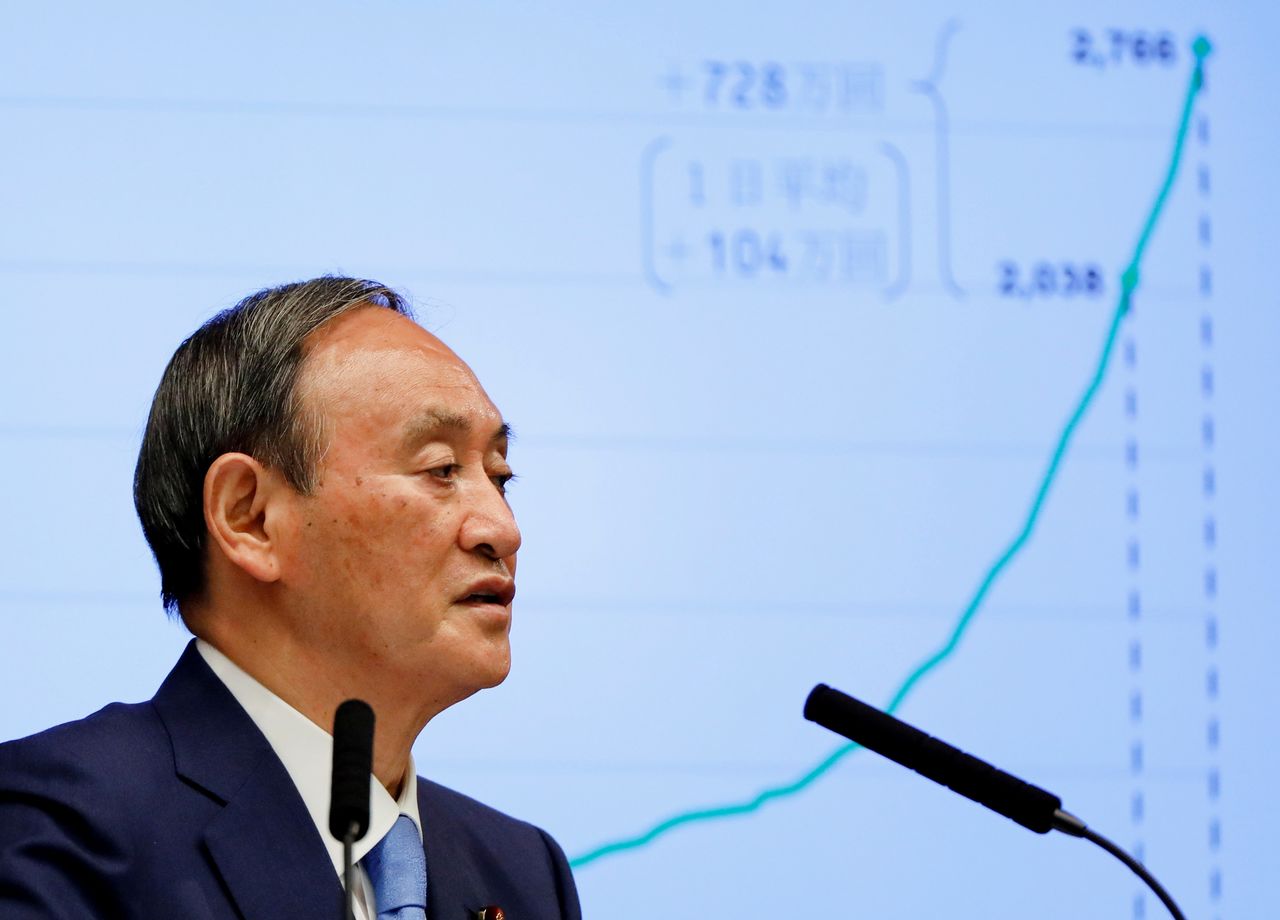 By Hideyuki Sano and Tom Westbrook

Suga said on Friday he would not seek reelection at the Liberal Democratic Party (LDP) leadership race this month and would step down, setting the stage for a new premier. Suga's one-year tenure as prime minister was marred by an unpopular COVID-19 response and dwindling public support.

Since Suga's shock announcement, the Nikkei has gained almost 4% to its highest level since mid-April while the Topix vaulted nearly 3% to a level not seen since 1990, even though there is no clear front-runner. The LDP's majority in parliament guarantees the winner will become prime minister.

"Basically his party, the LDP, is market-friendly, but Suga is not well liked due to the handling of the pandemic," said Dave Wang, a portfolio manager at Nuvest Capital in Singapore.

"With him stepping down, LDP's chances of winning (lower house elections later this year) go up, and markets are happier."

As Suga's departure removes a major source of concern for Japanese markets, market participants say they expect Japanese shares to catch up to other stock markets, given the steady rise in Corporate Japan's earnings.

World stock prices have surged 15% so far this year, reaching record highs, on hopes of a strong global economic recovery from the COVID-19 pandemic, compared with 8% gains in the Nikkei.

"Kono is seen as a reformist and could be positive for stocks while there are some uncertainties on Kishida given his penchant for fiscal tightening. But these views could change depending on the policies they adopt," said Ryota Sakagami, chief equity strategist at JPMorgan Securities.

Kishida has called for the reduction of income disparities, pledged support to the economically vulnerable, and said an economic stimulus package worth "tens of trillions of yen" was needed to combat the coronavirus.

Kono is thought to focus more on pro-business policies such as deregulation, while Takaichi, a member of the party's most conservative wing, has said she wants to work towards achieving 2% inflation.

"For the time being, dealing with the coronavirus and economic normalisation would be the top priority for anyone and therefore their policy differences will probably not become evident," said Sakagami.

The stock rise also comes as Japan has made progress in vaccine rollouts, with 58% of the population now having received one COVID-19 dose.

"I think stock prices will keep rising. Our vaccination is likely to reach to the top-group levels soon," said Masaru Ishibashi, joint general manager of trading at Sumitomo Mitsui Bank.