NEW YORK (Reuters) - Her U.S. Open journey isn't over but Emma Raducanu has already written herself into the history books, reaching her first Grand Slam quarter-final to take up the mantle of British tennis.

With grand dame Virginia Wade looking on from the stands, the 18-year-old thrashed American Shelby Rogers 6-2 6-1 inside the famed Arthur Ashe Stadium on Monday, becoming the youngest British woman in the Open Era to reach the final eight at Flushing Meadows.

She did it the hard way, packing in a grueling competitive swing through the United States that included stops in San Jose and Chicago before arriving in New York, where she put in an extra week's worth of work in qualifying rounds.

Competing in only her second Grand Slam draw, her scorelines have been remarkable by any standard: She has yet to drop a set and has only lost 15 games across four matches, two months after she reached the Wimbledon fourth round, rocketing to stardom.

Her performance has captivated the New York spectators, who couldn't help but cheer her on even against their fellow American Rogers on Monday.

"I was really grateful to have actually received quite a lot of support out there on Ashe, playing an American. I could hear a lot of chants, like people saying, C'mon, Emma, and my name," she told reporters.

"That meant a lot to me to have received that amount of support out on Ashe."

She's only the third qualifier to reach the women's quarter-finals at Flushing Meadows in the Open Era, after she was forced to retire at Wimbledon in the fourth round due to breathing difficulties.

The saga at the All England Tennis Club saw British sports personalities including Andy Murray leap to her defence after some suggested she couldn't handle the pressure, and Raducanu said Monday she long admired the three-time Grand Slam winner.

"Andy is such an inspirational person to look up. The amount that he's achieved, the amount he can do with his racquet and skill. To have him like sometimes believe in me, support me, I think it means a lot to have had someone like that," she said.

"Also today had Virginia Wade in the front row. I saw her, spoke to her a little bit after the match. It was just really cool to be able to speak to such legends, get their tips on a couple things."

She's kept in touch with her friends back home since leaving school this summer and embarking on the more than six-week-long journey, after parting ways with prominent coach Nigel Sears after Wimbledon in favour of her youth coach Andrew Richardson.

"I've known Andrew since I was nine years old," she said in an ESPN interview. "It gives me that sense of reassurance."

The partnership appears to be working as Raducanu has proven lethal from the baseline and the net. She will need that agility to advance past Olympic champion Belinda Bencic, the 12th-ranked Swiss who is competing in her third U.S. Open quarter-final.

"She has a lot of experience on the tour. She's in great form," said Raducanu.

"I'm also feeling good about my game, also confident with the amount of matches I've played. I feel like I'm building with each one." 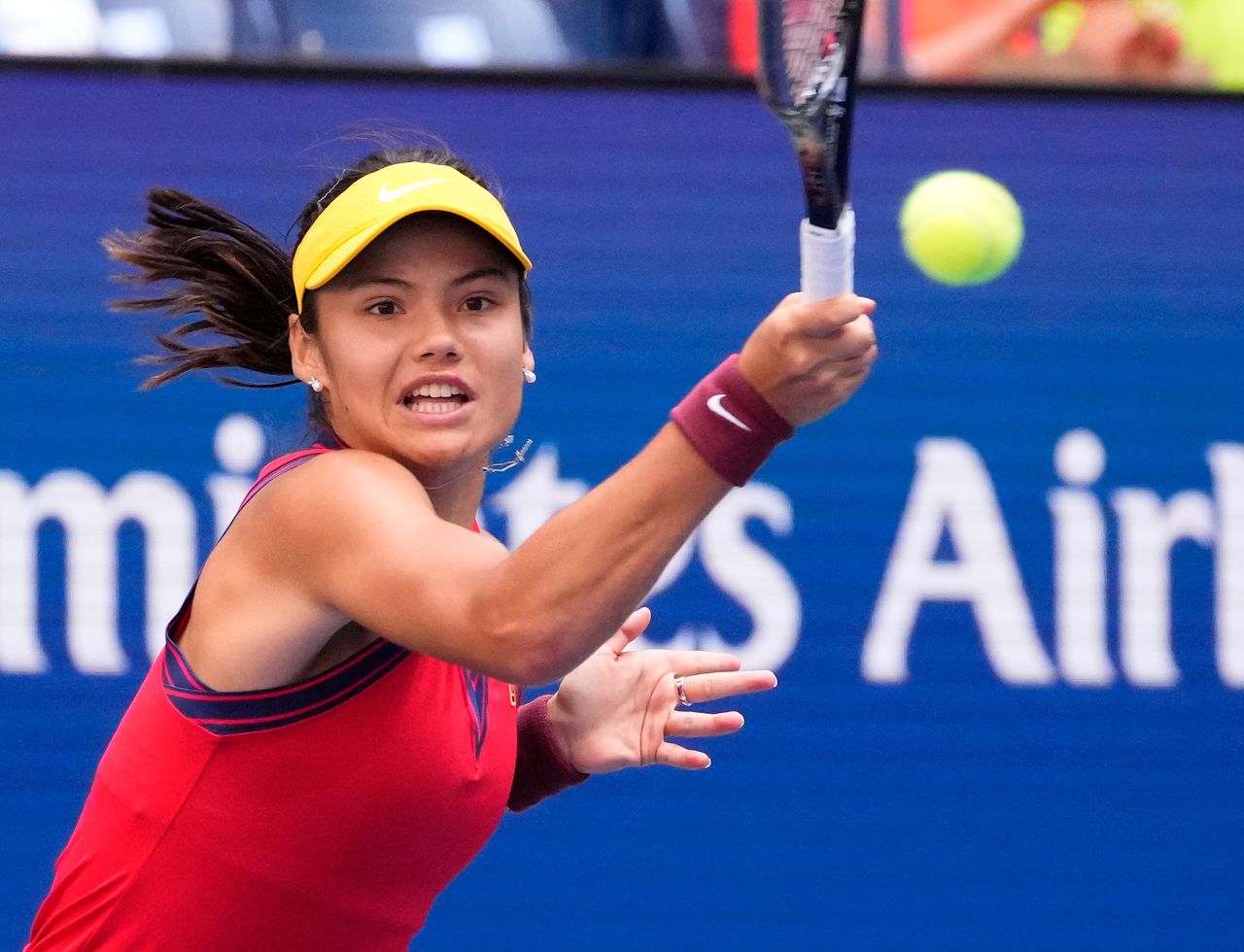 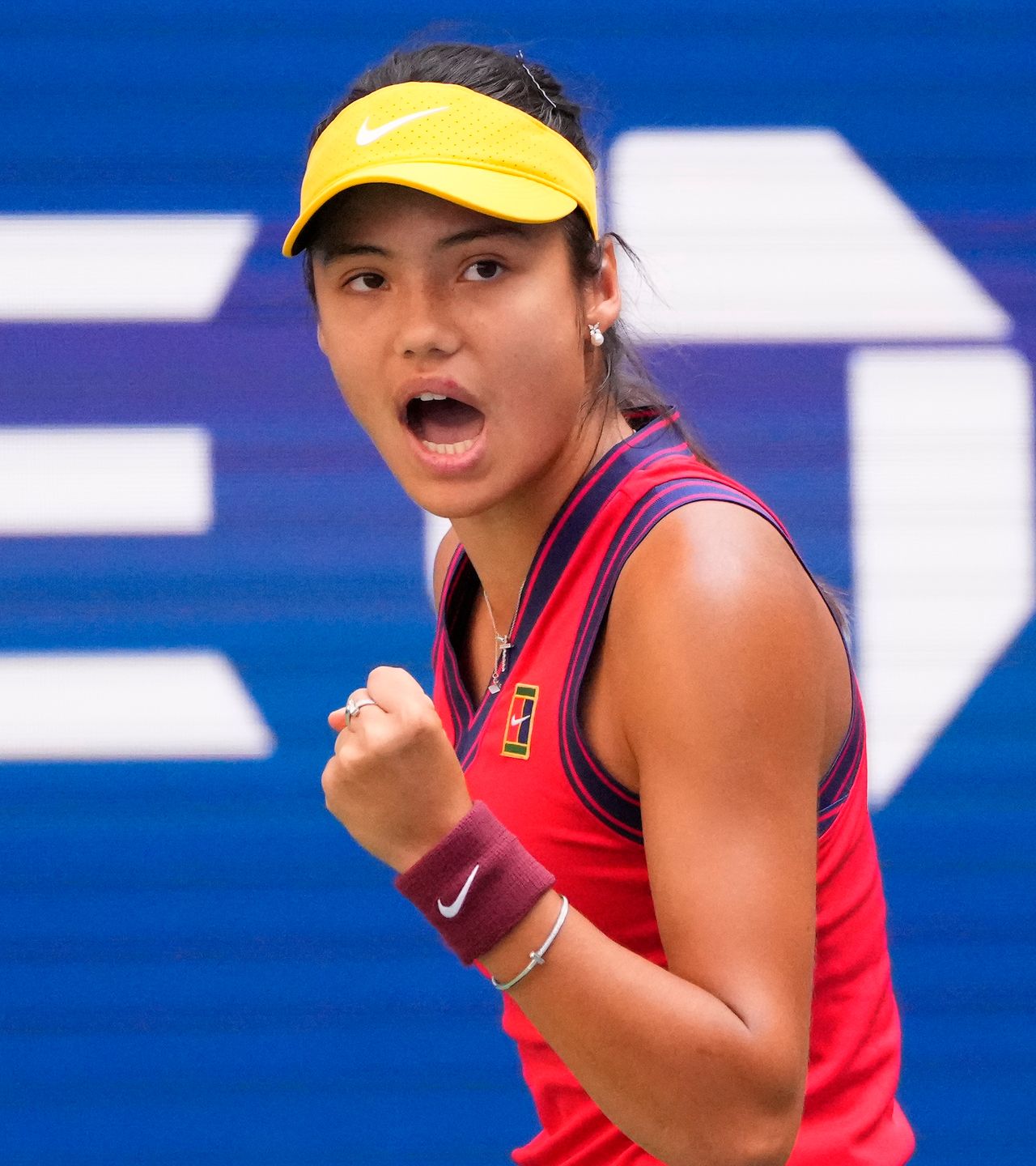 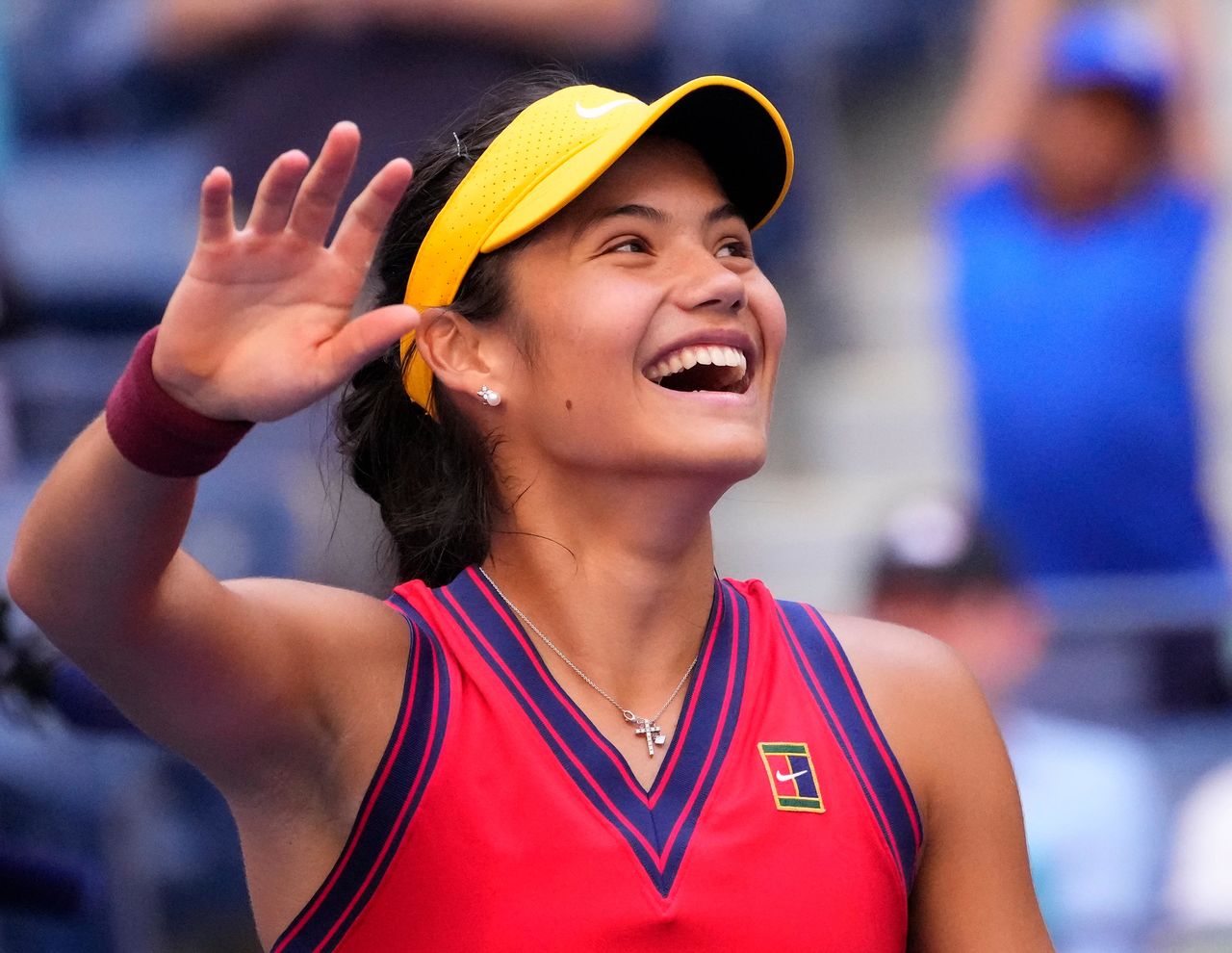