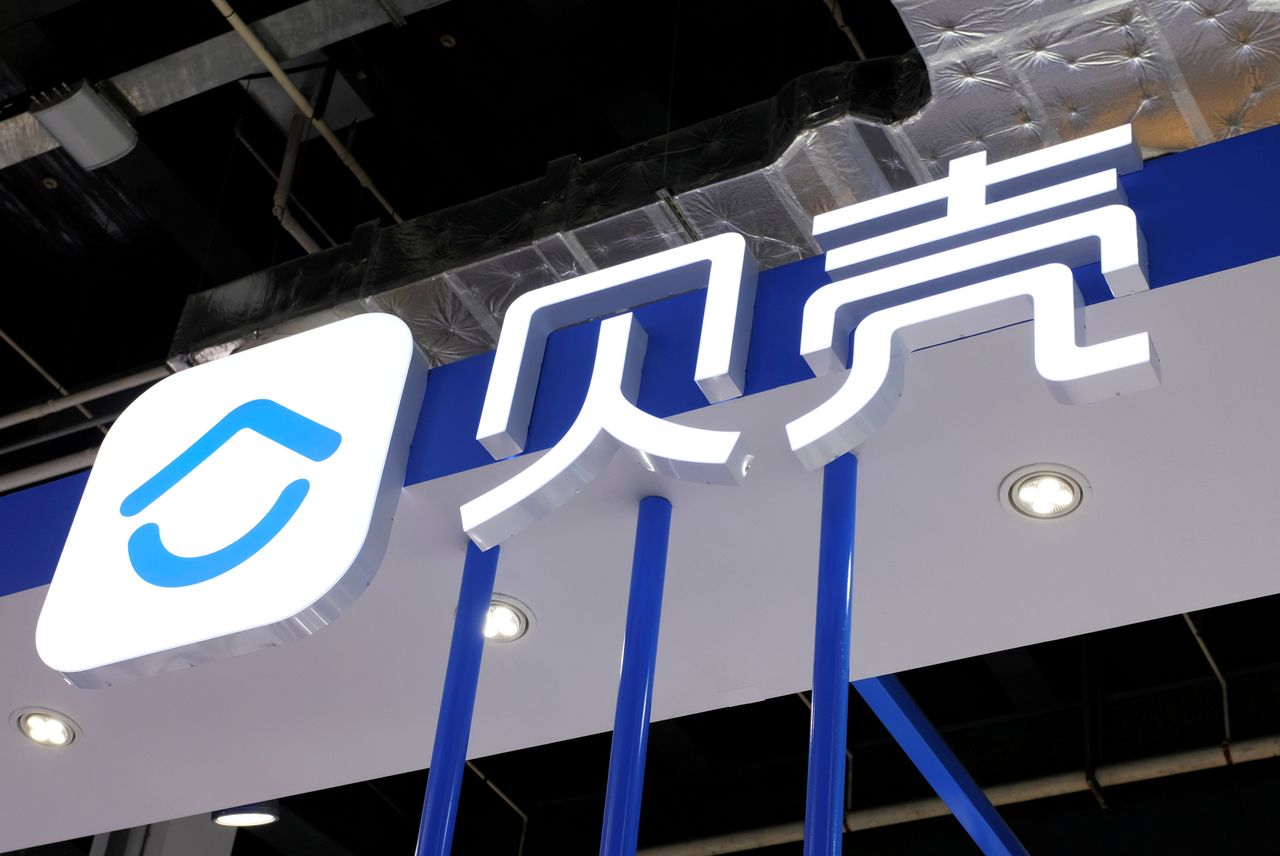 By Julie Zhu and Scott Murdoch

Beijing-based KE, which is backed by Tencent Holdings and SoftBank Group Corp, raised $2.1 billion in its New York IPO https://www.reuters.com/article/us-keholdings-ipo-idUSKCN2591B5 last year, making it the second largest U.S. listing for a Chinese company at the time.

The company, which matches buyers and sellers of real estate, is now exploring raising a similar sum in a dual-primary listing in Hong Kong, said one of the sources. The listing could happen as soon as the end of the year, said the source.

KE is one of the so-called "platform" companies in China that control vast amounts of data and are now being subjected to an unprecedented regulatory crackdown by Beijing. KE's planned listing shows that such companies are still exploring fundraising opportunities in the Asian financial hub, despite a dour outlook for their shares in the current regulatory environment.

Goldman declined to comment. The sources declined to be named as the information is not public.

A growing number of New York-listed Chinese firms have already either wholly or partially reduced their exposure to U.S. bourses by going private or returning to stock markets closer to home via second listings.

That move has been triggered by heightened scrutiny and stricter audit requirements for U.S.-listed Chinese companies from American regulators amid political tensions between the countries.

Investment banks other than Goldman that worked on KE's New York IPO are pitching for roles in the Hong Kong listing, said a separate person with direct knowledge.

Reuters reported in May that China's market regulator had begun a probe into suspected anti-competitive practices https://www.reuters.com/world/china/exclusive-china-launches-antitrust-probe-into-tencent-backed-property-broker-ke-2021-05-25 by KE, investigating whether the company forced real estate developers to list housing information only on its platforms.

China has also stepped up its scrutiny of the real estate market. KE warned last month that its third-quarter net revenue could drop by up to nearly 30% due to tighter market regulation.

Its shares quadrupled from the $20 issue price in August last year to nearly $80 in November but have since tumbled to the current level of $18.98. At that price, KE has a market capitalisation of $22.6 billion.

KE started with property brokerage brand Lianjia 20 years ago and grew into one of China's largest bricks-and-mortar property agents and later set up Beike as a separate online housing platform matching buyers and sellers, renters and landlords, as well as providing home finance.

Like many other offshore-listed Chinese internet firms, KE has a weighted voting rights (WVR) structure. Its late founder and chairman Zuo Hui controlled the company with his Class B shares that carry WVR.

Zuo owned such shares via a trust that gave him 77% voting power. After Zuo's death in May, his immediate family members, who don't sit on KE board, have become the beneficiaries of the trust, according to the company's filing in July.

That could pose obstacles to its Hong Kong listing, said one of the sources and another person with knowledge of the matter, as Hong Kong listing rules require beneficiaries of WVR to be members of the applicant's board of directors.

Both sources said one solution could be if Zuo's family members agree to convert class B shares, that are entitled to 10 votes each, to class A shares with only one vote each, thereby significantly curtailing the family's voting power.

One of them added the family members have yet to make up their minds on this and the deal might not take place later this year.