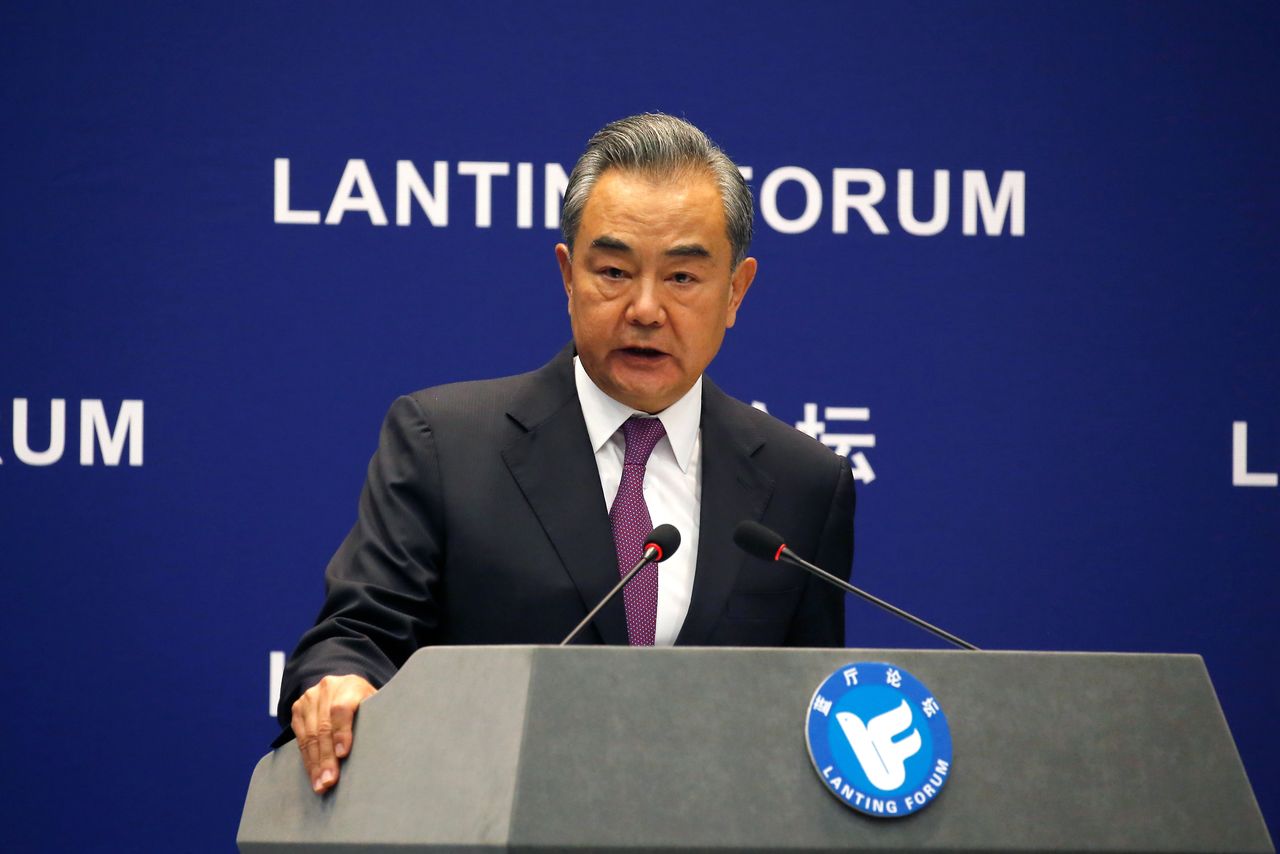 FILE PHOTO: Chinese State Councillor and Foreign Minister Wang Yi speaks at a Lanting Forum with the theme "China and the UN: Cooperation in 50 Years and Beyond”, in Beijing, China June 25, 2021. REUTERS/Tingshu Wang

Wang Yi, who is also a state councillor, will arrive in Seoul on Sept. 14 for a two-day stay and hold talks the next day with his counterpart, Chung Eui-yong, the ministry said.

"The two ministers plan to exchange in-depth opinions about the situation of the Korean peninsula and regional and global issues," the ministry said in a statement.

The ministry added that both sides would hold a separate meeting to explore ways to promote cultural exchanges ahead of the 30th anniversary of diplomatic relations next year.

A reactivation of inter-Korean hotlines in July boosted hopes for a restart of the denuclearisation talks. But North Korea stopped answering the hotlines as South Korea and the United States began their annual military exercises last month, which Pyongyang has warned could trigger a security crisis.

A day before Wang's arrival, the chief nuclear negotiators of South Korea, the United States and Japan will most likely meet in Tokyo, South Korea's Yonhap news agency reported.

Seoul's foreign ministry spokesman said that meeting has not yet been finalised.

The U.S. special envoy for North Korea, Sung Kim, said in Seoul late last month that Washington has no hostile intent toward Pyongyang and that he is ready to resume dialogue "anywhere at any time."

South Korea and China could also discuss a visit to Seoul by Chinese President Xi Jinping, which had been expected early last year but was postponed amid the pandemic.