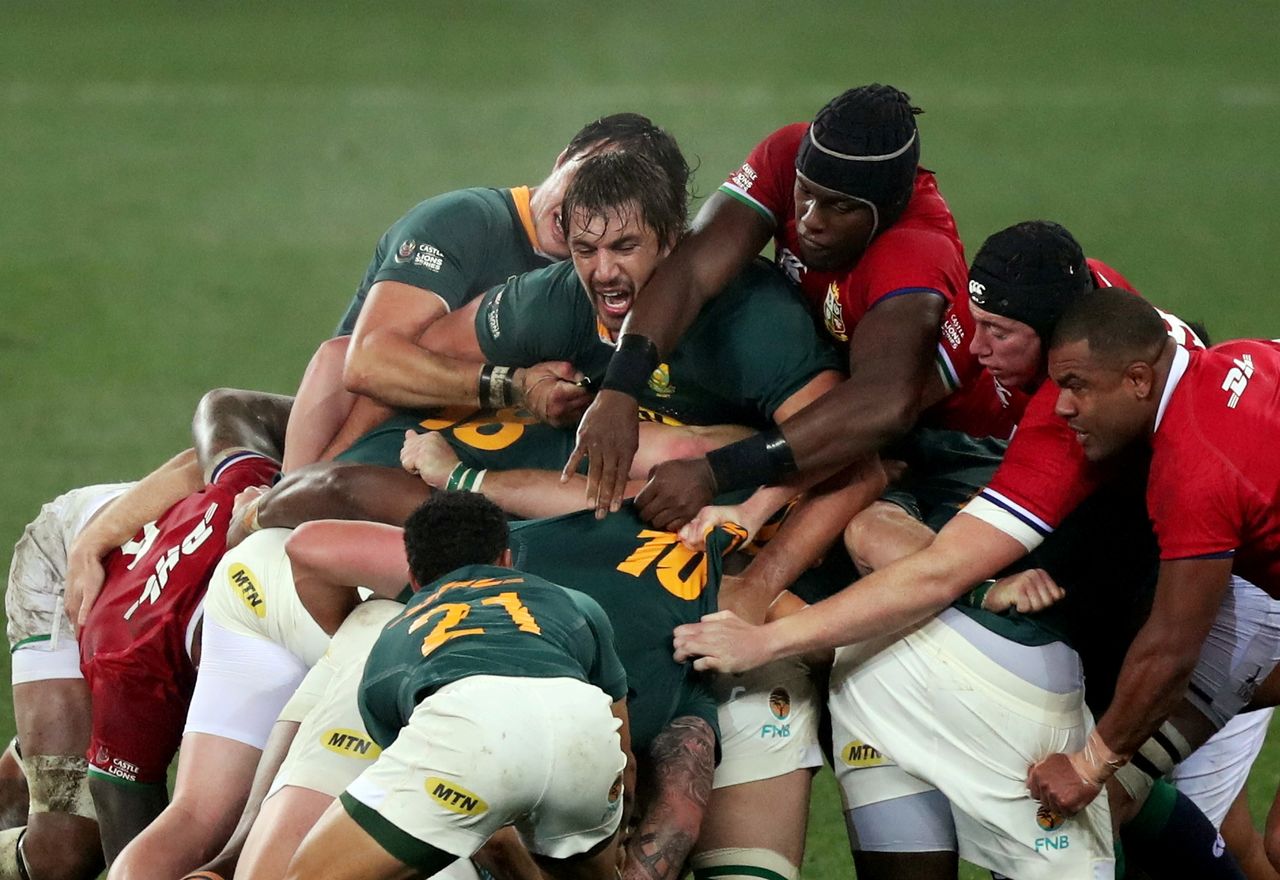 (Reuters) - Prop Ox Nche says South Africa have made no changes to their preparations as they gear up for the remainder of the Rugby Championship, where they will face Australia and New Zealand in a fascinating clash of styles.

The Springboks’ kicking game and forward-based strategy was well suited to beating the British & Irish Lions and Argentina in recent tests, but will require greater precision against the two teams Down Under that will look to attack them from all angles with ball in hand.

Front-rower Nche says that while they are aware of those threats, their build-up for a meeting with Australia on Sunday will be no different to how they prepared for their first test of the year against Georgia in July.

"We just go about our weekly routine, the same as what we did for the first test against Georgia, the British & Irish Lions and Argentina," Nche told reporters on Tuesday.

"We follow the same programme and have the same mindset, you do your preparations, you practice as hard as you can. Don’t change anything, just focus on this weekend and the challenge that is about to come."

What will be different for the Boks is playing in front of supporters for the first time since they lifted the Rugby World Cup trophy in Japan in November 2019.

Some of their overseas-based players have experienced fans in the stands, but for many in the squad it has been a long wait.

"I’m very excited. To have fans out there is going to be unreal, I can’t even remember what it feels like to play in a full stadium. I’m a bit nervous, but also excited," Nche said.

The Boks followed that World Cup win with victory in the Lions series and are also the reigning Rugby Championship holders after victory in 2019, but Nche said there is no chance of complacency creeping in.

"Everyone is aligned and has the same mindset. There is no-one that is complacent, whether they have played 100 or 50 caps, everyone wants to do whatever is best for the team and sacrifice what they have to," he added.

The Boks will announce their team on Tuesday for the clash with Australia in Gold Coast, with wing Cheslin Kolbe the only injury doubt after he last trained on Friday following a knock to the leg.