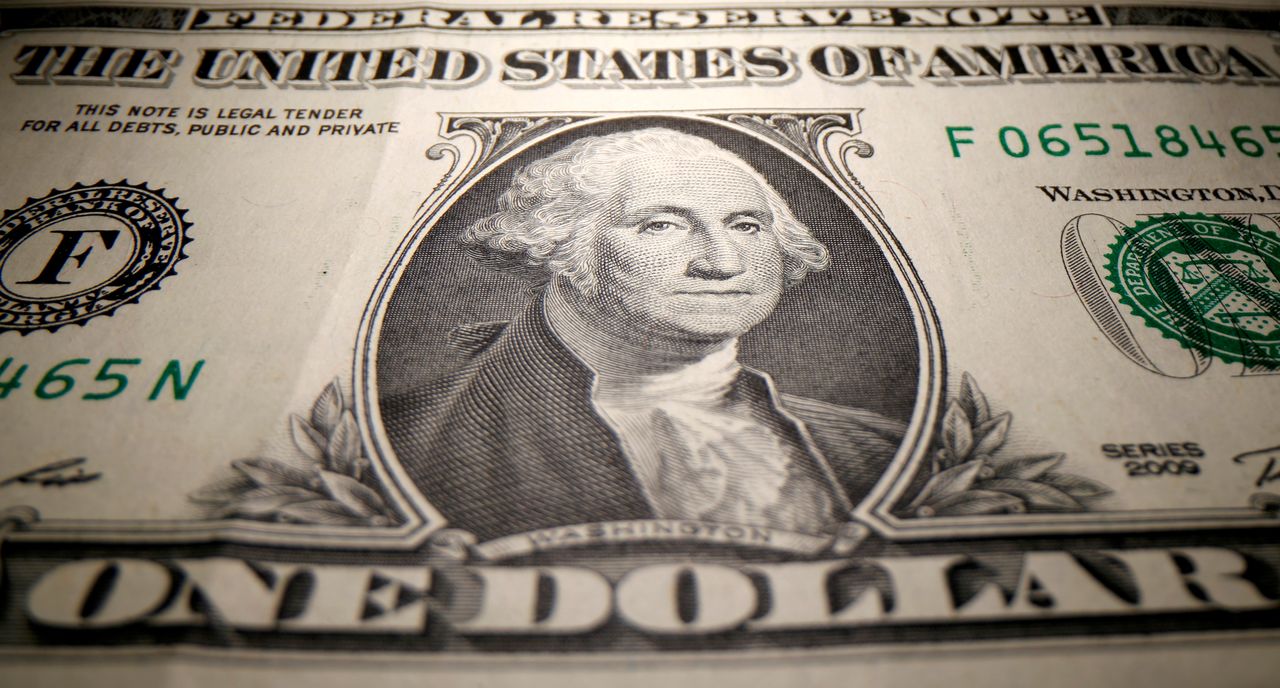 FILE PHOTO: A U.S. dollar banknote is seen in this illustration taken May 26, 2020. REUTERS/Dado Ruvic/Illustration

NEW YORK (Reuters) - The dollar pared gains on Wednesday as Treasury yields dipped after a Federal Reserve official offered a dovish outlook on the economy, and a day ahead of a European Central Bank policy decision.

He added, however, that it may be appropriate for the Federal Reserve to start reducing the pace of its asset purchases later this year if the economy continues to improve.

"The Fed is clearly in wait-and-see mode over the next couple of months to see how the economy holds up. Fed's Williams delivered some dovish comments that support the idea that the soonest the Fed could taper is December," Edward Moya, senior market analyst at OANDA in New York, said in a report.

Separately, the Fed said in its latest Beige Book that the U.S. economy "downshifted slightly" in August as the renewed surge of the coronavirus hit dining, travel and tourism.

Benchmark 10-year Treasury note yields fell to 1.33%, after earlier trading at 1.38%. The yields have risen since data on Friday showed that U.S. jobs growth slowed while wage inflation was higher than expected. [US/]

An uptick in inflation is complicating the picture for Fed officials who want to see further progress in employment before reducing bond purchases.

The euro dipped before the European Central Bank meeting set for Thursday. The ECB could tighten policy sooner than many anticipate as inflationary pressures could prove to be persistent, ECB policymaker Robert Holzmann said in a contribution to Eurofi Magazine on Wednesday.

Analysts polled by Reuters see PEPP purchases falling possibly as low as 60 billion euros a month from the current 80 billion, before a further fall early next year and the scheme's end in March.

The greenback also gained against Canada's loonie on worries that the global economic outlook is deteriorating even as the Bank of Canada looked past a soft patch in the domestic economy. [CAD/]

Sterling dropped after the British government on Tuesday announced a tax hike to fund health spending and social care.