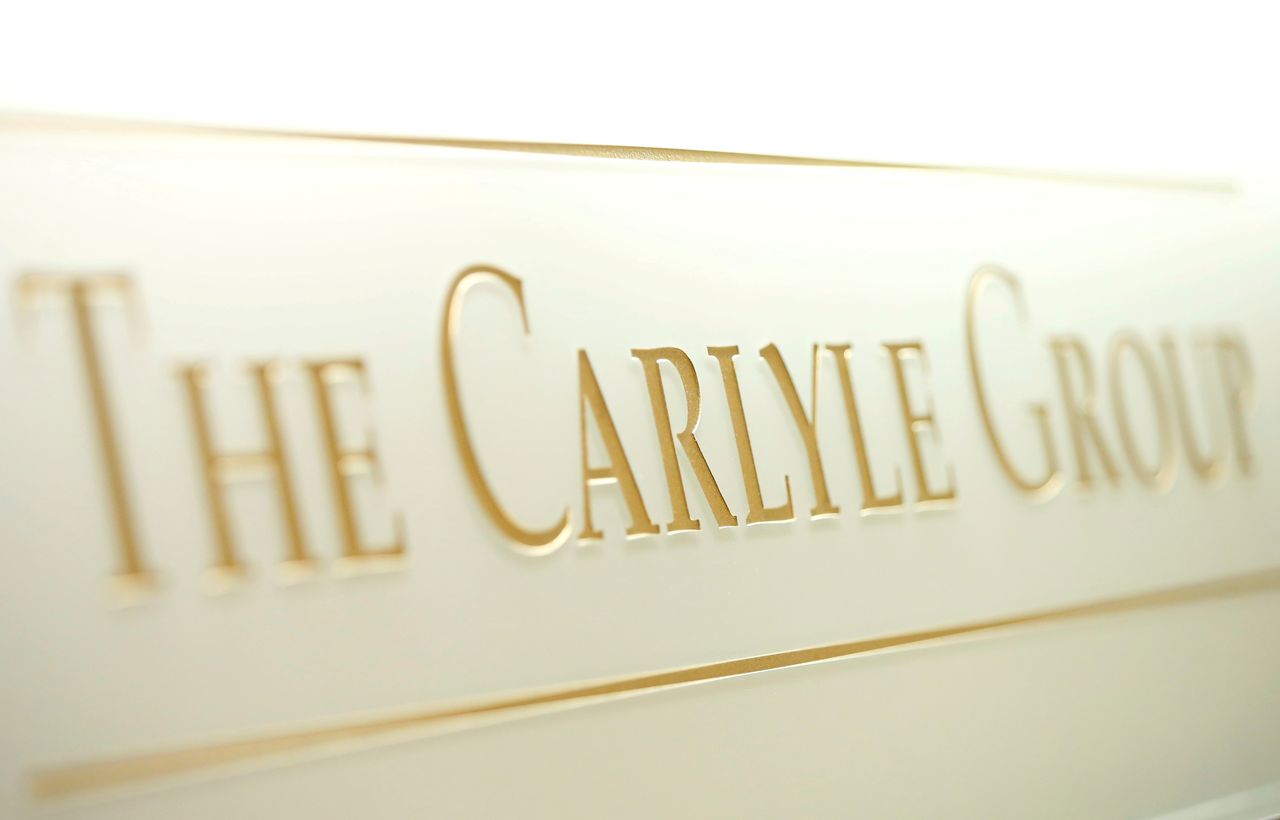 FILE PHOTO: The logo of the Carlyle Group is displayed at the company's office in Tokyo, Japan October 17, 2018. REUTERS/Issei Kato

The round, which also includes investments from fund managers Fidelity and Baillie Gifford, will be made through a combination of the allotment of new shares and a capital infusion at a valuation of about 135 billion yen ($1.22 billion).

Spiber makes plant-based protein polymers through microbial fermentation, which can be spun into animal- and plastic-free fibres for clothing, auto parts and other uses.

The 14-year-old company plans to use the proceeds to build a mass production facility in Iowa and to prepare itself for an initial public offering that it targets in several years, Spiber co-founder Kazuhide Sekiyama told Reuters in an interview.

Fuelled by excess global liquidity, funding raised by Japanese startups exceeded $3 billion in the first six months of the year, a half-year record, according to startup data provider INITIAL.

Some of the biggest funding deals this year involved global investors such as KKR and Sequoia Capital, helping expand the list of promising Japanese startups capable of raising large capital in the private markets.

Japan has less than a dozen unicorns - startups with a valuation in excess of $1 billion - partly because the relaxed listing criteria of the Tokyo bourse's emerging market section allows startups to go public in early stages.

Carlyle, a cornerstone investor in Spiber, plans to allocate about 10% of its $2.5 billion Japan-focused buyout fund to similar funding deals for startups.

"We believe we can help them grow their businesses, through M&As and overseas expansions," to an extent they are large enough to debut on the Tokyo bourse's main board or overseas, Carlyle managing director Yusuke Watanabe said in the same interview.