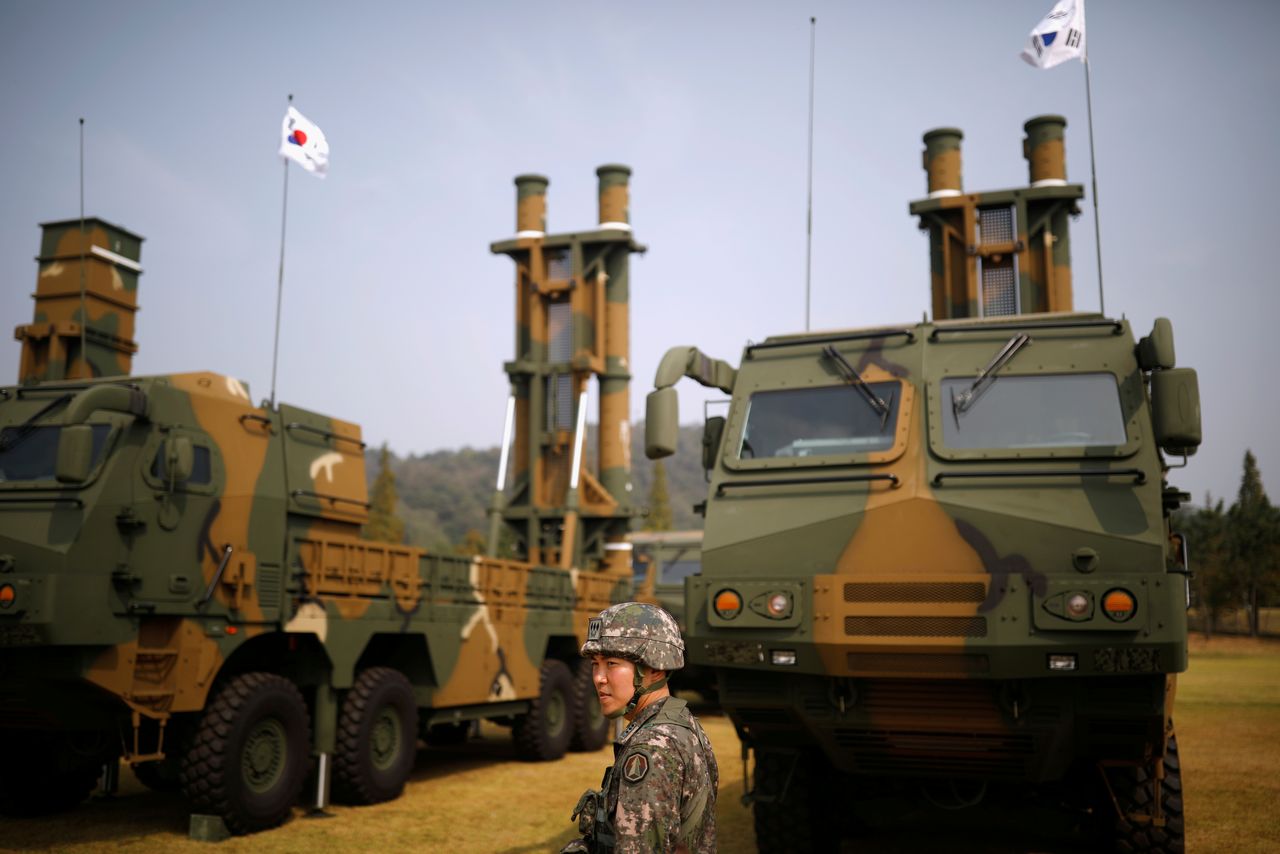 SEOUL (Reuters) - South Korea's development of a conventional submarine-launched ballistic missile (SLBM) is a ground-breaking move, analysts said, with implications for North Korea, the U.S. alliance, and even the prospect of nuclear weapons in South Korea.

Last week, South Korea conducted ejection tests of the SLBM https://www.reuters.com/world/asia-pacific/skorea-tests-first-submarine-launched-ballistic-missile-yonhap-2021-09-07 from its recently launched Dosan Ahn Chang-ho KSS-III submarine, Yonhap news agency reported, showcasing a unique capability. It is the only nation to field such weapons without nuclear warheads.

Seoul says the conventionally armed missile is designed to help counter any attack by North Korea. Analysts say the unusual weapon also checks many other boxes, including reducing South Korea's reliance on the United States and providing a foundation if it ever decided to pursue a nuclear arsenal.

South Korea's ministry of defence declined to confirm the tests, but said it is pursuing upgraded missile systems to counter North Korea.

South Korea's sub-launched missile, believed to be a variant of the country's ground-based Hyunmoo-2B ballistic missile, with a flight range of about 500 kilometres (311 miles), is smaller than the nuclear-tipped SLBMs developed by the North.

H.I. Sutton, a specialist in military submarines, said the South's technology is more advanced, however, and called the combination of an SLBM with the submarine's quiet Air Independent Propulsion system a potential "game changer."

"In these respects it is the most potent conventionally powered and armed submarine in the world," he wrote in a report for Naval News.

South Korea's SLBM is one of a wide range of conventional missiles that the country is developing to augment its "Overwhelming Response" doctrine, said Ankit Panda, a senior fellow at the U.S.-based Carnegie Endowment for International Peace. The doctrine is an operational plan for strikes to pre-empt a North Korean attack or incapacitate its leadership in a major conflict.

"The SLBM is nominally justified in these terms, granting South Korean planners a highly survivable conventional second strike option in the face of North Korean attack; these missile systems would punish North Korea's leadership in the case of an attack on the south," he said.

Although submarine-launched ballistic missiles are usually associated with nuclear weapons, that does not mean South Korea has them or is pursuing them, he said.

"However, should the alliance with the United States fray in the future or South Korea's national defences needs drastically shift, these SLBMs would provide an immediately available foundation for a limited, survivable nuclear force," he added.

For now it is just an academic debate, but one that has made its way into the current South Korean presidential campaign, with some conservative candidates arguing that the country should seek a nuclear deterrent either on its own or by hosting American weapons, as some NATO allies do.

The United States removed its battlefield nuclear weapons from South Korea in 1991, but has continued to protect its ally under a "nuclear umbrella."

But recent years were tumultuous for the U.S.-South Korea alliance, with then-U.S. President Donald Trump pressing Seoul to pay more for the American military presence there, and even suggesting that countries, including South Korea and Japan, may need to develop their own nuclear weapons.

“It is unrealistic to prevent us from our own nuclear armament when North Korea has not given up its nuclear weapons yet," presidential candidate Yoo Seung-min said last month.

The SLBM programme doesn't appear to be part of elaborate plan to hedge toward nuclear weapons, said Joshua Pollack, a researcher at the James Martin Center for Nonproliferation Studies who co-wrote a report last year warning that advances in conventional missiles in both Koreas have helped create a new pathway for a crisis.

"It simply looks like South Korea is trying to catch up with North Korea https://www.reuters.com/article/us-northkorea-missiles-southkorea-analys-idUSKBN2BM0G8," he said. "For decades, each side has been determined to show that it is more advanced and capable."

Later that year, North Korea said it had successfully test-fired a new SLBM from the sea, and in January it showcased a new SLBM design https://www.reuters.com/article/us-northkorea-politics-idUSKBN29J2YG during a military parade in Pyongyang.

One Western diplomatic source said it was likely that other countries would follow South Korea's lead.

So far the test launch has not elicited public responses from officials in North Korea, Japan, China or other nearby countries, but South Korea’s neighbours are bound to ask tough questions, Pollack said.

"The loser here is the entire region, in the throes of a multi-sided missile race https://www.reuters.com/world/asia-pacific/caught-between-china-us-asian-countries-stockpile-powerful-new-missiles-2021-07-20," he said.