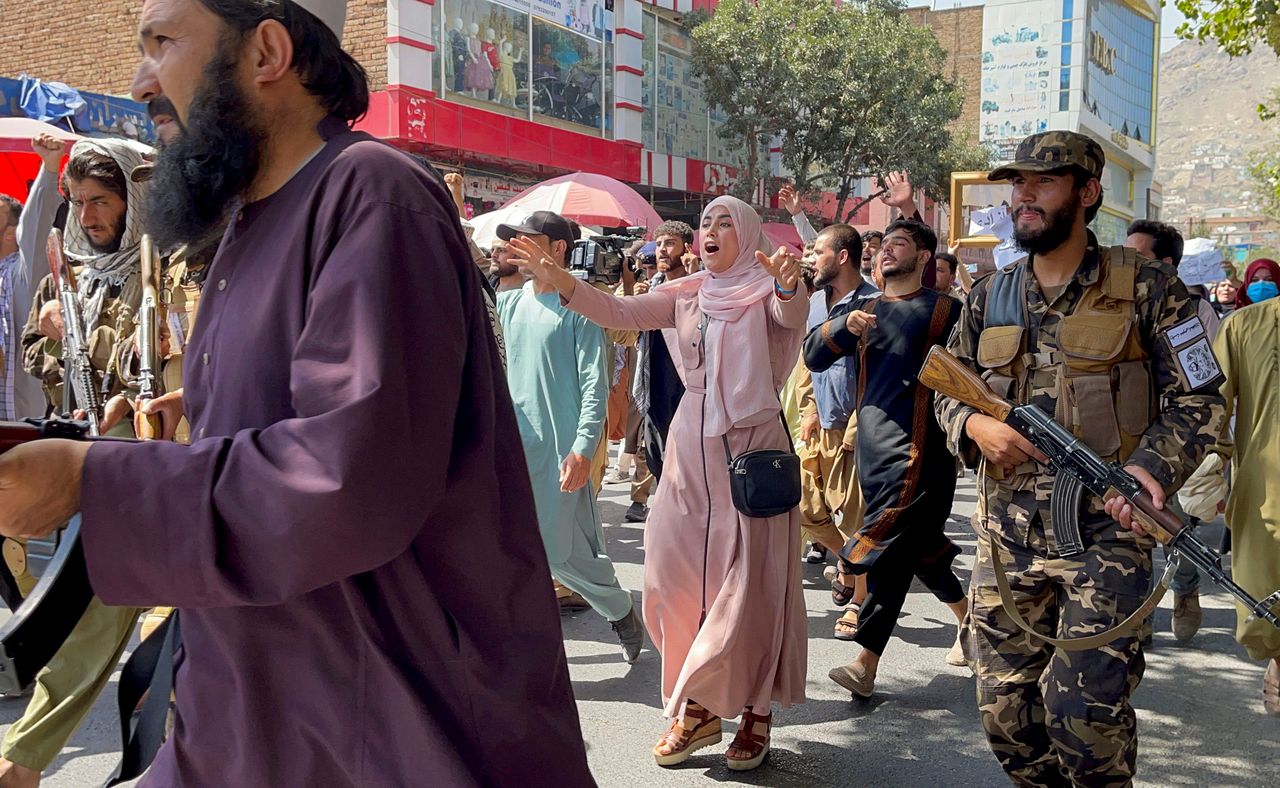 Taliban leaders filled all the top posts in Tuesday's government list - which had no outsiders and no women - while an associate of the group's founder was named prime minister and the interior minister figured on a U.S. terrorism wanted list.

The structure of the new government runs counter to advice to the Taliban from world powers for an inclusive government, backing up its pledges of a more conciliatory approach that upholds human rights, if it sought peace and development.

"The announcement of a transitional government without the participation of other groups, and yesterday's violence against demonstrators and journalists in Kabul, are not signals that give cause for optimism," he said.

Afghans who enjoyed major progress in education and civil liberties over the 20 years of U.S.-backed government remain fearful of Taliban intentions and daily protests have continued since the Taliban takeover.

Maas said, however, that Germany was willing to keep talking to the Taliban in a bid to ensure more people were able to leave the country, hit by food shortages and a halt in international payments.

China, which shares a border with Afghanistan, had urged the establishment of an "open and inclusive" government after the Taliban seized power, amid the chaos following the withdrawal of U.S. troops.

A foreign ministry spokesperson said in Beijing on Wednesday that China viewed the establishment of the new government as a necessary step towards reconstruction in Afghanistan.

"We hope the new Afghanistan authorities will listen broadly to people of all races and factions, so as to meet the aspirations of its own peoples and the expectations of the international community," Wang Wenbin told a daily briefing.

In Tokyo, a top official said Japan was monitoring the actions of the Taliban and would keep up co-operation with the United States and other countries, while expressing concern over the safety of citizens in Afghanistan.

"Through various efforts, including practical dialogue with the Taliban, we are doing the utmost to ensure safety of Japanese nationals and for local staff who remain," said Chief Cabinet Secretary Katsunobu Kato.

He also promised support for Japanese who wanted to leave the south Asian nation.

The United Nations has said basic services are unravelling in Afghanistan with food and other aid about to run out. More than half a million people have been displaced internally in Afghanistan this year.